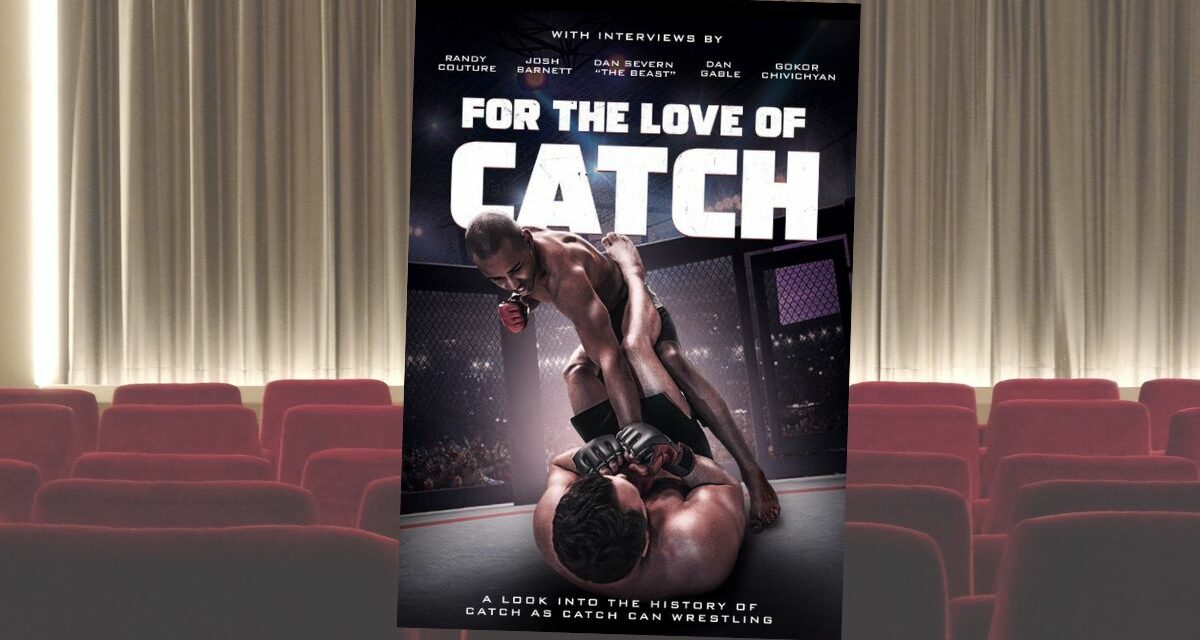 Over the last few decades, fans of professional wrestling have heard Jim Ross occasionally interject the term “catch-as-catch-can” into his television commentary. While not as quintessentially “JR” as “slobberknocker” or “stomping a mud hole,” it’s nevertheless a common enough element of his vernacular for fans to have noticed its use. Few, however, likely realize that the much-hyphenated idiom refers to a form of wrestling that has had a profound and lasting influence on many of the major combat sports in the western world.

For the Love of Catch, directed by Curran Jacobs, takes a dive into the history of catch-as-catch-can wrestling (or catch wrestling for short), its methods, its prominent practitioners, and its influence on a variety of sports including amateur wrestling, boxing, Brazilian Jiu Jitsu (BJJ), MMA, and of course, professional wrestling. A fast-paced, informative, and even touching film, For the Love of Catch is probably the best professionally-produced primer on the subject to date. Fans across the combat sport spectrum will certainly take a great deal away from it. Dedicated wrestling historians will also find much to enjoy in Jacobs’ documentary, but they will also recognize some holes that could have been quickly and easily filled to further strengthen the director’s solid foundational premise that catch-as-catch-can is a critical linchpin in the development of modern combat sports.

For the Love of Catch joins a small cohort of documentaries in exploring the history of catch wrestling, including Mike Todd and Ian Bennett’s 2005 Catch: The Hold Not Taken, and the recent Canadian-produced documentary The Terrible by Cem Guler. While Todd and Bennett place more of an emphasis on the British wrestling scene, and Guler looks at the career of a single athlete, “Terrible Turk” Yusuf Ismail, Jacobs casts a wider net to look at catch wrestling’s history and legacy from multiple angles. With a heavy emphasis on how catch shaped the subsequent evolution of multiple combat sports, the film is in many respects an expansion, through the medium of film, of the thesis posited by Jake Shannon in his 2011 book Say Uncle! Catch-As-Catch-Can Wrestling and the Roots of Ultimate Fighting, Pro Wrestling and Modern Grappling, which likewise surveyed catch’s impact on the fighting arts that we know and love today. 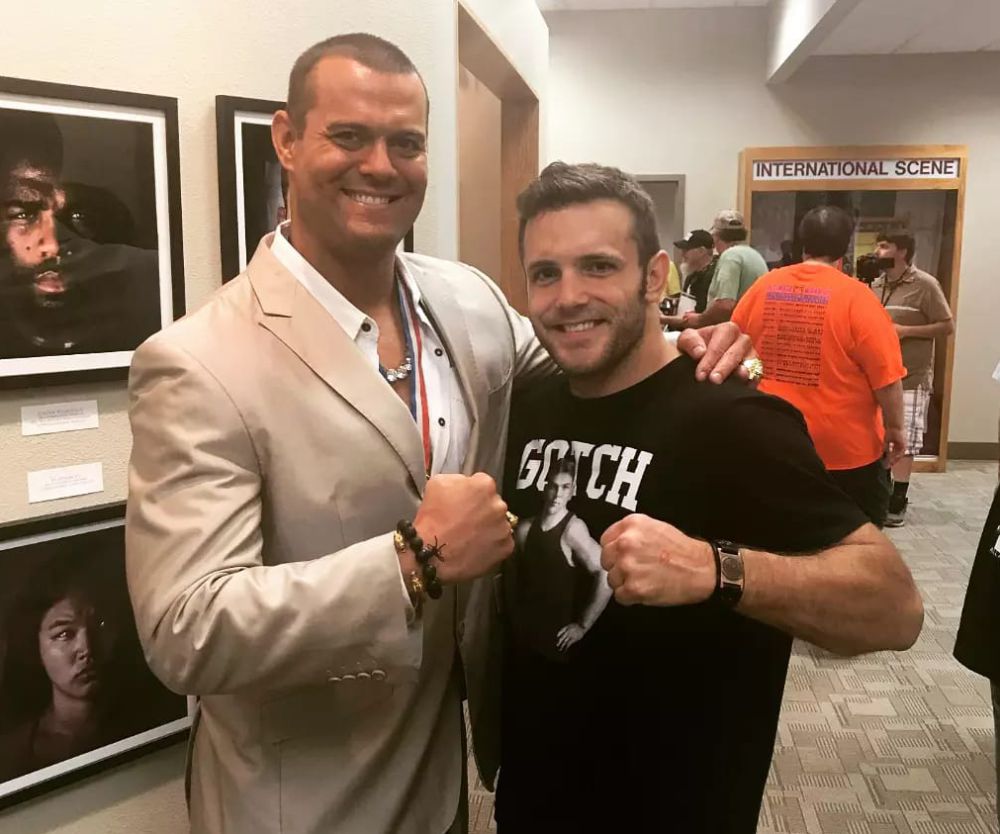 Jacobs’ film can, at least in part, be categorized as a participatory documentary, where he travels the American Midwest on a road trip with legendary wrestling journalist, and Frank Gotch authority, Mike Chapman. Between visits to important wrestling landmarks and in-person interviews with mat luminaries such as Dan Gable and Tom and Terry Brands, For the Love of Catch features commentary from a wide variety of figures in the contemporary catch wrestling world, most of whom have extensive coaching and competitive backgrounds. The sheer number of participants in the film is impressive, and Jacobs went to considerable lengths to ensure that many of the significant individuals and organizations associated with present-day catch wrestling were represented. The film also pays homage to a number of professional wrestlers who kept the art of catch alive after the mid-twentieth century, among them Karl Gotch, Billy Robinson, Gene LeBell, Roy Wood, and Billy Wicks. Unsurprisingly, given Mike Chapman’s participation, much of the historical focus is on Frank Gotch and the wrestlers who were directly within his orbit during the late nineteenth and early twentieth centuries.

For the Love of Catch covers a great deal of ground in 75 minutes and never drags. Most of the participants were lively, passionate, and insightful. Moreover, given that almost all of them specialize in the physical end of things, their general knowledge of catch wrestling’s history was quite impressive. Particularly notable in this respect was former Greco-Roman standout, multiple time UFC champion, and catch wrestling practitioner, Randy Couture. Mike Chapman, as always, is a great storyteller, and has the ability to make the ghosts of the past come alive as he accompanies Jacobs to various ports of call.

While For the Love of Catch generally does a solid job outlining the broad strokes of catch wrestling history, the over-reliance on athletes and coaches to tell that history (knowledgeable though they are) results in some gaps. For example, the connections between catch-as-catch-can wrestling and BJJ might have been further strengthened through an exploration of Mitsuyo Maeda’s participation in the famed 1908 Alhambra tournament or the interactions between the Gracie family and various internationally-known professional wrestlers operating in Brazil during the 1930s. Further, the development of catch-as-catch-can in Great Britain and the United States are almost treated as separate phenomena. However, the link between the sport in both countries could have been reinforced through a discussion of some key figures such as Edwin Bibby, Joe Acton, and Tom Connors who, emigrating from Lancashire in the 1880s, helped to popularize catch across North America. Tom Connors is perhaps most vital in this respect since “Farmer” Burns, who features prominently in the documentary, was one of his students. While Mike Chapman is undoubtedly the world’s foremost authority on the career of Frank Gotch, drawing additional expertise from specialist historians such as Robert Drysdale, Mark Hewitt, Scott Teal, or Scott Beekman (with perhaps one or two fewer athletes/coaches) would have rounded out the gaps in the film without adding unduly to the run time.

Overall, For the Love of Catch is a highly watchable and informative documentary. As an athlete, Curran Jacobs competed in, and won, one of the most grueling grappling tournaments in recent memory, the 2018 Catch Wrestling World Championships. In doing so, he certainly did justice to the legacy of the many catch wrestlers who competed under similarly arduous conditions in back room “shoots” and in carnivals a century or more ago. This film, his directorial debut, represents the extension of that passion for catch-as-catch-can into a medium, and should be enjoyed by athletes and fans across the combat sports world.