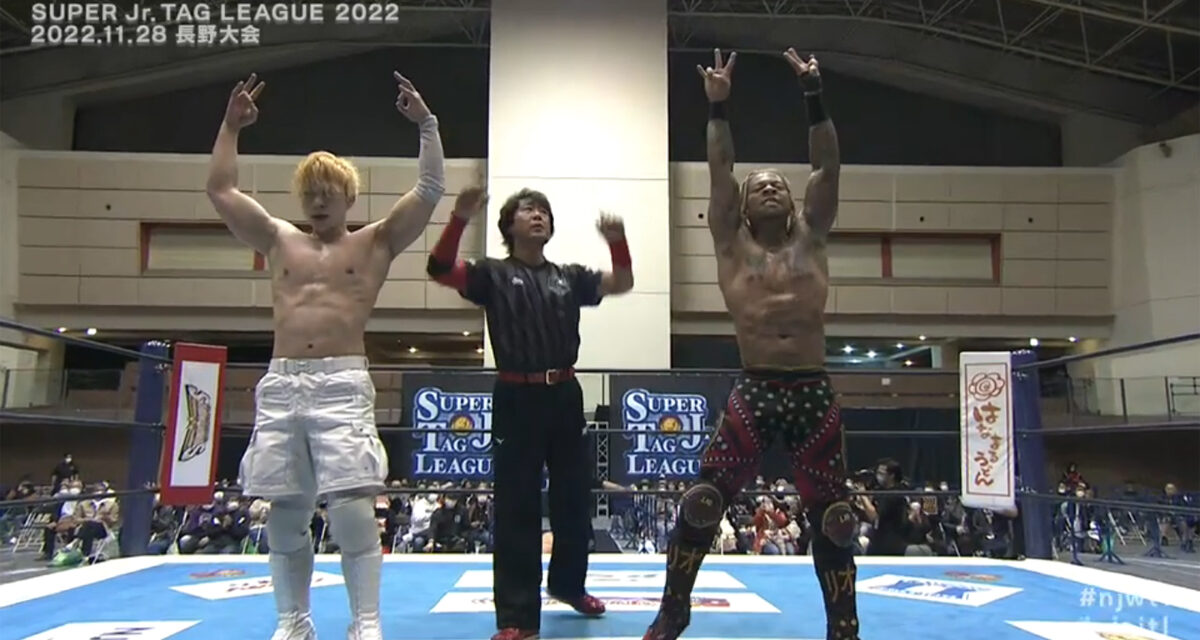 The Impact Team of Ace Austin and Chris Bey were handed their first loss of the Super Junior Tag tournament tonight. The red hot team of Lio Rush and YOH defeated them on night five. Bey and Austin had Yoh set up for the pin but Yoh kicked out shocking Bey. Rush hit Austin with a stunner. Yoh followed up knocking Bey into next week with a super kick. Yoh took out Austin on the floor as Rush pinned Bey with a frog splash from the top rope. Five teams are now tied for first place: Ace Austin and Chris Bey, Lio Rush and YOH, Francesco Akira and TJP, EL LINDAMAN and Alex Zayne, Titán and Bushi.

Henare gets the win for the United Empire.

Shingo and Taichi play the counted-out game but each beats the count back into the ring after brawling on the floor. Taichi pins Shingo with a Superman Pin.

Akira nabs SHO’s wrench before he can. He throws it to TJP who fakes being hit with it. The House of Torture claims innocence. United Empire clobbers Togo with their double running knee strikes.