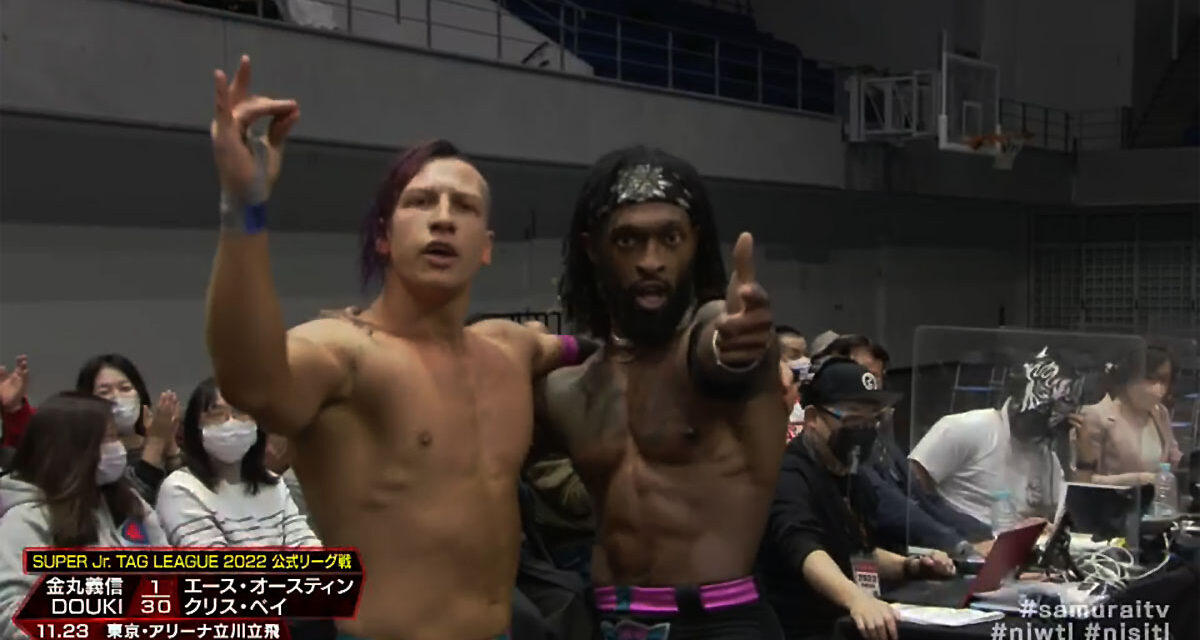 The team of Yoshinobu Kanemaru and Douki as well as Dick Togo and Sho remain winless and haven’t earned any points so far.

The match between Robbie Eagles and Tiger Mask versus YOH and Lio Rush was one of the best tag matches I have seen in some time though. It was just a lot of fun. Yoh and Rush ended up winning with a 3K on Mask.

Another Young Lion win with the Boston Crab.

Owens gets the win for Bullet Club with a simple running knee strike on Jado.

After they fight on the floor forever Taichi beats Takagi back into the ring. Takagi gets counted out. In the post-match shenanigans Lance Archer holds Hiromu so that Desperado can batter him senseless.

While the official is distracted, Yujiro Takahashi comes in with his cane. Kenta ducks and Yujiro hits Togo. Kenta whips Yujiro into Evil and knocks them both off the apron with a double handspring back elbow. He pins Togo with a bridging suplex.

As Bushi holds Taguchi in an MX, Titan hits him with the double stomp off the ropes.

Douki has Austin in his submission move but Bey splashes Douki from the top rope. Austin lifts Bey into the air for a diving cutter. Austin pins Douki with The Fold.

Zayne misses his Cinnamon Twist. He then goes for the Taco Driver but TJP rolls him up for the two points.