Mat Matters: Tyrus’ politics should mean nothing in the ring 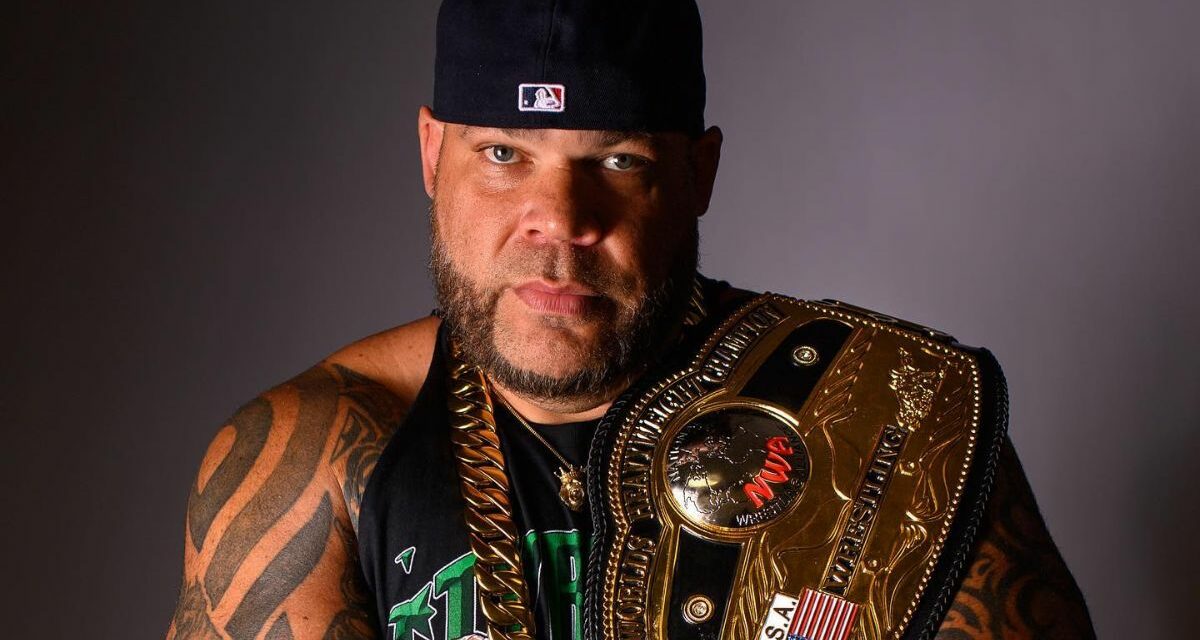 Before we get into this fine mess, let me issue a public service announcement: I don’t support the left or the right. I am a centrist. I have gone on public record many times stating that I believe the right and the left are archaic ideologies. The solutions to the problems in today’s world need broader solutions and in my mind those two ideologies have caused more harm than good and the extremist elements of those ideologies do more to divide people than unite them.

Also, the political climate is very different here in Canada. For one thing, we have more than two official parties. For another, our parties tend to hug the middle so as to play to the mainstream. Also, politics is not foremost in the minds of most Canadians… unless it is election time and then some wave their flags. It is often considered rude to ask someone their political affiliation. It is often said that the only way to really upset Canadians is raise the taxes on our beer, mess with our television/streaming or with our universal health care, which is untouchable. Otherwise, we are pretty chill.

The other thing to briefly note is that here in Canada we get American TV networks, news broadcasts, TV shows and pop culture 24/7. To further that, I even took an American History course in my Canadian high school.

Now, on with our show…

NWA putting its World championship on Tyrus at Hard Times 3, you know, the dude who used to break it down in the middle of a WWE ring with The Funkadactyls as Brodus Clay and went on to host shows on… FOX News… is bringing the Gasps! Eeeeks! and Yikes! from some.

Loosely translated, they believe Tyrus shouldn’t represent the company, shouldn’t succeed in his career, shouldn’t earn even more money for his family, shouldn’t be permitted to essentially be a part of the “American Dream” because of which box he happens to put an ‘X’ beside at the ballot box.

If he happened to check what they believe is the right box, most of Tyrus’s critics wouldn’t have a problem with him being the face of the NWA. This is when you know America’s obsession with making politics their favorite past-time has gone too far… and this is all coming from me, someone who has never been a fan of Tyrus in the ring or FOX News, ever.

Okay, Tyrus was pretty decent in Impact Wrestling. I will give him that.

One of those who opposes Tyrus’s reign is Nick Aldis. He is so incensed that he wants to leave the NWA at the end of his contract. Yes, he is willing to sacrifice his wrestling career, his way of making a living to feed his family, because he doesn’t like who Tyrus would vote for even though that has nothing to do with his wrestling persona.

Think about that. He is going to quit his job because of one title reign by one wrestler.

I hope now you see why it was important to me to let you know that I had given my notice to the NWA BEFORE this ppv. What was once a promising endeavour that I turned down bigger opportunities to take the lead on, has become the most toxic brand in pro wrestling. Thank you all for the support.

The “most toxic brand in pro wrestling” he says in a world where the WWE and XPW exist?

Funny how with all their storylines and angles before NWA were never “toxic” to Aldis. No problem at all UNTIL Tyrus became champion. Why does Aldis believe that he has the right to dictate terms to the owner of the NWA, Billy Corgan? Why does he think he can decide the direction of the company? That is like an actor telling a director or a producer what to do or what film to make. 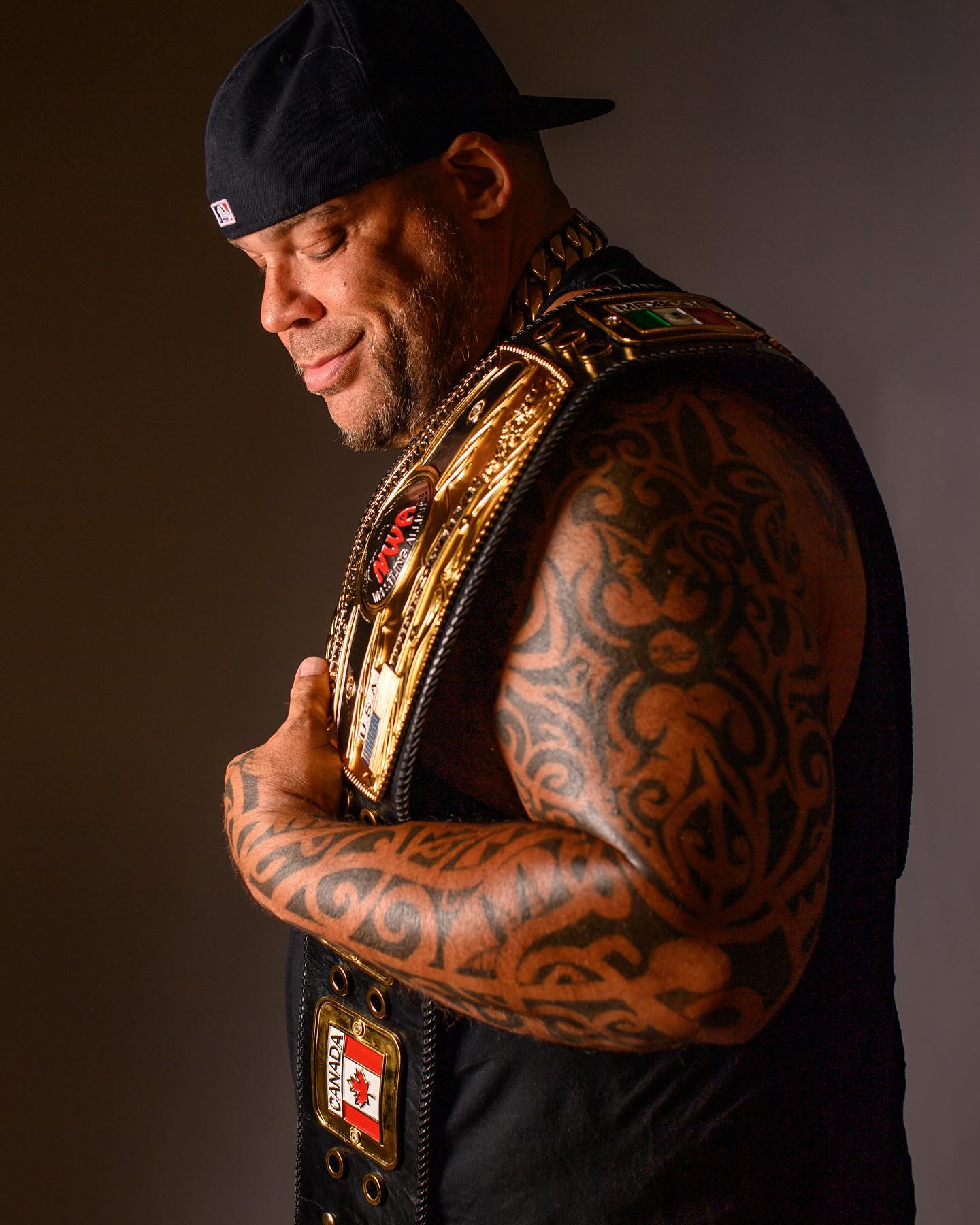 NWA World champion Tyrus in a photo shoot after his win at Hard Times 3. NWA photo

Aldis also somehow thinks that by cutting his nose off to spite his face that other companies wouldn’t think twice about hiring him when he does business like this and makes decisions like this.

Plenty of other companies also have champions who are Democrats, who are Republicans or anything in-between. Will he stomp his feet, take his ball home if they rise to become the face of the promotion too, even though their political beliefs never enter their roles in front of the cameras?

Furthermore, are we to assume that Aldis will no longer watch any TV show or movie featuring Kelsey Grammer, Tim Allen, James Woods, Clint Eastwood, or Dennis Quaid? 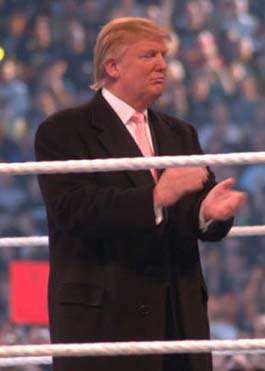 Are we to assume Aldis will never, ever work for the WWE due to the very close ties they have with that clown Donald Trump, Republicans like Ron DeSantis or that the WWE has prominently featured people like Arnold Schwarzenegger in the past?

If Aldis’ anger comes from Tyrus being accused of sexual harassment, will he not work for the WWE or AEW because Mike Tyson was actually convicted and served six years for rape?

I mean, if he were a man of such principles that he is willing to quit his job over them then he would follow through in all aspects of his life and career, wouldn’t he?

We wait with bated breath.

Seeking to clarify his comments Aldis said this in an interview with Wrestling Inc. : “I’m not trying to get into the political stuff,” Aldis said. “That’s not interesting to me. Politics in this country is very, very split. Very divided. And I’m a centrist. However, I feel like as a brand, you should do your best to be apolitical as well. … And that’s not really the meat of the matter. It’s more about the audience [having] been telling them one thing for a long time, and Billy specifically has been disregarding them and doing the complete opposite, almost out of spite.”

Talk about speaking out of both sides of your mouth. Aldis says politics doesn’t matter to him but doesn’t think NWA is “apolitical” because they elevated Tyrus. Again, funny how Aldis didn’t think NWA was doing anything wrong when they made Cody their champion, a man who has hasn’t danced around his political views in the past and said he would like to run for the “Senate in the great state of Georgia”.

As a Canadian, Aldis’ decision makes as much sense to me as the owner of an American restaurant not serving customers because of they are Republicans or a cake shop not serving a couple because they are transgender. This notion of mixing business and politics is so foreign to me and I would hazard to guess most Canadians too.

I have worked with and am friends with people of all sorts of political backgrounds. All I care about is that they are good people at heart, are fantastic colleagues and don’t think Rob Zombie’s The Munsters was a masterpiece.

What is also odd is that there are some people who cannot for the life of them separate the art from the artist, especially when it comes to actors and wrestlers. When I saw Tom Cruise in Top Gun: Maverick, I saw Capt. Pete “Maverick” Mitchell. I didn’t see that dude who jumped up and down like a crazy man on Oprah’s couch. When The Undertaker kidnapped Stephanie McMahon I didn’t demand that Mark Calaway be arrested immediately.

And what’s this fear of people having a platform to voice their opinions or people being able to hear different points of view and making up their own minds anyways? In the world I grew up in, vigorous debate was encouraged and was a sign of a healthy democracy.

Silencing people just because they don’t agree with you, deplatforming them seems to be the stuff of Fahrenheit 451 or George Orwell’s 1984. Why are some people, who are confident in the stands they have taken, so afraid of free thought, freedom of expression, dissenting voices and ideas that challenge their own? All of this over wrestling, a form of entertainment which most people in the mainstream don’t take seriously to begin with. It makes you wonder, eh?