Raw: A new Theory is born 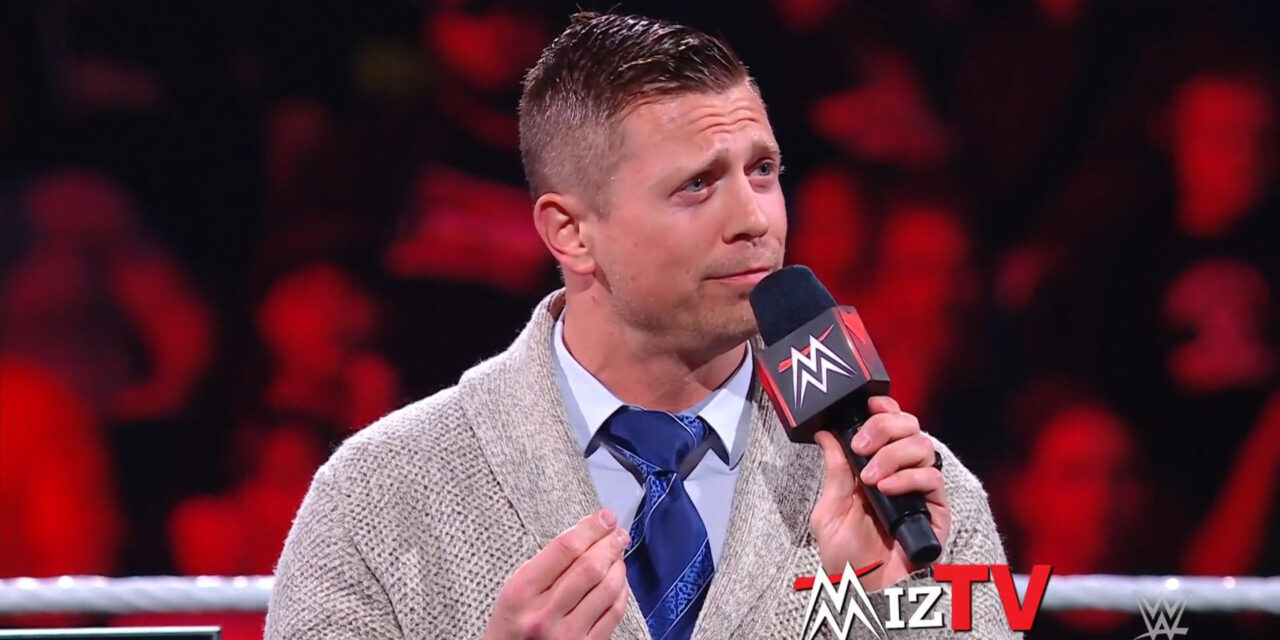 We’re kicking off tonight’s edition with a very babyface Seth Rollins. He brings up Austin Theory’s cash-in and the crowd chants “That was stupid!” Correct.

Rollins confirms he’ll face Finn Balor tonight in the main event, but before he can say anything else Bobby Lashley comes out, dressed for competition. Lashley says beatings will continue until Lashley gets his U.S. Championship back.

Mustafa Ali is out next though with a ref at his side. Ali rushes the ring and gets tossed out quickly. Ali comes back into the ring, but gets dumped again. Rollins makes a stealthy escape. Looks like we have a mtch.

Two points of interest – Lashley looks like his left pec has been sealed up with packing tape, and the U.S. belt looks more colorful than in the past.

Power display for Big Bob with Ali showing heart. The beating continues without Lashley going for a cover. Big Bob seemingly wants a KO victory while the crowd calls out, “One More Time!”

Ali starts to muster some offence, but Lashley turns it around and puts it away with the Hurt Lock. Hey, no commercial break!

Backstage, Cathy Kelley interviews The O.C. It’ll be AJ Styles vs. Finn Balor at Survivor Series. Mia Yim, or Mi Chin, is up next with her first bout back in WWE.

The overall issue is that Mia Yim doesn’t have a lot of exposure in WWE overall. A highlight package would have served well.

Tamina misses the Snuka Splash and Yim takes over big time. Damage CTRL is watching from the back and Papi is watching ringside with her Hijo as Mia hits Eat Defeat for the win.

Mia is very impressive, no question, but the real test will come once this rivalry ends.

After the match, Rhea threatens to get in the ring but decides discretion is the better part of valor.

Backstage, Matt Riddle is bongoing me into boredom. Kelley does her job, god bless her, until Alpha Academy comes in. This gets stupider by the second.

Riddle looks even more ridiculous than ever with the bongos and scooter. Dear god turn this guy heel already.

Second rope German Suplex from Gable should have had more impact, but the commercial break rears its ugly head at the worst possible moment! At least let us see the attempt for the W!

I feel like I’ve seen this match a half dozen times in the last four months. As good as these two are in the ring, the repetitiveness has killed this combination dead.

Gable folds Riddle up, puts his feet on the ropes, which Otis holds, and gets the win. The crowd is either sweetened or are legitimately booing the heck out of that finish.

Backstage, JBL is playing poker with Baron Corbin with some guy and are being served whiskey by some other guy. APA backstage table this is not.

Akira Tozawa sits down and wants to play. This is not going to end well.

Grandpa Miz is out next. Miz TV with Byron Saxton discussing the Miz/Dexter Lumis situation. The feed on SN360 gets choppy. Such is life.

Miz confesses to paying Lumis, but says he was trying to gain sympathy from WWE. No dice.

Johnny Gargano comes out and calls out Miz for further BS’ing and calling Miz a perpetual liar. Miz gets fired up, which is the best Miz. Miz tries to convince everyone that he’s a good guy.

The end result is Miz vs. Lumis. If Dexter wins, he gets a WWE contract and the money Miz owes him. Lumis then appears from out of his disguise as a camera guy which sends Miz hightailing. For what it’s worth, Lumis has his own music already, so…

We head to the back for a Shelton Benjamin interview, recorded earlier today, which is broken up by Dom. Damian Priest intervenes as I roll my eyes. We’re getting Benajmin vs. Dom… now… or after the commercial break…

Papi and Priest are out with Dom. Dom looks like he has new arm ink incidentally.

“OVW” chant for Benjamin. Dom started to look good but went back to the goddamned Eddie Guerrero crap yet again.

Benjamin turns it around and Dom hightails it. Priest and Rhea distract Benjamin and Dom nearly gets the pin. More outside shenanigans lead to even more cheap heat garbage. Babyface or heel, I can’t take this anymore. Maybe I need to join Rey on SmackDown so I can get away from this crud.

Kelley brings us back from commercial with an Austin Theory interview. Theory says there’s much more to his story. Theory gives the promo of his life until Dolph Ziggler interrupts. We’re getting a match between the two later on. I like the turn in character a lot.

Before we return to action, we get a look at War Games, but Kevin Patrick totally botches the opportunity to replicate William Regal’s British intensity.

Honestly a bit surprised to see Brooke back in the ring so quickly.

Pretty competitive match but ultimately Brooke just doesn’t sit in the ring well with SKY. Over-the-Moonsault gets the duke as expected.

Post-match, Mia Yim comes out and announces she has joined Bianca Belair’s team for WAR GAMES! I guess this will put the Naomi/Sasha Banks return rumors to rest… oh who am I kidding.

Back to poker, Tozawa has totally fleeced JBL and Corbin. Tozawa makes off with the money. Okay it wasn’t as bad as I thought it would be.

Great intensity from Theory in a fantastic match.

Ziggler goes HBK cosplay but meets a vicious punch from Theory. Theory hits A-Town Down but doesn’t go for the cover. Hits a second, but still doesn’t go for the cover. It’s raining fists until the ref breaks things up. Theory proceeds to obliterate Ziggler (and his hair) on the outside. Ref calls for the match stoppage, or DQ, or something, but it doesn’t matter. Nothing’s stopping Theory.

Eventually WWE officials and security come to get Theory away but Theory keeps going back for more.

You know, I thought the cash-in last week was the worst possible thing for young Theory, but it may just prove to be the best thing to ever happen to him.

In the back, Papi finds Damage CTRL. She’s officially on the team for WAR GAMES!

Much more competitive than one would have expected as Tozawa gets a ton of offence in. Corbin ecimates Tozawa outside after reversing a Suicide Dive, but back in the ring Tozawa continues the offence. Corbin reverses a Flying Body Press attempt into the End of Days. Much better than anyone would have expected.

In the back, Kelley tries to get some info out of Belair et.al about their fifth member and who will represent the team in the Advantage Match next week, no luck.

Gable and Otis then strut into the picture. Rollins hams it up a bit before we see Balor in Gorilla talking with Byron Saxton.

After the intros, we get about 25 minutes of action and it’s as hot as you’d expect.

Eventually, Judgement Day and The O.C. get involved.

Shotgun Dropkick amid all the chaos leads to Balor going up top, but Styles stops the Coup de Gras.

Stomp seals the W for Rollins in a very deserving main event spot.

Before Rollins can get his hand raised, Theory attacks viciously in and out of the ring, finishing with a belt shot.

In stark contrast to past episodes, this edition of Raw was magnificently well paced with a mix of short and longer matches, intense and meaningful segments almost all around and a superbly executed reimagination of Austin Theory. Hats off for the work done tonight.