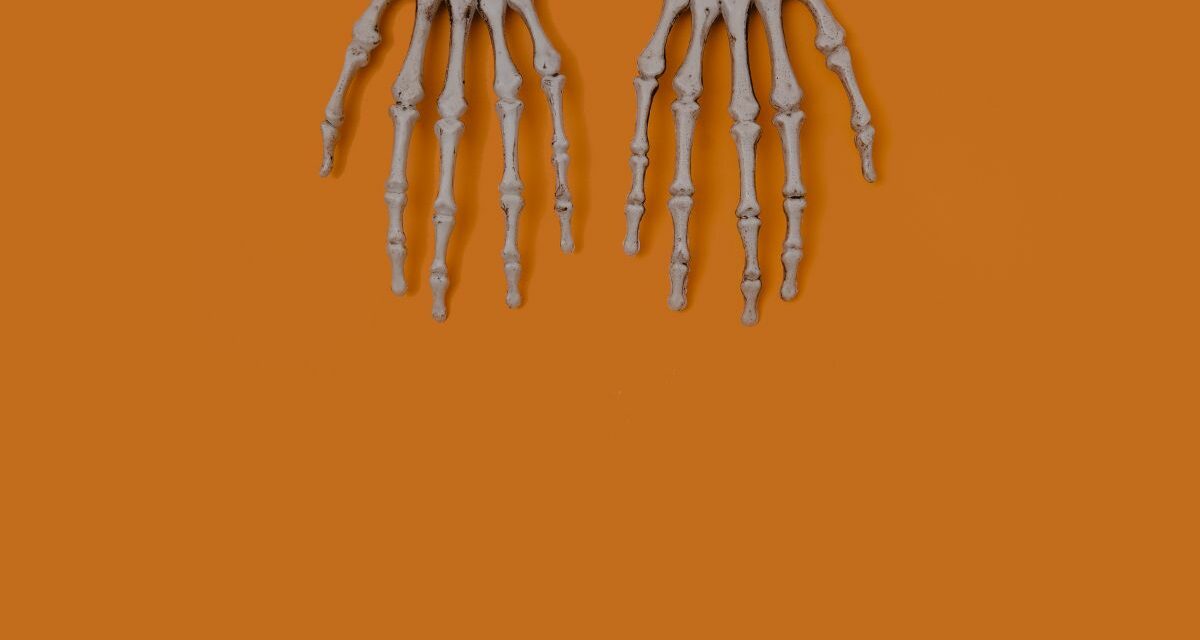 Freddy has his finger knives. Jason has his machete. Michael Myers has his butcher knife. Leatherface has his chainsaw. Pinhead has his chains. Just like horror movies, the wrestling world wouldn’t be as brutal or as vicious without its weapons. Over the years we have seen some truly scary ones that have put fear into the hearts of many. Here is part one of our list of the most frightening. 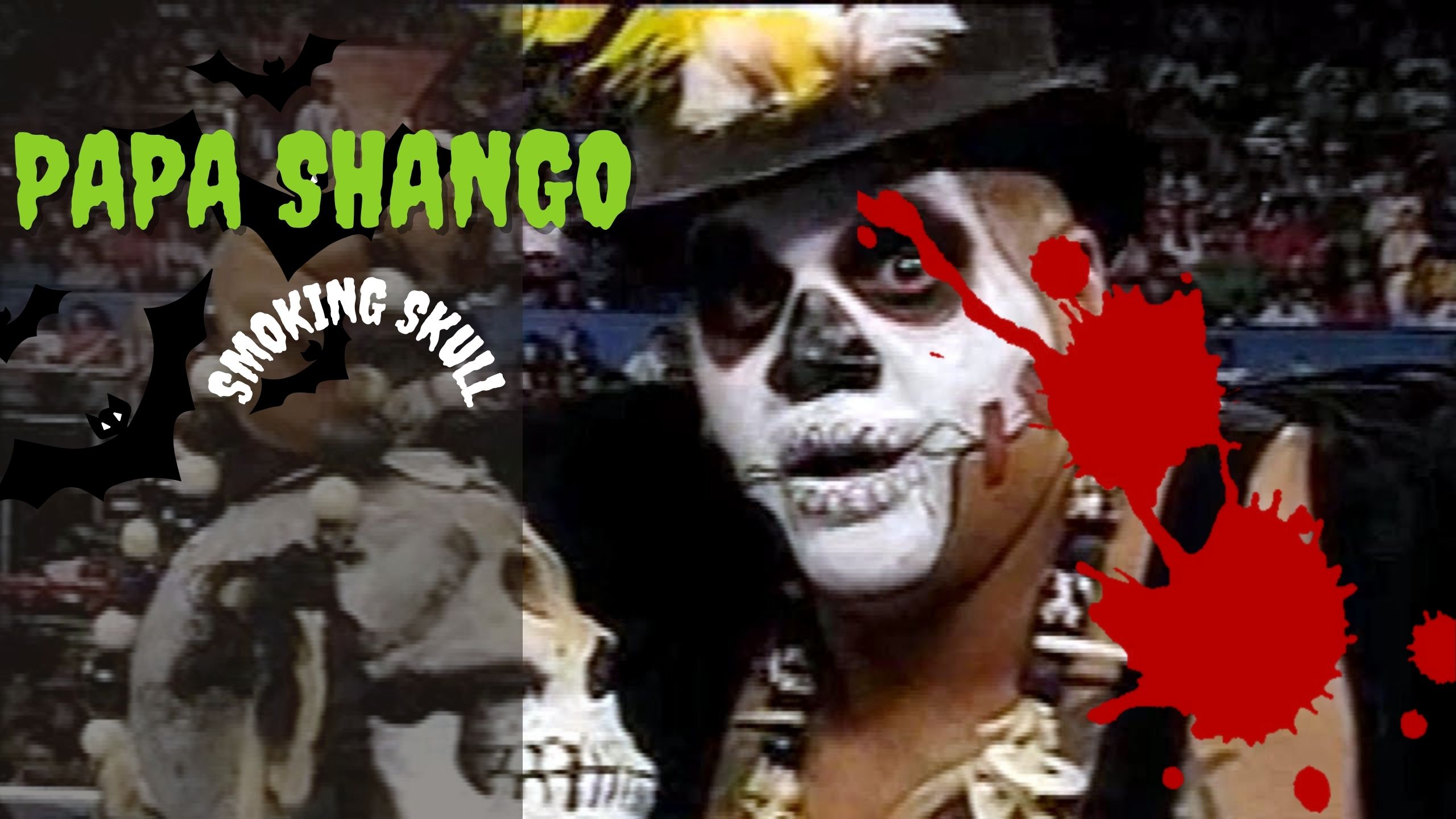 Appearances can be deceiving. Papa Shango’s smoking skull doesn’t present much of a threat unless he used it as some kind of medieval flail. However, the skull was Shango’s tool to channel dark forces that were at his disposal. So, while the skull itself wasn’t a worry, its power certainly was. Just ask The Ultimate Warrior. 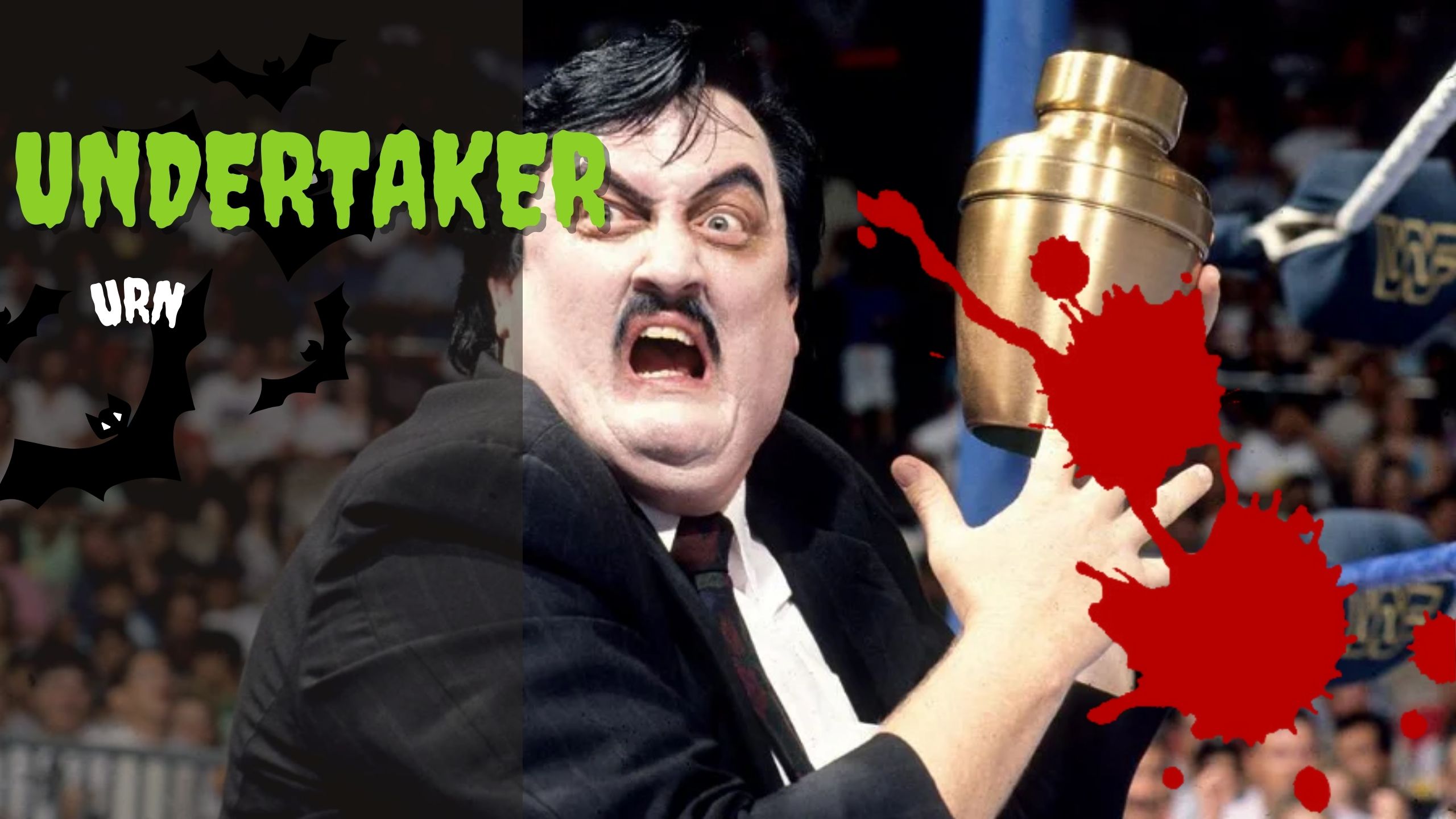 Unlike Shango’s skull, The Undertaker’s urn was a far better cranium cracker. Taker, Paul Bearer and anyone who got their hands on the urn knocked out many a foe with it. We also have seen the power contained within the urn at work. 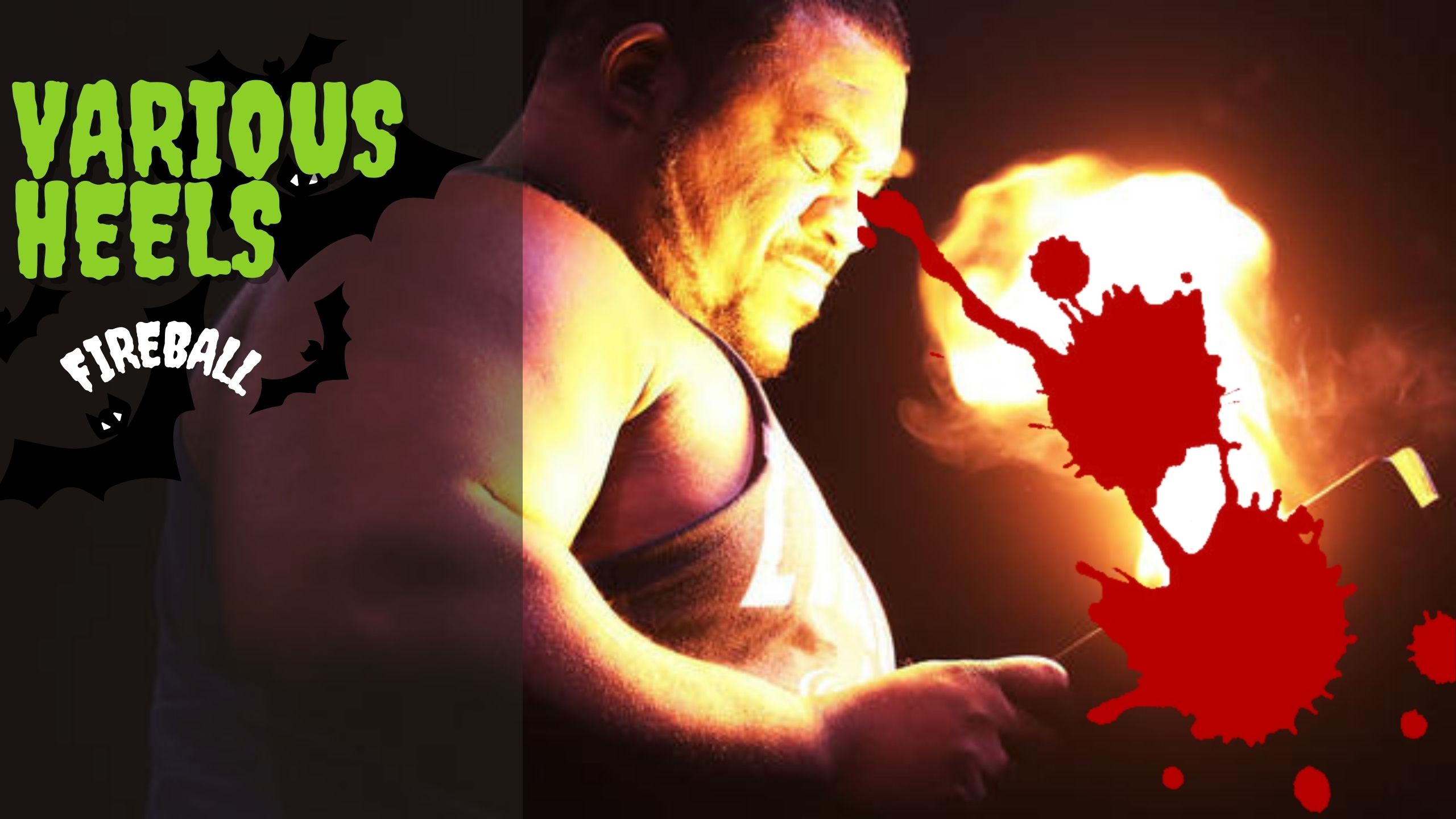 While a fireball has never caused any permanent damage it has burned, blinded and stunned even such mighty juggernauts as Hulk Hogan, Keith Lee, Randy Orton and a host of others. Jerry Lawler, The Sheik and others always had this ace in the hole up their sleeves to not only take down their foes very quickly but to gain the upper-hand. 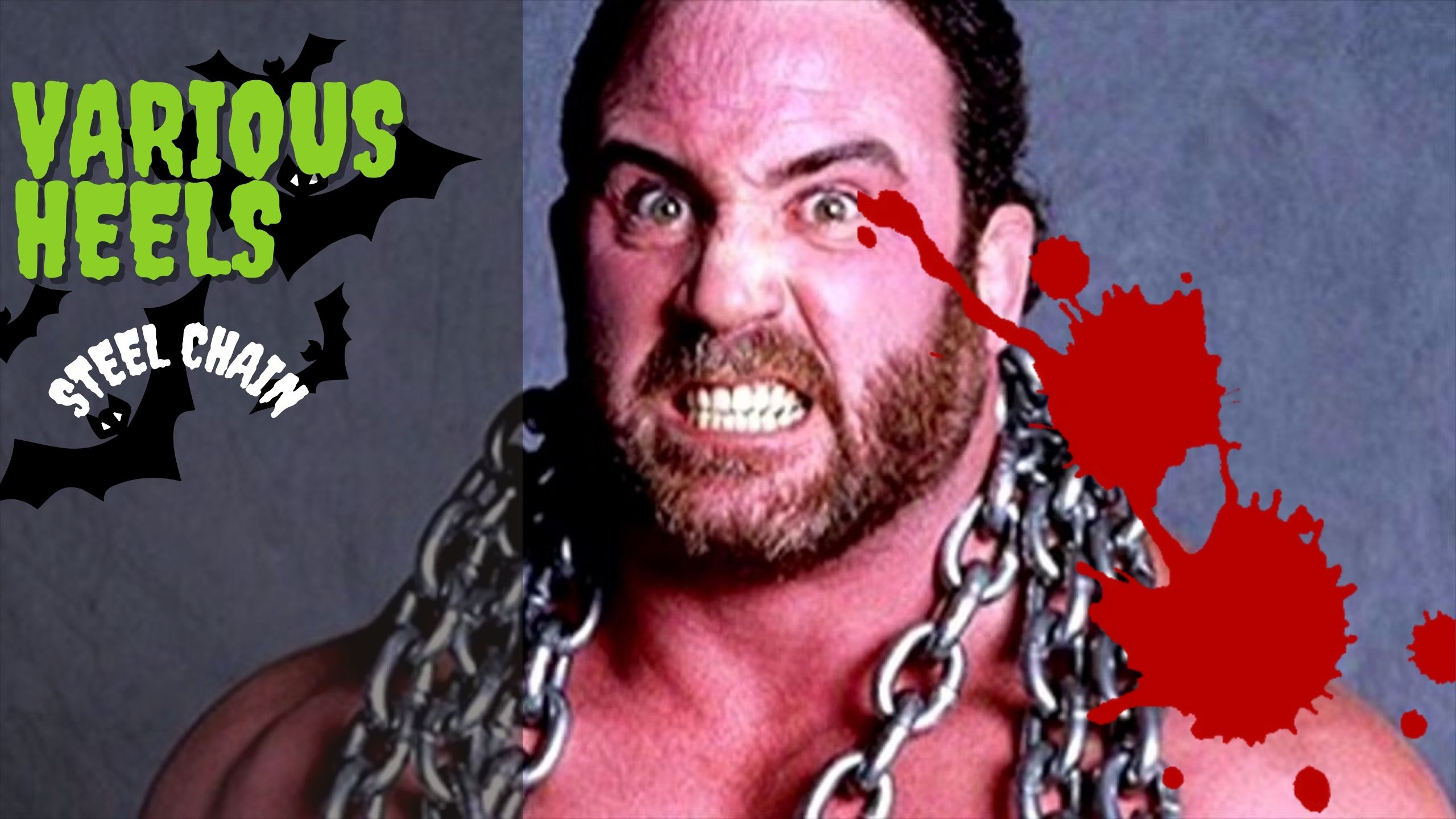 The steel chain is a pretty versatile weapon whether a massive length of chain like Hercules carried around (and used very well on that knucklehead Billy ‘Jerk’ Haynes) or just enough to fit around your fist, a chain may not put someone on the shelf but it was guaranteed to bust them open even if it didn’t knock them out. Plus, they were easy to sneak into the ring and fool those bumbling officials. 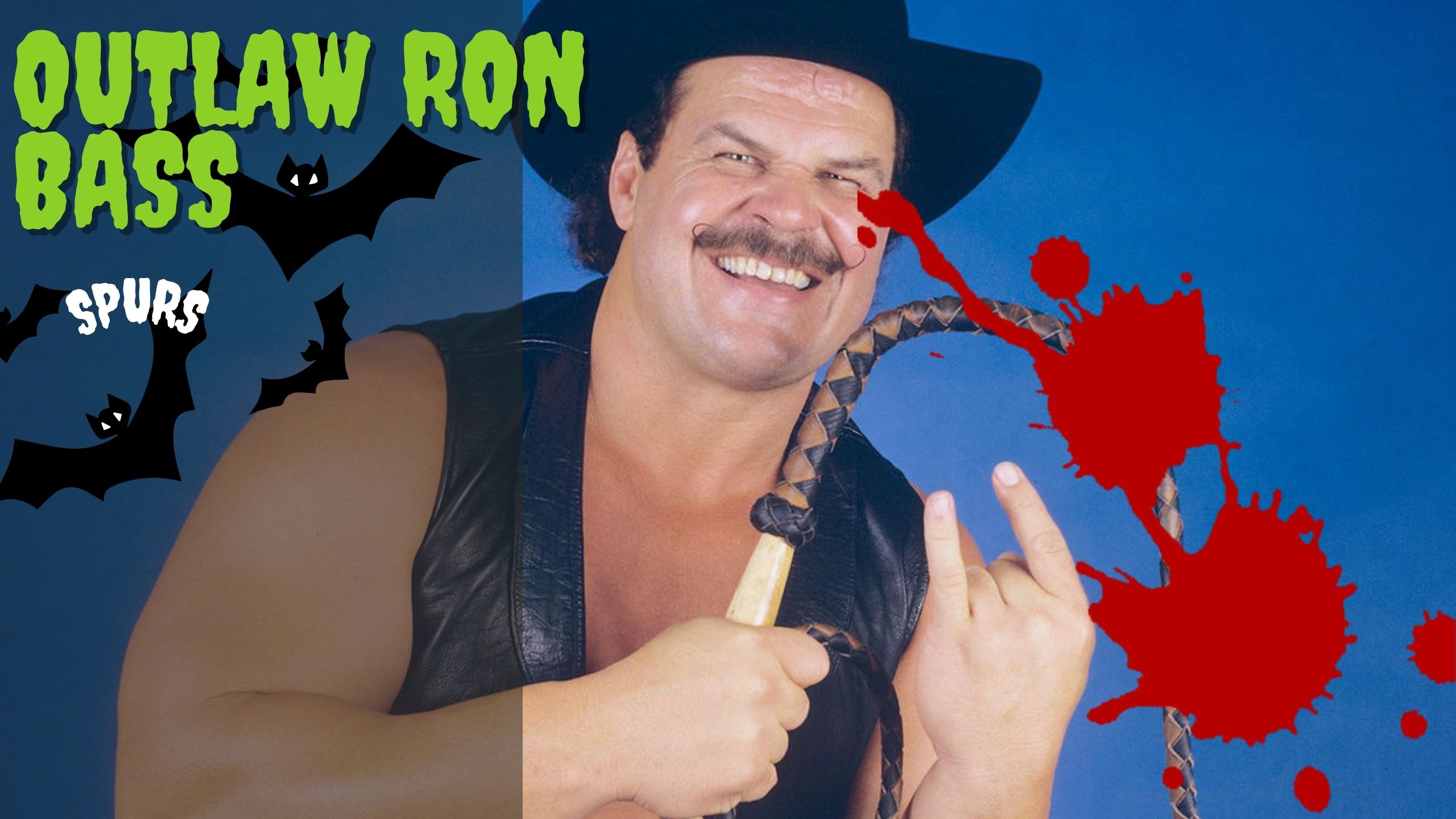 As Brutus Beefcake discovered, spurs if used correctly can really mess up your forehead. The issue here is you pretty much have to incapacitate your foe in order for them to be truly effective. 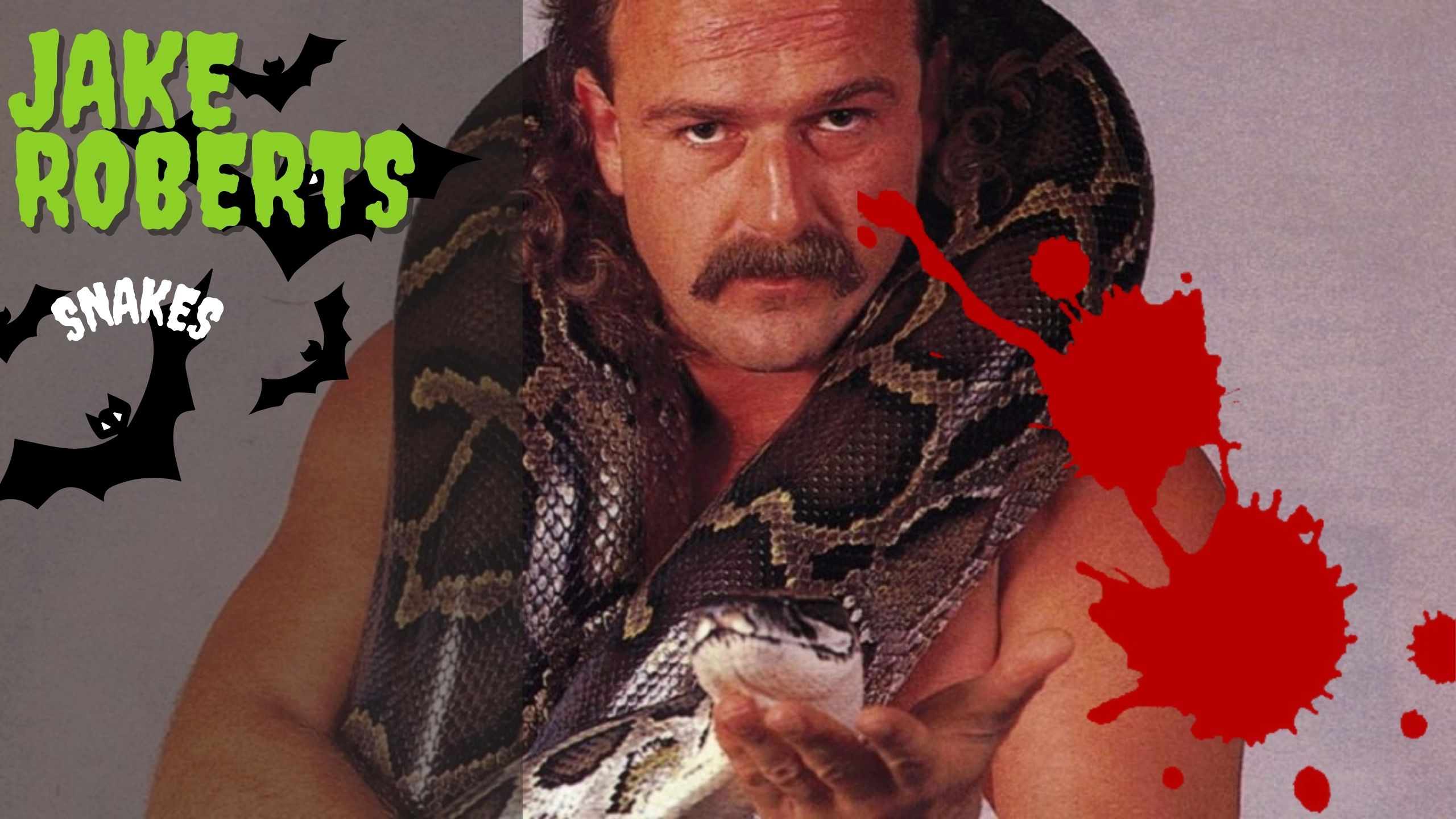 Jake “The Snake” Roberts’ reptilian friends were a threat the wrestling world had never seen on national TV before. They were shocking and scary if you feared them like behemoths Andre the Giant and Earthquake did, much to everyone’s surprise. Like spurs though, you would have to be taken by surprise or be KO’d (perhaps from a DDT?) for Jake’s snakes to do their damage. Still, who would want to mess with a guy who brought THOSE creatures to the ring? 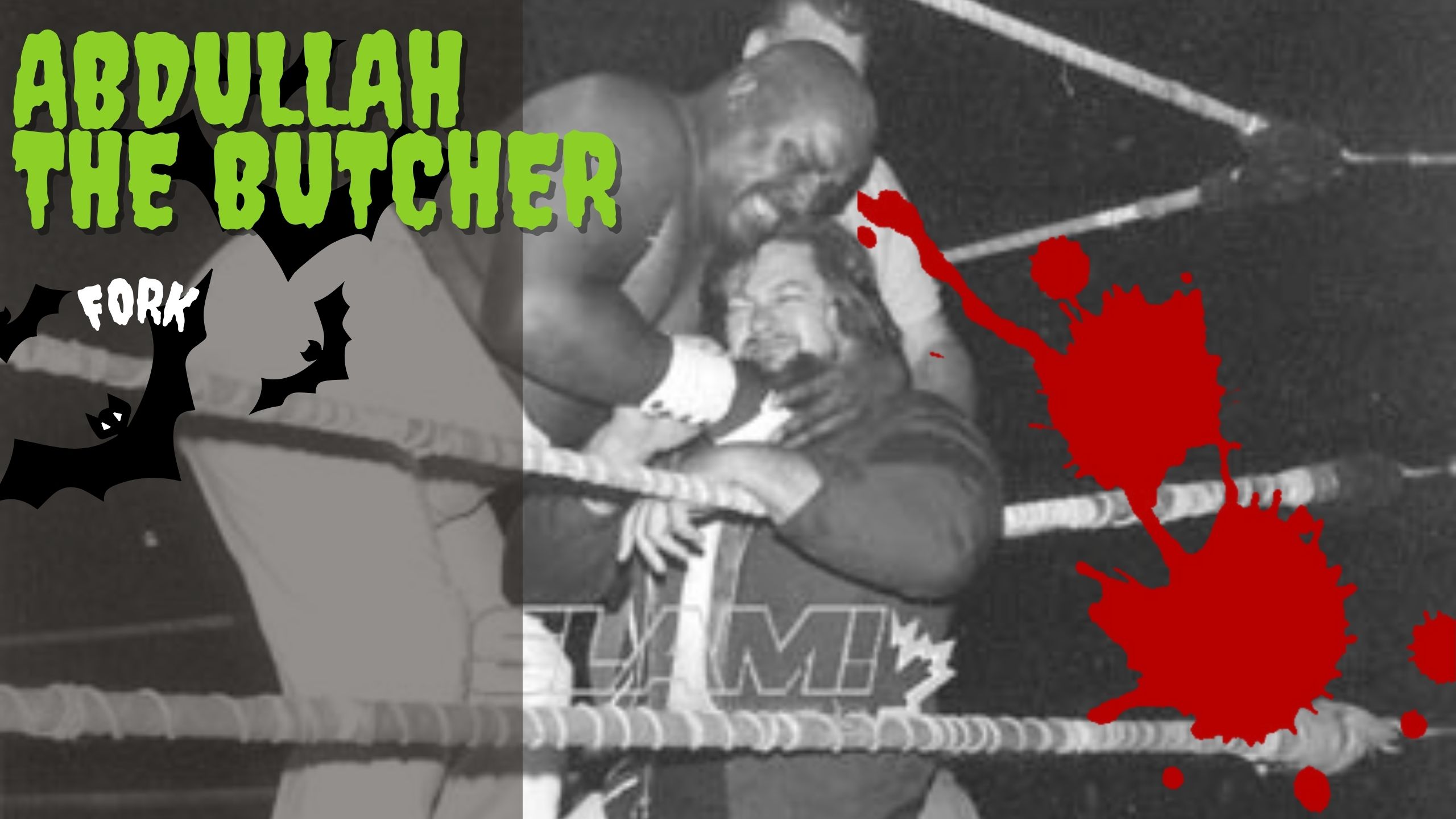 Many OG wrestlers still have the scars from crazed attacks by The Madman from the Sudan. Abdullah the Butcher’s weapon may have just been a simple kitchen fork and he had to get in close to do any damage but Abdullah was a ninja with that thing. It could appear and disappear in the blink of an eye leaving many laying in a pool of their own blood before they even knew what hit them. 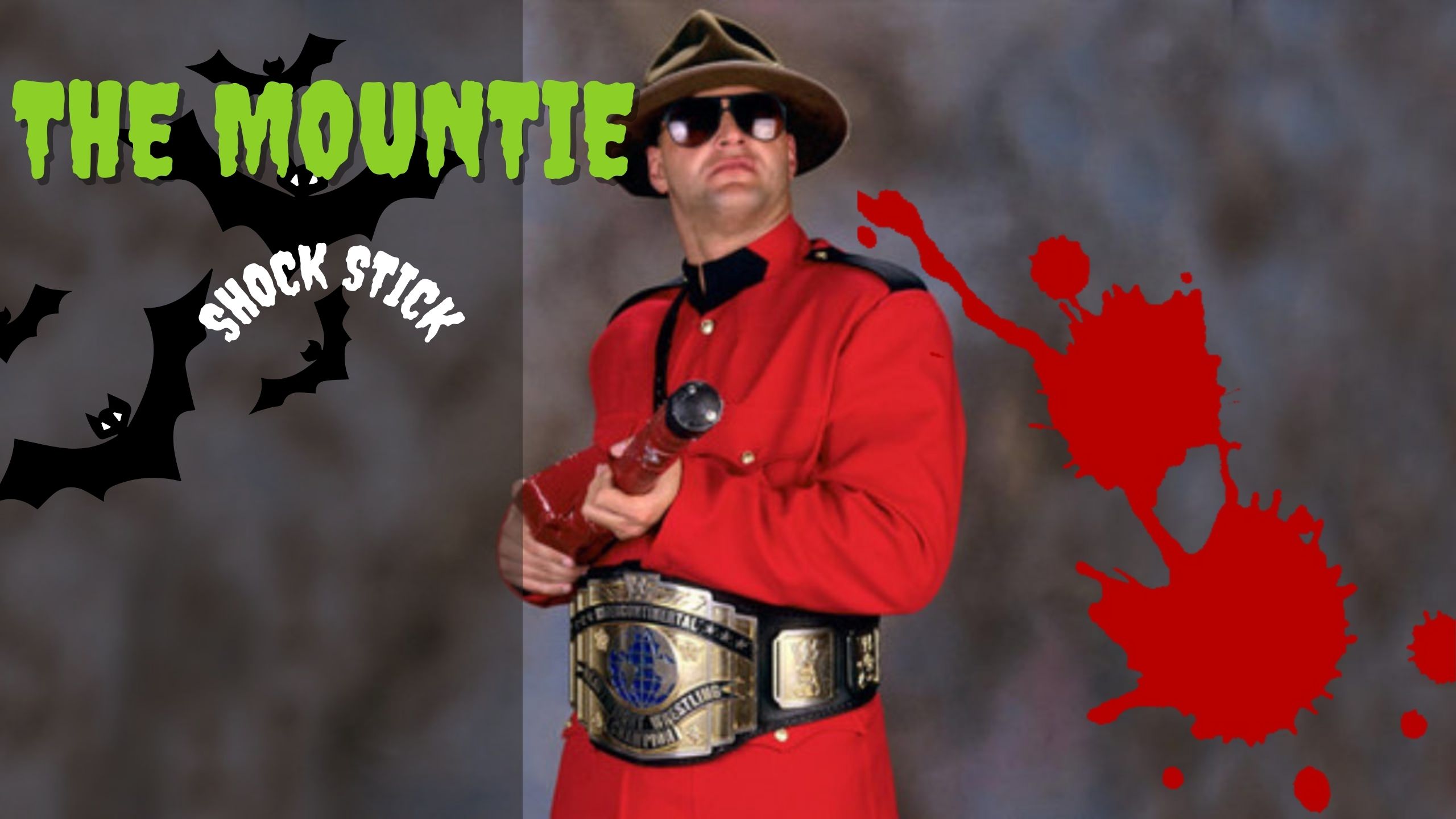 It isn’t discrete but it sure does pack a punch. The Mountie (Jacques Rougeau Jr.) subdued many WWE superstars/jailbirds with his weapon of choice. It not only took you down but it also zapped you at the same with its electrical charge making sure that The Mountie always got his man. 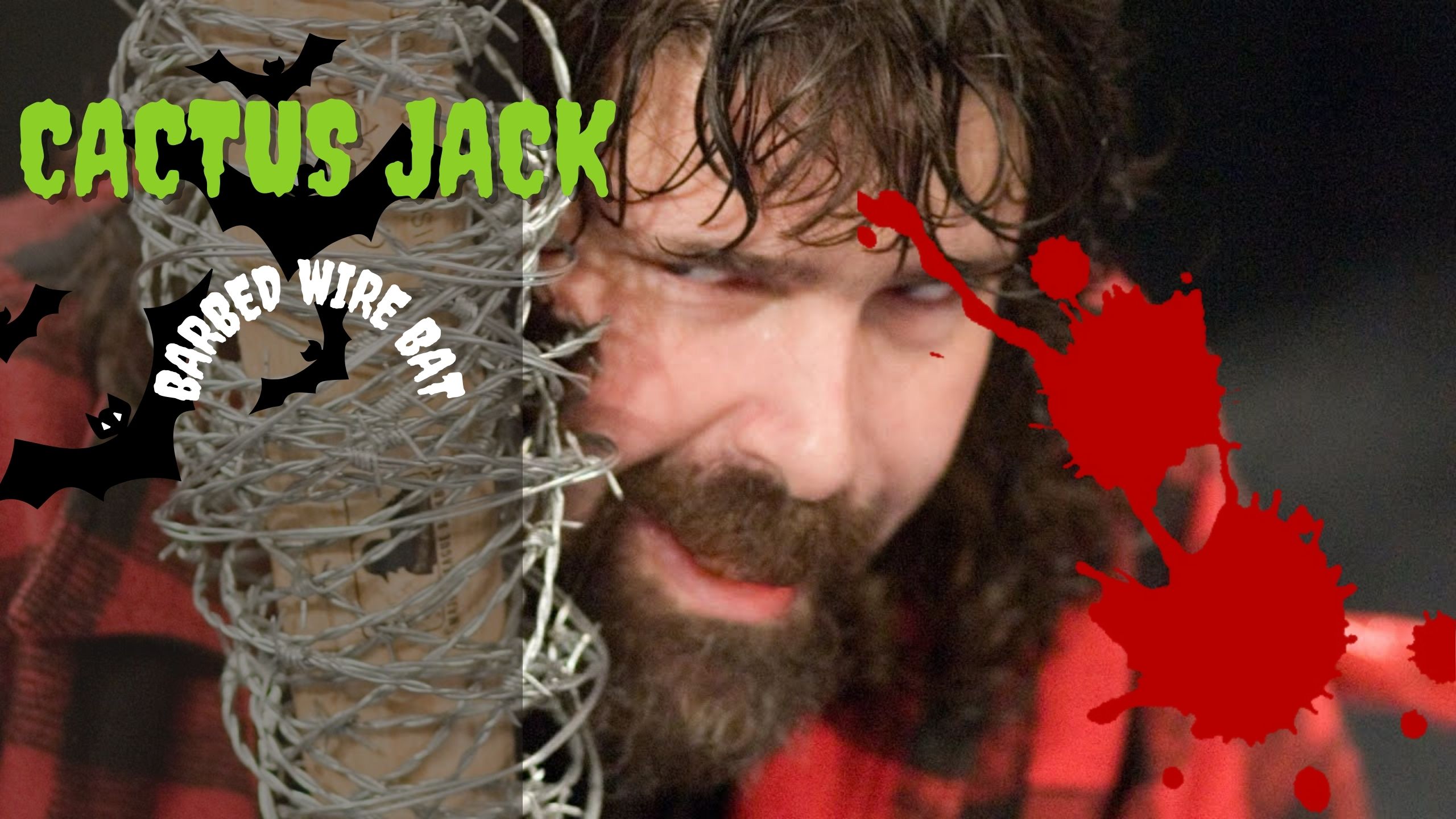 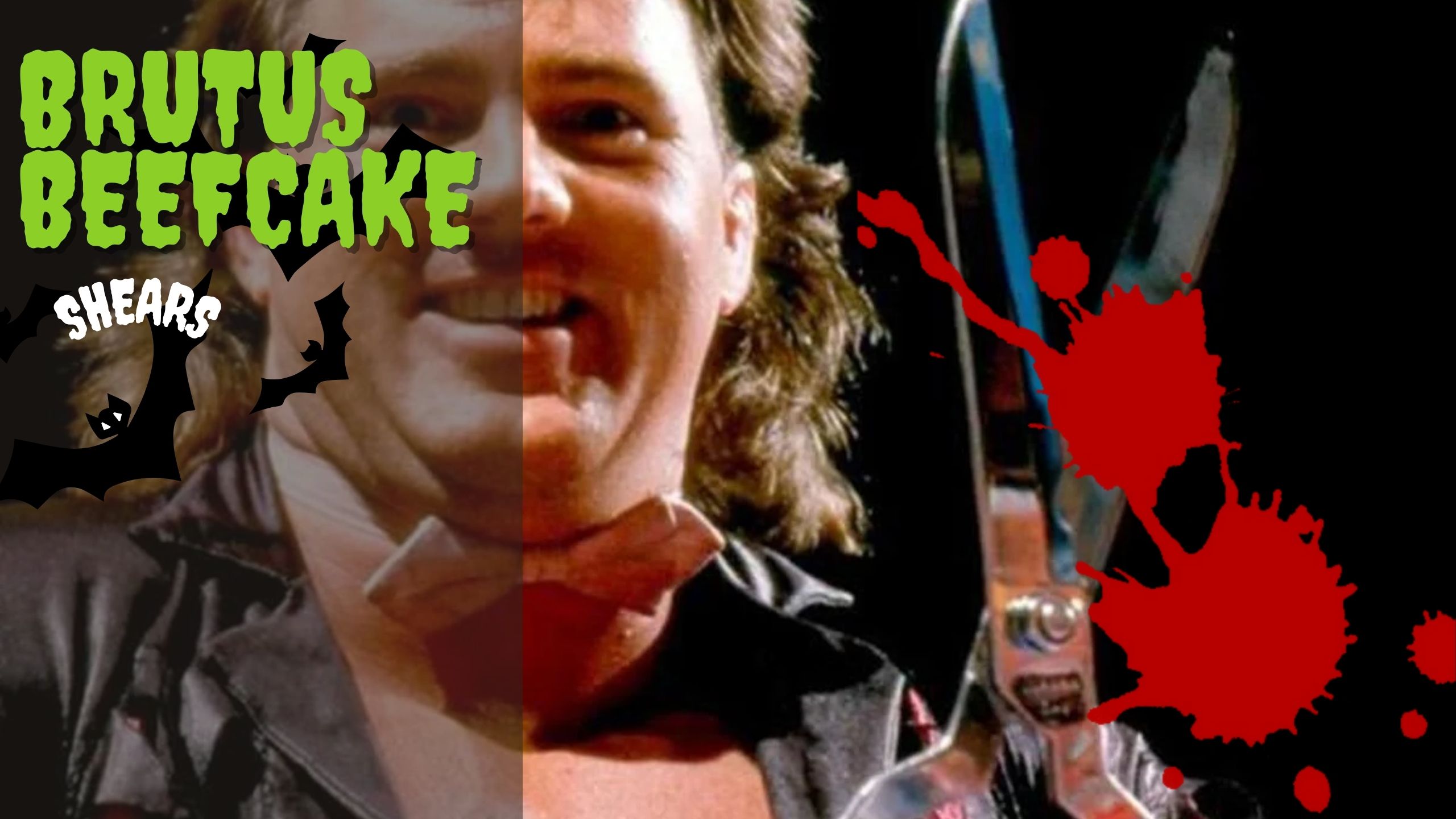 Brutus “The Barber” Beefcake was a babyface for most of his wrestling career and as far as I remember he never used those massive shears on anyone but…what if he had? That’s a scary thought in itself. Let’s just be thankful he used them for intimidation, trimming and not much else.

COME BACK ON HALLOWEEN FOR THE CONCLUSION OF OUR LIST OF SCARIEST WEAPONS!