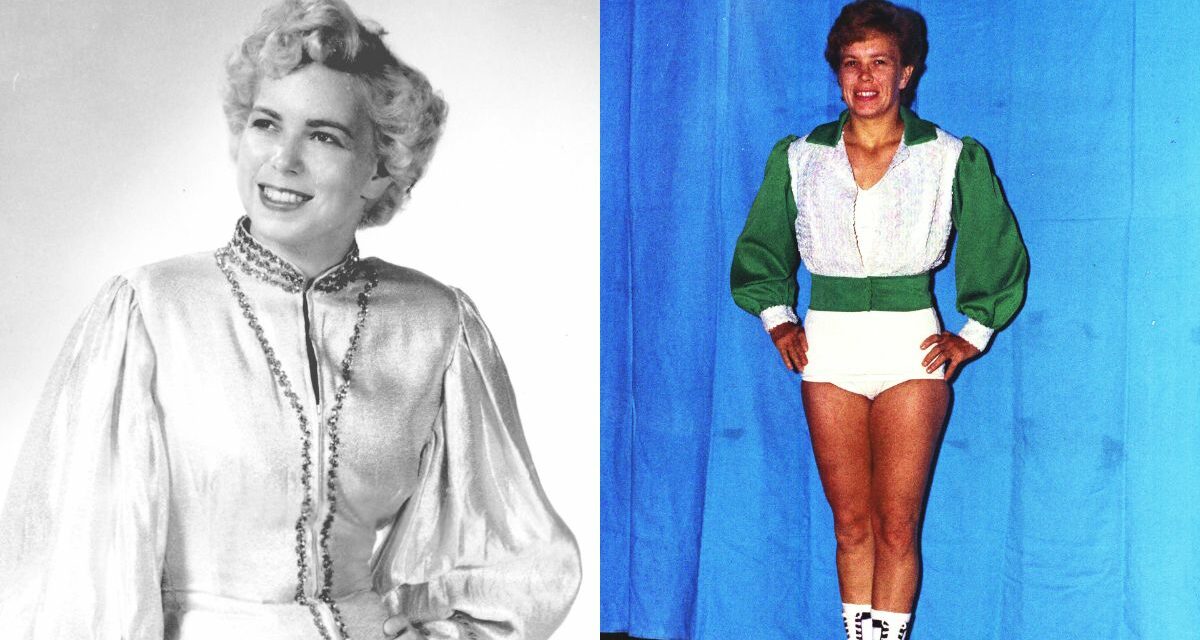 When researching woman’s wrestling star Fran Gravette, it’s odd to find her billed as being from Montreal “with the perfect fashion-sense of a French model” when in fact she was very much a country girl, born in Empress, Alberta, on the border with Saskatchewan, 140 kilometers northeast of Medicine Hat.

Ah, but such was the ballyhoo of pro wrestling back in the day.

Regardless of where she was from in Canada, Gravette is a notably overlooked wrestler, who got into wrestling in 1959, wrestled solid for a decade, and then sporadically until kicking the boots off for good in 1976. 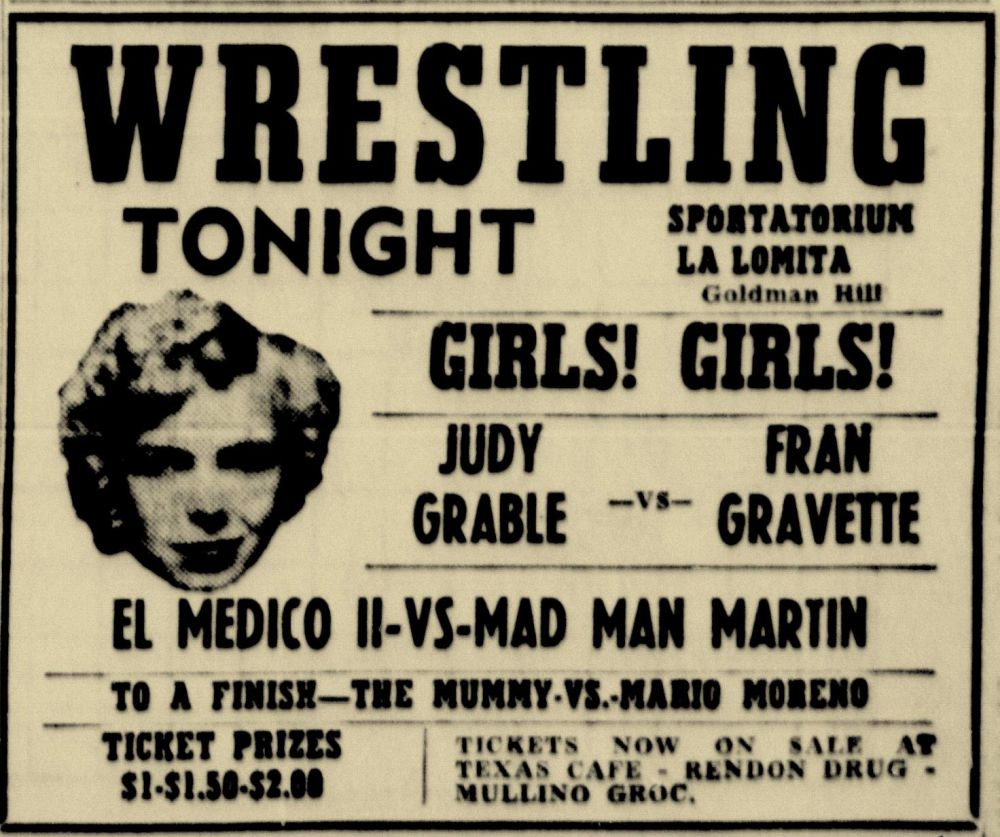 Frances E. Gravette was born March 24, 1938, to Hershal Gravette and Audrey Adelia (Bunn) Gravette, in Empress. Her father was a rancher, so she grew up fully capable of helping out on the farm and, in interviews, said she aspired to open a ranch of her own once her career ended.

Instead, Gravette ran a saddle-western shop in Oklahoma for a time, and worked for the May’s Drugstore chain for over 25 years, rising to store floor manager. She died February 16, 2016, in Tulsa, Oklahoma, at age 77.

Gravette went to high school in Calgary, and was athletic, playing field hockey and basketball.

Whether the oft-repeated tale of her visiting family in Arkansas, and seeing pro wrestling there for the first time, is true or not is not important.

What matters is she showed up at the Fabulous Moolah estate in 1959 to learn to wrestle. Her timing wasn’t the best, as Moolah (Lillian Ellison) and her husband, Buddy Lee, were splitting. Lee had controlled the women’s bookings and Moolah looked after the training. Gravette stayed with Moolah, who eventually controlled women’s wrestling while Lee found his calling promoting country music and its stars. 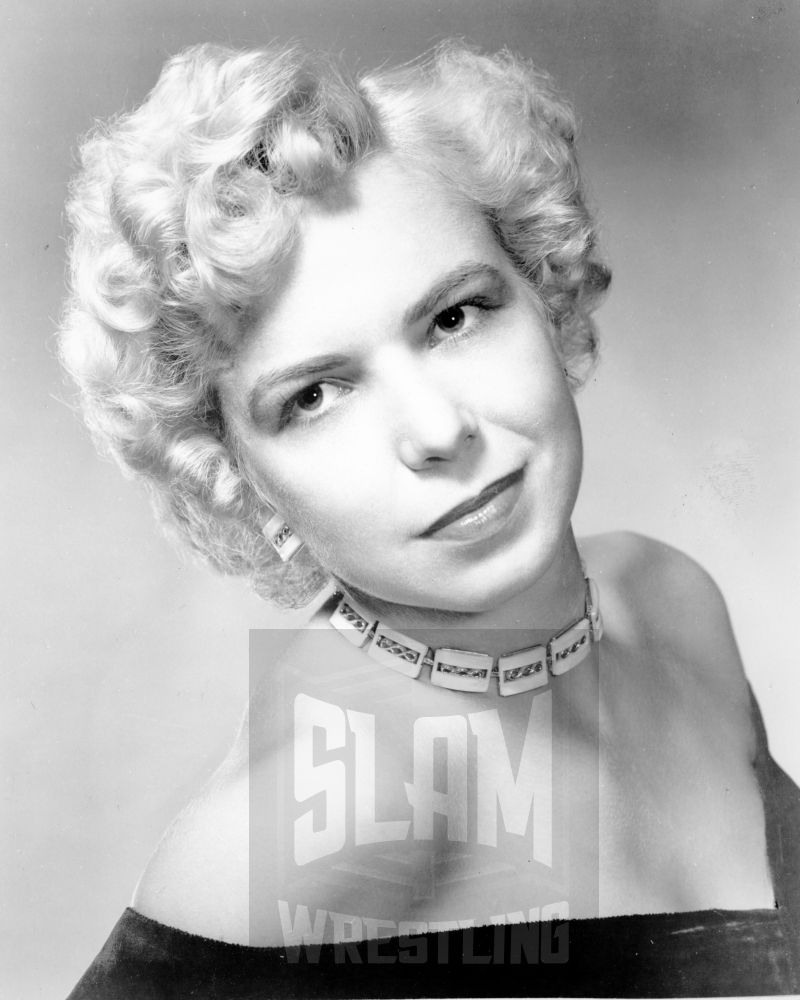 Gravette was 5-foot-8, and 145 pounds. Just about every mention of her in the newspapers and magazines include some variation of calling her a “shapely willowy blonde.” A May 1963 article in The Ring Wrestling called her a “pert and vibrant blonde.”

Dixie Jordan, who wrestled as Princess Little Cloud, was a contemporary of Gravette’s, and used the term too. “Fran Gravette was this tall, willowy, really pretty blonde girl. Somebody said that Fran Gravette is a lesbian. The only time I had ever heard about homosexuals was in the books that I was reading,” recalled Jordan.

Gravette was generally promoted as a good girl wrestler. The Baltimore Afro American called her, “One of the more scientific of all female wrestlers, Miss Gravette specializes in drop kicks and flying scissor holds.”

It was Walter Meade in the October 1962 edition of Wrestling Revue that called her a French model, adding, “Her golden hair is immaculately set; her nails are highly polished; her speech is precise and grammatically accurate.”

And Meade was the one who quoted Gravette about her post-wrestling dreams: “I’d give up everything for wrestling. I love it, and I want to stay at it until I’ve reached the top. Then, I want to buy a ranch like my Dad’s and settle down raising horses.” 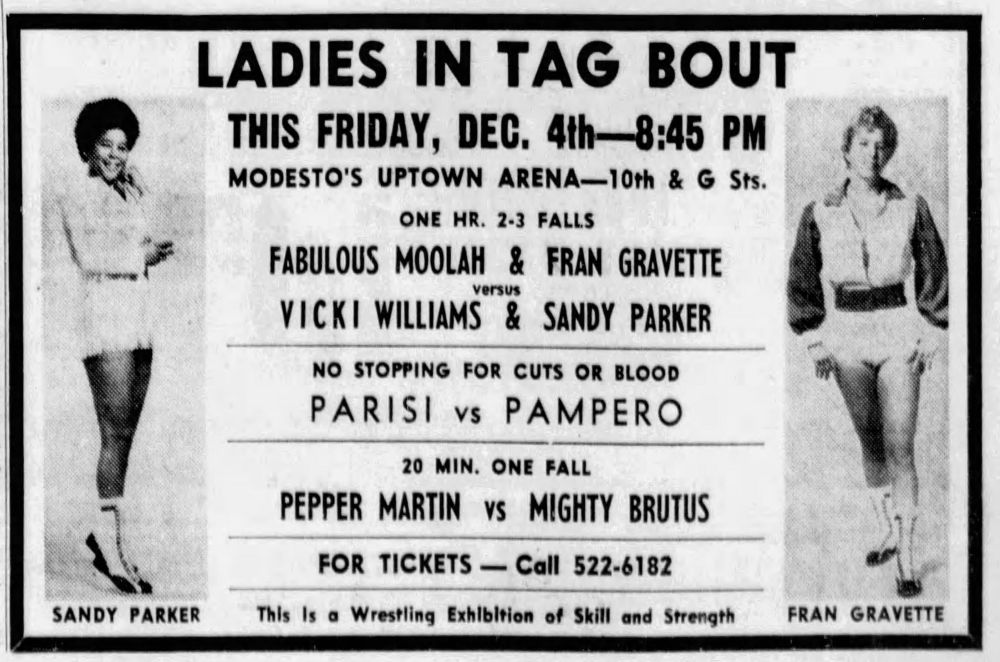 According to Inside Wrestling, June 1970, Gravette had taken a break from wrestling and had gotten back into it:

We were delighted to learn that Fran Gravette, one of the greatest girl wrestlers of all time, has decided to return to the ring after many years on the sidelines. If Fran can whip herself back into her old form, well, the rest of the girls had better watch out because this blond Texan is pure dynamite. In one of her first comeback bouts, Fran teamed up with Tami Jones against Penny Banner and Kathy O’Day in Charlotte, NC. Although Fran and Tami lost the two-out-of-three fall bout, Gravette didn’t seem disappointed when she talked to our reporter in the dressing room. “In this business, you don’t warm your behind on the sidelines for a few years and then expect to bounce back into action as good as new. But I do want to say that it felt very good to be back.”

The obituary for Fran Gravette listed no next of kin, and there was not a local service.

TOP PHOTOS: Fran Gravette at various points in her career. Courtesy the collection of Chris Swisher