HBK on Halloween Havoc’s legacy, its future and ‘building a better car’ 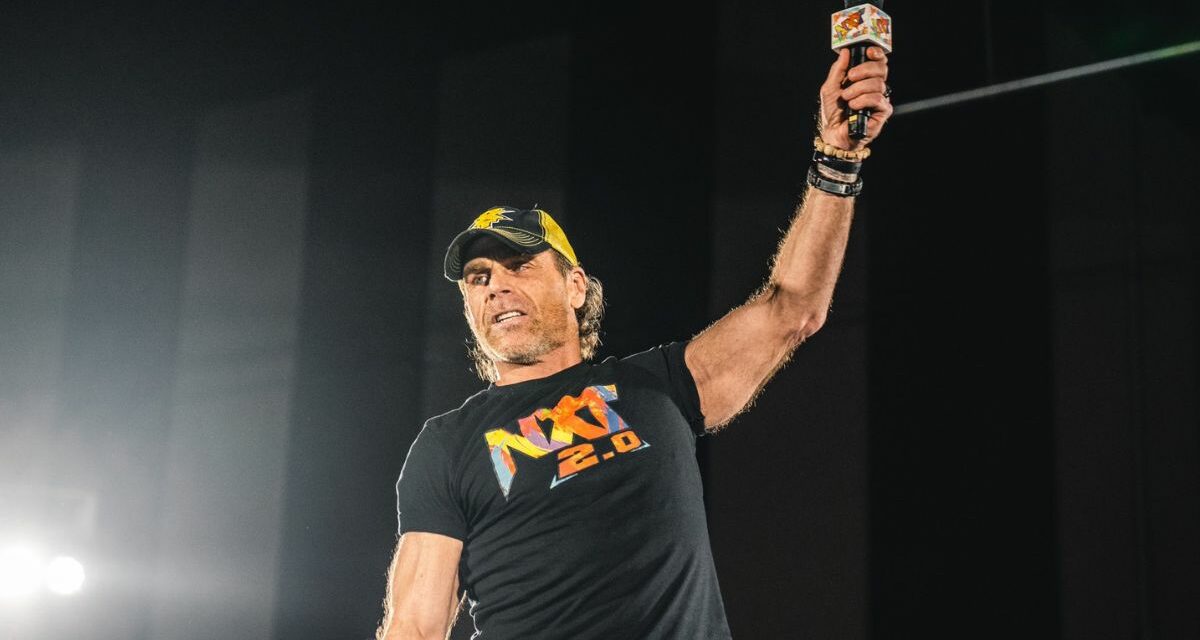 Rey Mysterio versus Eddie Guerrero at WCW’s Halloween Havoc 1997 is not only arguably the best Havoc match of all time but one of the greatest matches period. It is hard for the new NXT to follow in those footsteps but they sure will give it their best shot tomorrow night at NXT’s third Havoc event.

“I’ll say this. It’s going to be hard to beat Eddie Guerrero versus Mysterio for a number of reasons….If you were to ask Eddie today I think he would be someone who would be amazed that he was able to inspire younger generations. It would probably be beyond his wildest dreams and Rey would feel the same way…Those two guys set the bar really high,” said Shawn Michaels, the head of NXT and Senior Vice President of Talent Development Creative on a media conference call.

As far if HBK himself would have ever beaten Guerrero, Michaels had this to say.

“Later on in our careers we’d probably argued about who was putting over who but neither one of us would have had a problem that’s for sure. It would be my honor to put Eddie Guerrero over,” he said revealing that NXT’s last event of the year will be NXT Deadline on Saturday, December 10th. 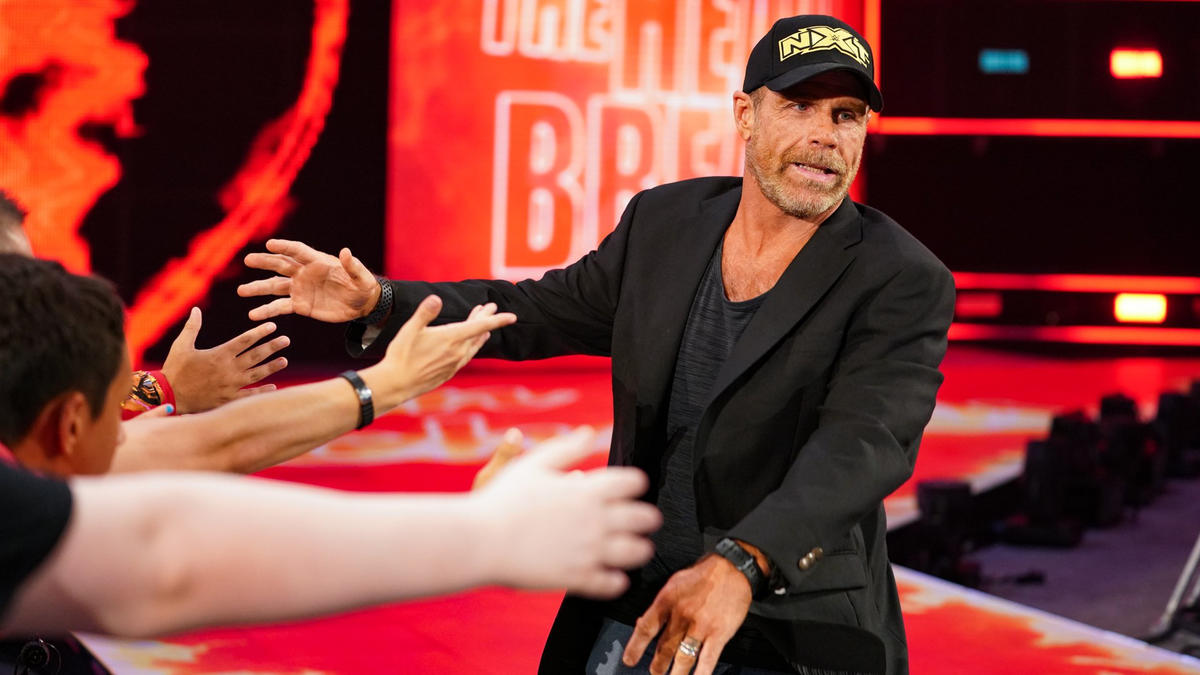 With Halloween Havoc it is Michaels’ goal to make the brand, the event synonymous with NXT going forward and there isn’t a lack of support or excitement in the locker room when it comes to putting their stamp on the event.

“I feel like it is going to be equivalent of our SummerSlam. I feel like it’s going to be the second biggest premium live event on our schedule only behind Stand and Deliver. It feels big. It feels important. I feel like down the road Halloween Havoc will be more identified with NXT than it is anything else and I know from a talent standpoint, internally here in Orlando, everybody’s really jacked and excited about this one,” he said about Saturday’s show.

Michaels is especially excited about the main event which pits NXT Champion Bron Breakker versus Ilja Dragunov versus JD McDonagh in a triple threat match for the NXT Championship. He feels that Roxanne Perez versus Cora Jade in a Spin the Wheel, Make the Deal: Weapons Wild match stands for what NXT is all about right now.

“The UK talent that’s come over here have been unbelievably successful for us. They’ve all been incredibly excited to tear down the house. Roxanne and Cora in the Weapons Wild match? I don’t know if there’s another match on the card that epitomizes winning NXT is now which the average age is probably 21, which is to me is mind-boggling,” he said.

As the 57-year-old Michaels explains it, he not only has to be the mentor and coach to the NXT talent but sometimes also their part-time psychiatrist and even their dad. He is proud though to be there for the talent beyond just being their boss.

“I’m not afraid to be a cautionary tale to the young men or women that come to this place. If there’s anything that I can do to help them then I will absolutely do that. One of the most important things to me is for them not to feel like they can’t express what’s going on inside their hearts or inside their minds,” said Michaels. “We have an open line of communication. Nothing is silly. Nothing is unimportant. It is big to you that it’s a big deal and let us try to help you through it.”

It has been a year of transition for NXT. With the all shifts that have happened in the leadership of the WWE, NXT has had to deal with a lot of ‘micromanaging’ as Michaels calls it, and a lot of turmoil including the absence for a time of HHH, Paul Levesque, the new Chief Content Officer. Michaels describes 2022 as his trial by fire and the next step in his career leaving behind the days of coaching in the WWE Performance Center. Finally, Michaels feels like he is in control of NXT’s destiny and he is doing his job on his own terms. 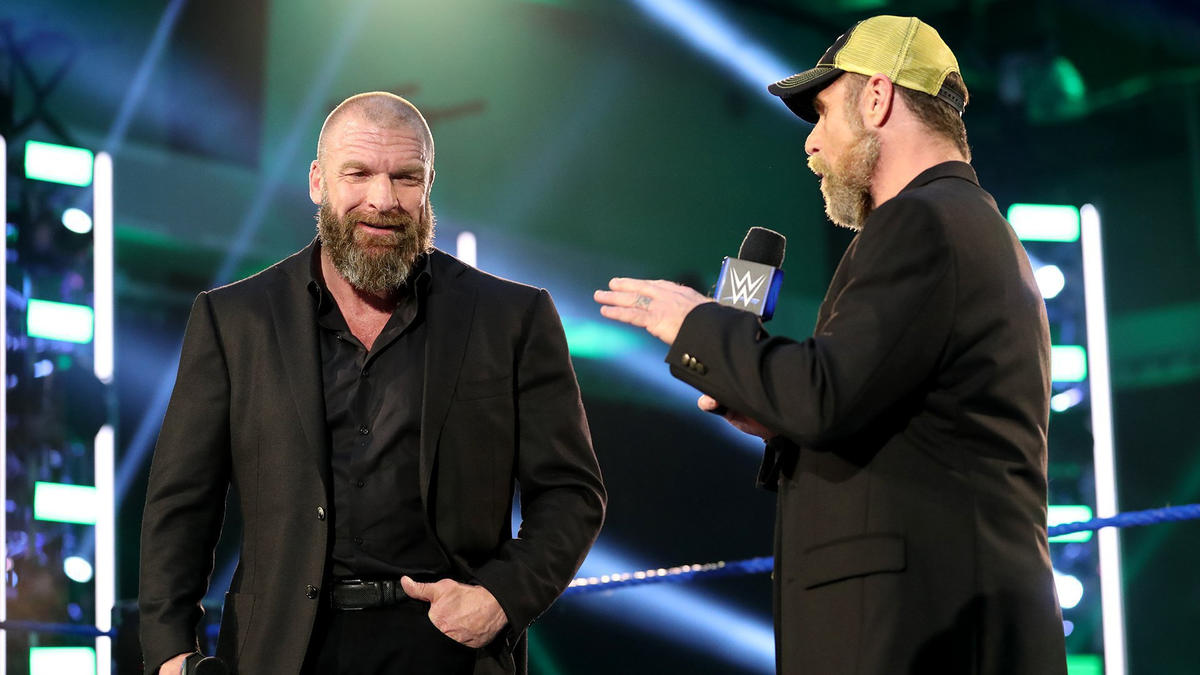 “I’ll put it this way. I can build you a car but before I was told you get to use these pieces and these tools. I still built a car but now I am able to build a car using any piece I want and any tool I want. I can still build a car but I can build a heck of a lot better car and I think that’s the difference and that’s where we’re at now,” he said.

The other side of being given keys to the car though is that it whether NXT succeeds or fails is totally on Michaels and he is totally fine with that pressure and the challenge.

“I never imagined doing what I’m doing now. There’s part of me on the inside that is happy and proud that I am a full-grown adult. I have found out what I can handle and I like the idea of just stretching myself. It was sort of trial by fire, which again, at least at this point in my life is no longer at all intimidating or scary as it is sort of fun and challenging. I just told everybody…Look, if this goes wrong, you are on the bus with me. I’m the fall guy,” he said. “We started out a little rough but we got our sea legs and then all sudden we started rolling pretty good. So, I think what you saw almost on television mirrored what was going on behind the scenes. Everything just sort of caught us off guard. We did our best to adjust. We certainly stumbled at first but we started getting to know each other. We all started to know what our roles were in these new positions and got more confident together and grew together.”