Impact: Option C is Cashed in 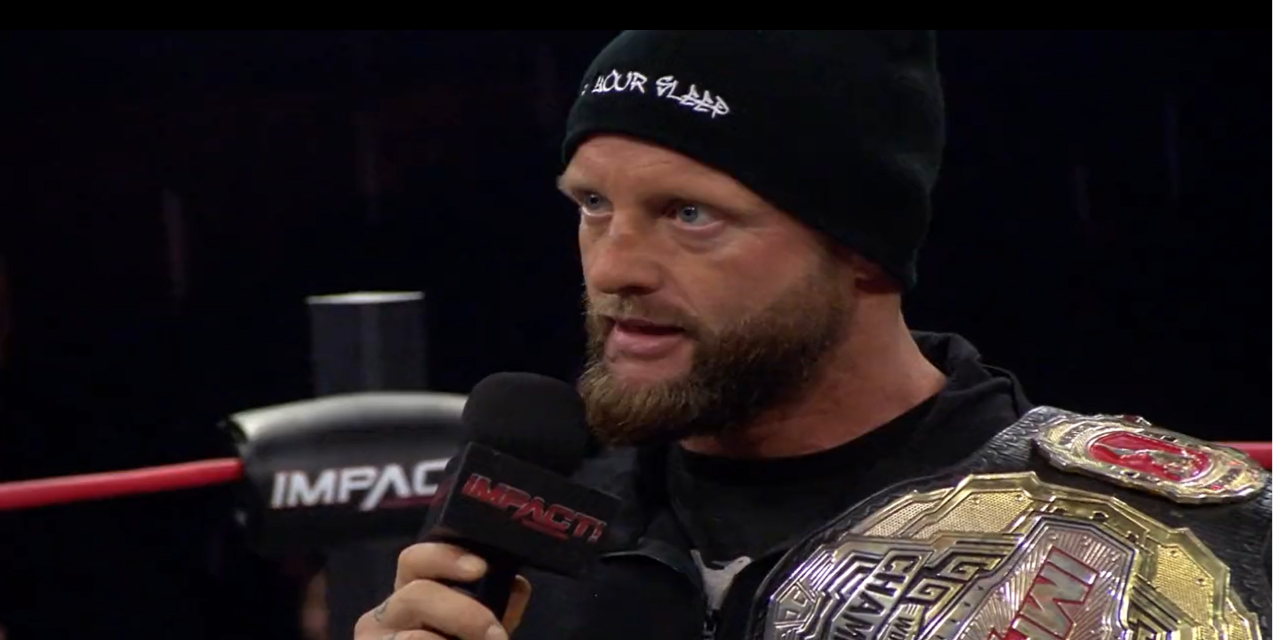 impact opened  a recap of Bound For Glory..

Victory for @Kelly_WP in a physical No DQ match. #IMPACTonAXSTV pic.twitter.com/Tcc6wHG8wB

Steelz grabbed the chain and put it in Kelly’s mouth, but Kelly fought out and locked on the Killer Clutch with the chain on Steelz, bringing the bad DQ finish full circle.

King hit a huge spinebuster on Miguel for a 2-count as Laredo Kid broke it up. Taurus was hit by a hurricanrana Taurus, and rolled into a German suplex on Laredo Kid. That was amazing. Trey Miguel hit a page turner on Zayne for the 3-count. I don’t understand having Black Taurus win the matches he has in recent weeks and having him lose here, but Impact is going to be Impact.

Frankie Kazarian and Mike Bailey were appeasing each other on their match from Bound For Glory. Trey Miguel walked up and  said he wanted a chance at the belt. Kaz is making them wait…so here we go

Purrazzo was able to rake the eyes of Valkyrie and tag out to Green, who hit a curb stomp into the bottom turnbuckle. Shaw hit a twisting suplex for a 2-count and tagged out to Purrazzo. Valkyrie shoved Purrazzo back to the corner and Shaw tagged in. Rosemary hit a capture suplex on Shaw. Shaw managed to hit a knee strike when Rosemary’s back was turned and scored the pinfall.

Tommy Dreamer and Bully Ray were chatting. They decided to team up

Gujjar hit a clothesline on Cardona and then a flying shoulder tackle. Gujjar did a ripcord knee strike but forgot to do the ripcord part, so Cardona just spun around with no pulling of his arm. Cardona hit the radio silence soon thereafter as Brian Myers joined Cardona in the ring to celebrate.

After bound for Glory we are setting up new stories and brawls. Lets see what they come up with. Overall this isnt a WWE after WrestleMania Show but Impact is on a streak..