Rampage: An emotional homecoming for Spears and lots (and lots) of wrestling 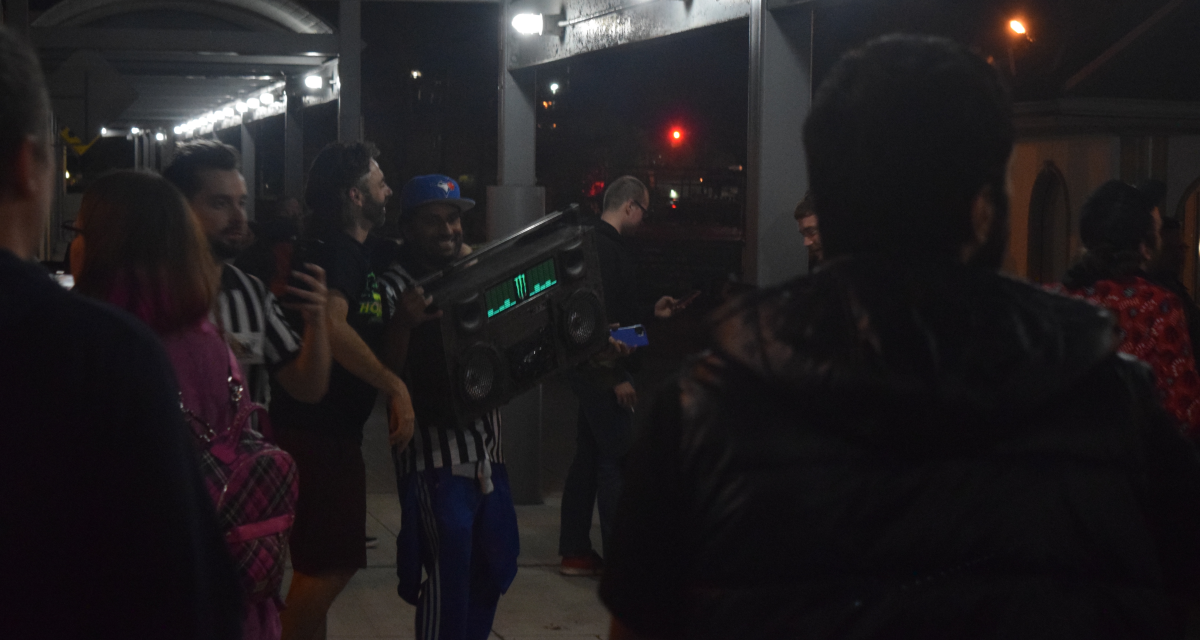 A lively crowd, many still buzzing from last night’s Dynamite, showed up for the taping of Rampage and many, many Dark matches. From the listed showtime of 7:00 until just minutes before 9:00, it was all Dark matches — but nobody seemed to care. Even when QT Marshall showed up for the third time of the evening, the fans relished in their chance to boo him (or cheer when he got decked).

Frankly, AEW was playing with fire by presenting that many Dark matches before a TV taping but through the sheer enthusiasm of the crowd the atmosphere managed to stay charged up for the entire night.

In fairness, the dark matches presented in Toronto were head and shoulders above those that were recorded in Buffalo when Dynamite landed there about a month ago. Those matches were all quick squash contests whereas the Toronto fans were treated to more fleshed-out bouts.

Still … there were probably too many.

Of course, that might go some way to explain the frenetic scanning, swiping, liking, texting, etc. of fans on their phones all around me throughout the first hour. It was exhausting watching some people split their focus in so many directions and, for the record, it wasn’t happening during the Rampage program.

Some fans right beside me weren’t too glued to their phones, and since one of them, Ryan, travelled from Winnipeg specifically for these two AEW shows in Toronto, it makes sense that he was going to take it all in. His friends Matt and Dave (from Burlington and Port Credit, respectively) have all been in and out of wrestling throughout their lives but the last time they all went to a wrestling event together it was World Championship Wrestling that was visiting Toronto.

All three are excited by what AEW is doing but they aren’t buying into the “Us versus Them” mindset of many wrestling fans and are intrigued by the WWE product lately as well.

In fact, Dave has turned back to wrestling in part because his support for Toronto sports teams lately has been a little too painful. Watching wrestling he says: “I don’t get disappointed!”
After the Dark tapings concluded, Tony Khan bounced out onto the stage and excitedly yelled his enthusiasm for the show then ran backstage (presumably to see if anyone was fighting).

Following the opening match between Castagnoli and Moxley and The Butcher and The Blade, someone left blood on the canvas (I’m not sure who), and there was an underpaid (no matter how much he makes) cleaner desperately trying to scrub away the stains before the video promos ended and the next match began. 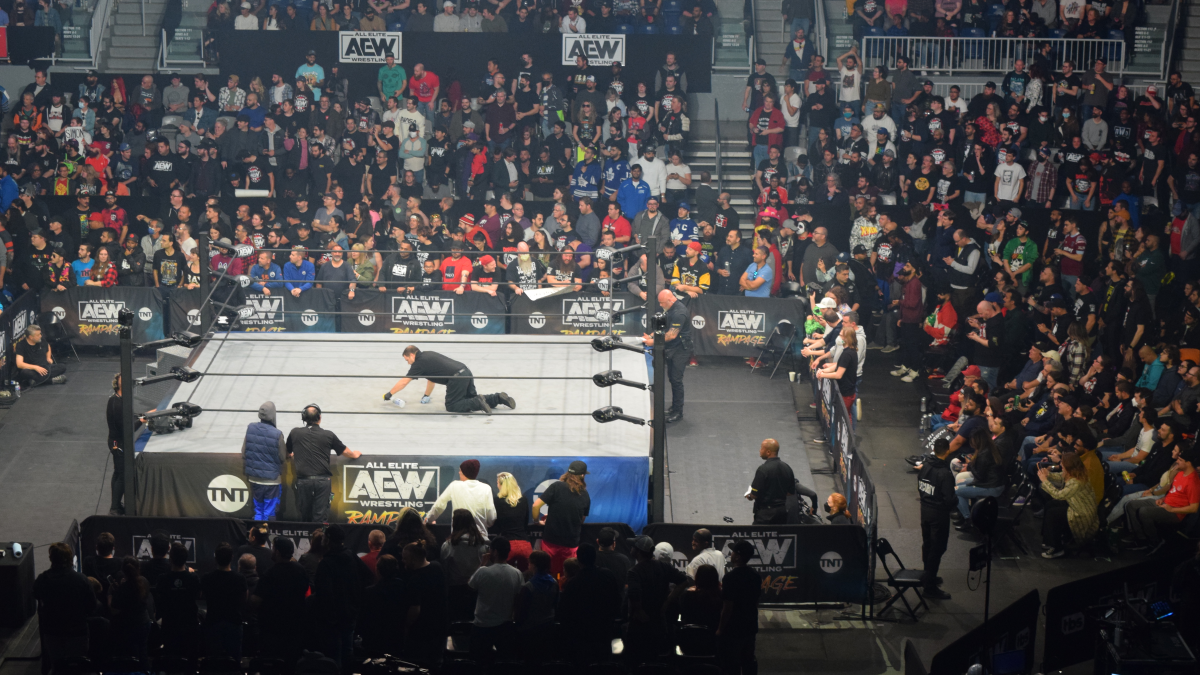 I wonder what they use for all those tough-to-clean stains?

While the fans were hyped up all through the night, they went up another level for FTR and Shawn Spears. There was a lot of Hart Foundation tribute material happening from gear to maneuvers and the crowd lapped it up.

After the show had finished taping, FTR, Spears, Wardlow and Samoa Joe remained in the ring with Harwood and Spears both opening up to the fans. Harwood expressed great affection for the reception FTR received last night saying that he teared up coming down the ramp which is a first in his career. Since he didn’t say the same thing at the end of the Buffalo tapings in September I’ll trust that he doesn’t use that line all of the time.

Spears got very personal, telling the fans that this was the right time to open up about the past couple of months and his absence from AEW. He revealed that his mother passed away two months ago which honestly caught the crowd by surprise.

Mixed up with those hard times, he and his wife Cassie Lee learned they would be having a son, and Spears said being able to let his mother know this before he passed was a blessing. It was heady, cathartic stuff and kudos to Spears for choosing to share it.

On the way out from the arena, I spoke with a father and daughter who had lucked into grabbing front-row seats, which had been released for sale on Tuesday, after missing out on getting tickets to Dynamite the night before. Scott and Lily travelled from Brantford and beat the traffic partly because, as Lily excitedly explains, she got to miss the last twenty minutes of school. Scott is a veteran wrestling fan, signing up when The Mega Powers exploded in 1989 but this was Lily’s first wrestling experience of any kind. She liked the intros and the fireworks and actually seemed overwhelmed by the whole experience. Scott was beaming and glad that, whether she continues to watch wrestling or not, he gave her an experience that she’ll never forget.

The last stop on the way out to the parking lot was an impromptu wrestling-theme karaoke party, as many fans simply weren’t ready for the night to be over. I heard repeat playings of Judas by Fozzy and an enthusiastic version of the DX theme before checking out myself.

With Khan, Spears, Harwood, and Samoa Joe taking the time to heap praise on the crowds, it’s hard to look at these two days as anything but a huge success, so these fans should expect round two of AEW in Toronto sooner than later.