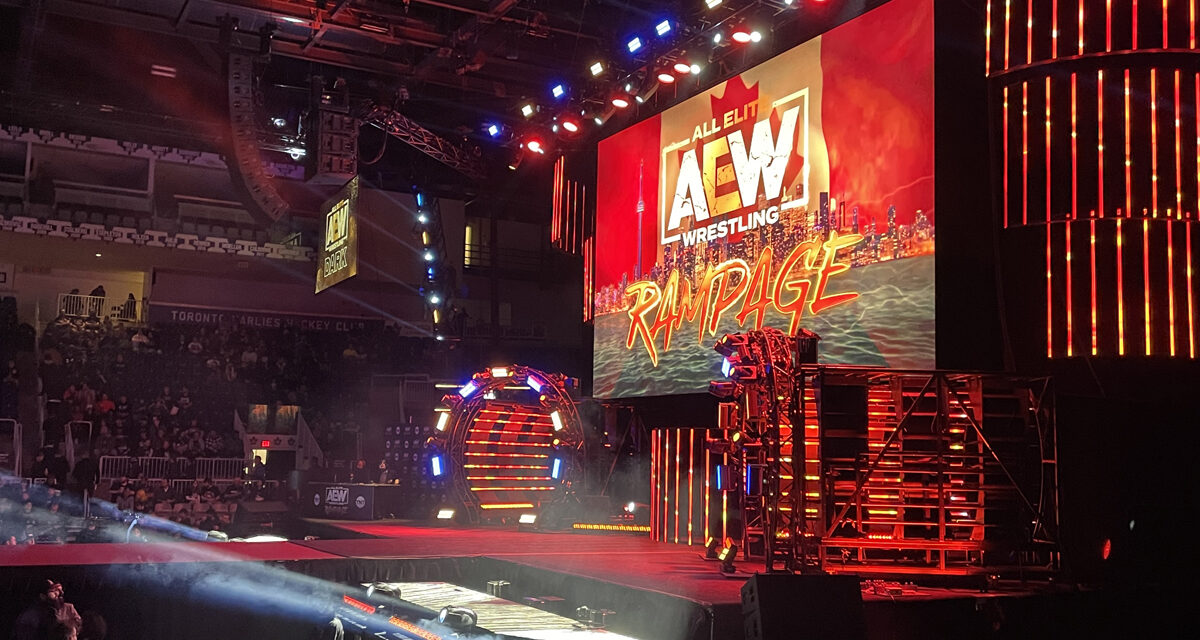 Here are your spoilers for this week’s Rampage broadcast filmed on Thursday night but airing Friday night.

Tony Khan greeted the crowd and thanked them for supporting AEW in Canada.

Claudio Castagnoli & Jon Moxley defeated The Butcher & The Blade
The hometown crowd was hot and cold for Bunny even though she was wearing the colours of the Canadian flag and is from Toronto. They cheered her entrance, booed her antics during the match and then chanted her name towards the end. Fickle.
Nyla Rose defeated Anna Jay with her Beast Bomb.
Ethan Page defeated Isaiah Kassidy…as the Canadian contingent continued its roaring success in Toronto (except, again, for Bunny).
FTR & Shawn Spears defeated The Embassy in a match featuring a lot of pink, Sharpshooters and even a Hart Attack. Cheap pops? Yes. Effective? Yes. Spears is back to his “10!” gimmick.

After the cameras stopped rolling FTR thanked the crowd. Dax Hardwood explained that last night’s response truly brought a tear to his eye. Shawn Spears explained why he has been on and off TV recently. He felt fans deserved an explanation. His mother died a few months ago but before she passed away though he and wife Cassie Lee made sure she was the first person to know that they were having a baby, a baby boy. Spears said if he is half the father Dax is, he will be doing okay. He thanked Toronto for a night he will never, ever forget. Samoa Joe ended the night by saying…Canada is All Elite!