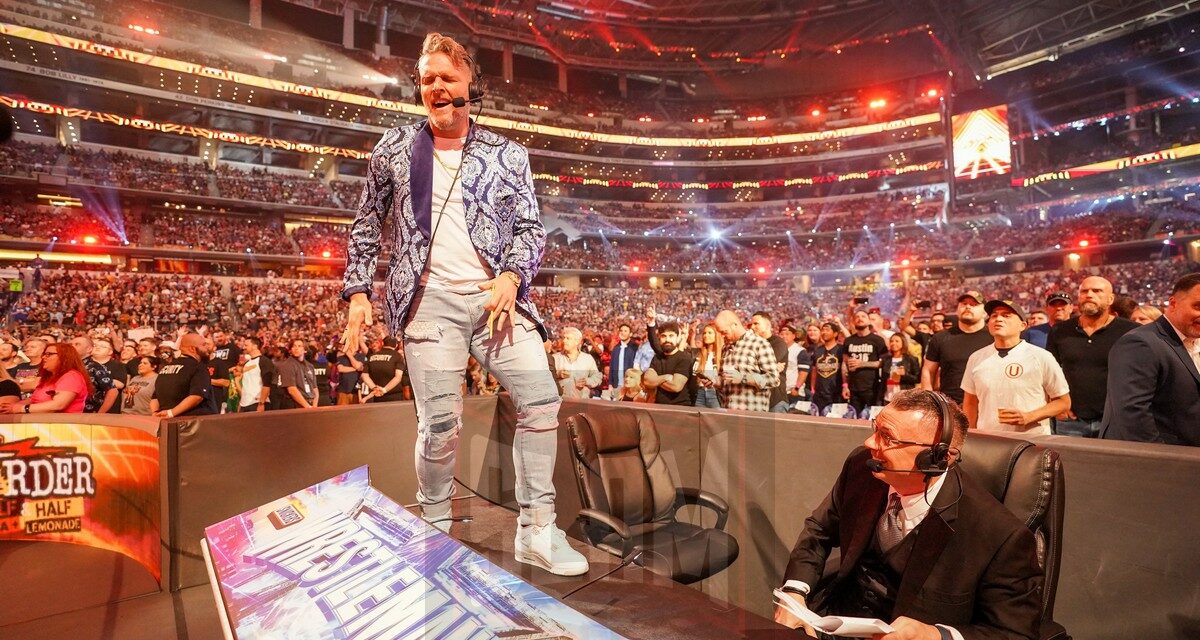 WWE announced some changes to the commentary teams for their flagship RAW, Smackdown, and NXT television shows, starting with next week’s season premieres.

The new Smackdown commentary team will consist of Michael Cole and Wade Barrett, who will be vacating his current NXT commentary chair. Samantha Irwin will be the ring announcer, and interviews will be conducted by Kayla Braxton and Megan Morant.

Corey Graves will be staying on RAW as the colour commentator, with play-by-play handled by Kevin Patrick, who will be moving away from backstage interviews. Replacing Patrick backstage will be Byron Saxton, who will be joined by Cathy Kelley who will be returning to WWE after a 2-year absence. Jimmy Smith, who took over lead announcing duties last year, will no longer be part of the team. This shuffle marks a major change from RAW’s traditional 3-person booth, which has been the norm since 2015.

On NXT,  Vic Joseph will be joined by six-time World Champion and WWE Hall of Famer Booker T. Remaining in their current roles will be ring announcer Alicia Taylor and backstage interviewer McKenzie Mitchell.

The announcement noted that Michael Cole and Corey Graves will announce Premium Live Events moving forward. The company also noted that Pat McAfee will return to the announce booth after his commitment to ESPN has concluded, though it did not specify as to which show he will be on.

After the announcement, which originally broke by Variety, Kevin Patrick tweeted out his excitement for his new role.

My heart is racing. Truly honored and so excited.#WWERaw season premiere is this Monday from Brooklyn, NY. Let’s get to work, @WWEGraves. Cheers ♥️👊🏼 https://t.co/XtWodHiTHS

While Jimmy Smith said thank you:

Just wanted to say, now that the story is officially out, that my time with the WWE is officially done. Had a lot of fun and met some great people. Really and truly blown away by the acceptance from the WWE fans! You folks make it work every week and your enthusiasm was amazing!