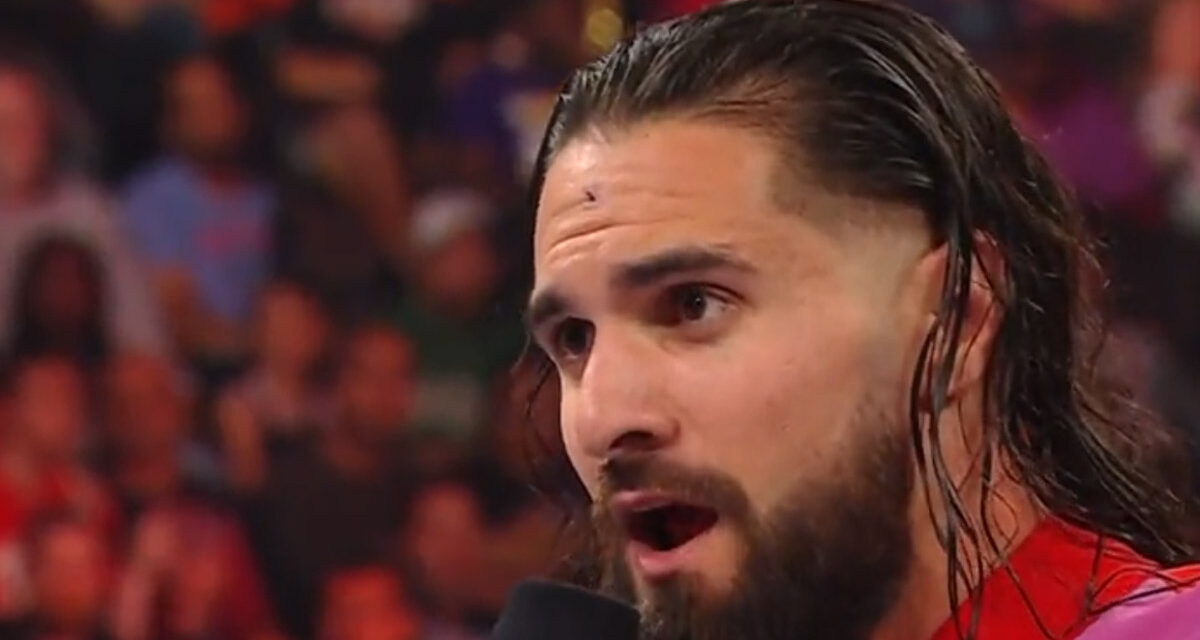 We’re kicking off with Judgement Day in prom mode. Finn Balor leads the way on the stick before we get to Dom Mysterio. Balor gets the stick back and goes off on AJ Styles, setting up the tag team match for tonight…

I’m glad to see Styles getting incorporated into the rivalry, but dear lord the week after week of Mysterio being in these matches has to end.

While I’m at it, you know what else has to end? The Eddie Guerrero “tributes” / rip-offs.

Match goes on forever. I don’t know offhand if WWE is still having trouble bringing their Superstars out of Florida but it feels like we’re going to be short-rostered again tonight.

Post-match, Rey tries to regroup with Styles who is having none of it. If we get Styles vs. Mysterio out of this mess then maybe it’s all worth it.

The post-match antics continue with Judgement Day laying waste to The Phenomenal One.

With replays, this took up a half hour. It’s got to be a short roster tonight.

Bobby Lashley is interviewed backstage next and is confronted by Mustafa Ali. Yep, short roster tonight.

Following a flash of the devastation in Florida, we get Sami Zayn, Jimmy Uso and Solo Sakoa paling around until Jey “party pooper” Uso comes into the picture. They head toward the ring until they run into the Street Profits. We get a nasty confrontation which leads to Angelo Dawkins and Solo getting a match established for later in the night.

This one goes through a commercial break as well. Ali shows some good vigor through the match, but if you looked up “forgone conclusion” on Webster’s website, well… this.

Spear, Hurt Lock (with a pass-out rather than tap), all she wrote.

Post-match, Lashley tries to show Ali respect before Seth Rollins attacks and hits a couple Stomps on the United States champ. Rollins then does the same to Ali on the outside. This is what Rollins needs to get going.

Rollins sticks around for the face-to-face segment with Matt Riddle. BTW, for those wondering where the Daniel Cormier involvement is going, look back at how Ken Shamrock started with WWE.

Rollins introduces the Fight Pit before Riddle comes down to the ring. Riddle promises to kill Rollins this weekend. Rollins quickly gets personal and is at his a$$hole best. Riddle fires back pretty damn well until Daniel Cormier appears on the Tron. Very good segment all around.

Backstage, Candice LeRae gets some good thoughts from the lead Raw faces overlayed by the White Rabbit QR.

In the locker room, Miz is on the phone with Maryse. Miz points out that Ciampa has been missing while building up to next week’s birthday bash. Dexter Lumis appears in the background and nearly grabs Miz.

Strong match between the NXT vets, but the commercial breaks up the flow.

Credit to the women – they get the flow back with some truly wicked offence. This could be one hell of a rivalry in the future.

Interference by Damage Control helps Dakota Kai get the roll-up win, with a serious fold-over. Seriously. That was knees to face in a whole other respect.

After the match, Johnny Gargano heads to ringside until he sees Miz asleep on some equipment. Miz awakens with a sketch from Dexter Lumis.

Back to the ringside for a tribute to Antonio Inoki. No highlight video, but not surprising given how little footage WWE has.

Before the match gets going, we get a really cool history piece on Chad Gable and Braun Strowman.

Otis has one of his best performances in WWE and Austin Theory, seated on commentary, is forced into the fray by Gargano. A Theory attack avec briefcase leads to Otis getting the cheap win.

Back from break, Strowman is weakened, apparently due to a blindside attack from Otis. Otis is now banished from ringside, but hey, damage done.

Gable shows his strength off giving Strowman a German Suplex. A quick reversal of fortune, however, gives the situation for a powerbomb and victory for Wardl… I mean Strowman.

Backstage, Lashley challenges Rollins to a match next week, putting the United States Championship on the line.

Back to the ring, we get the contract signing for the first-ever Women’s Championship Ladder Match. The exchange between Belair and Bayley was absolutely fantastic and arguably the segment of the night. A backstage flash leads to the usual physical confrontation during a contract signing. Asuka seems to have gotten the worst of it. Alexa Bliss, banged up, challenges Iyo SKY.

All the parties are at ringside, by the way.

Sakoa is getting a proper build on the main roster as an “enforcer” for the Bloodline.

Jey and Sami Zayn’s antics nearly cost Sakoa the match, but the end result is as expected.

Backstage, we learn that we’ll get Theory vs. Gargano next week. We also get a video of Edge doing the final sell job for Extreme Rules.

Fairly good match, but we get the expected interference.

Post match the shenanigans continue with Damage Control standing tall at night’s end. Hopefully this doesn’t mean Bayley loses on Saturday, because she deserves the gold.

That’s it for this week. Stay classy.