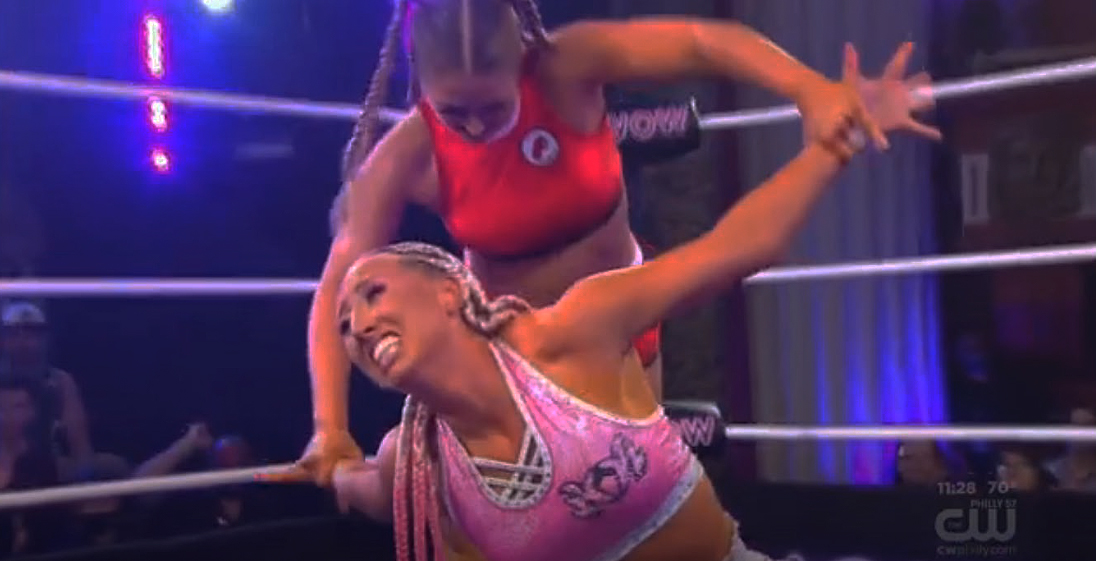 I just couldn’t take either of them seriously like the WWE’s The Goon, The Bodydonnas or Isaac Yankem that had me tune out the promotion for a couple of years. I am just not into that kind of cartoonish and juvenile presentation. I grew out of that kind of wrestling a very long time ago, folks, and I would hazard to guess that most of you have too.

Now, the modern WoW isn’t as cheesy as its predecessor but it still has its issues. Issues which makes it stick out like a sore thumb in today’s wrestling landscape.

During its premiere episode WoW’s biggest problem was that its primary focus is just all wrong. It is firmly on production value and the characters not the matches or what a wrestling show should be. None of the heavily-produced four matches on the one hour show went beyond four or five minutes. The main event itself was only 3 minutes and 13 seconds long. Some of the background, bio videos of their “superheroes” were longer than the actual matches.

Yes, they call their talent “superheroes” not superstars, which is fine by me but it just reiterates the fact that nobody in WoW is taking the subject matter sincerely at all. The matches were pretty good , besides the MTV-style camera work, cuts and editing, but just as the momentum was building, just as you were beginning to see what the talent were truly capable of, the matches would end.

While the over-the-top characters the talent were playing were quite detailed and supported by some great bio segments, they lack the basics of any wrestling promotion. None of them had names for their finishers. None of them cut any live promos. None of them were involved in any angles or storylines. It was just match after match separated by bios. The first match of the show was the first bout in a tag team tournament, however, they didn’t announce the brackets, the participants, the date of the finals, nothing at all. 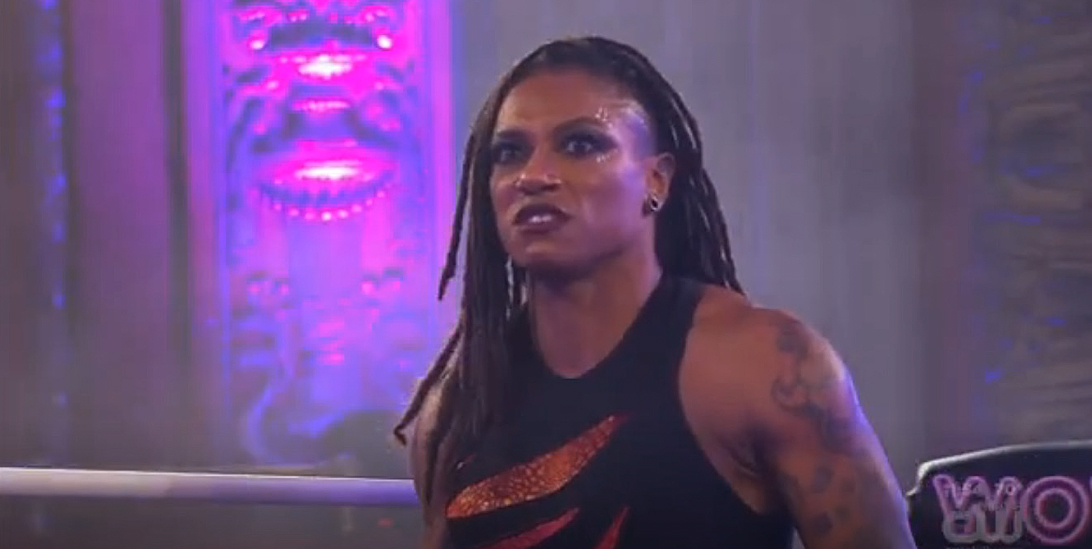 How can the producers can spend so much time fleshing out these personas of the “coach”, the “boxer”, the “cheerleader” and not get the elementary details of a wrestling program right? The facets that fans who watch WWE, AEW, Impact or Stardom look for. WoW appears to be fixated on the pomp and circumstance while totally ignoring the basics of a professional wrestling broadcast.

And what’s with that ring? Could it be any smaller?

The most puzzling thing is who do the producers think their audience is? Today’s WWE, AEW or Stardom fans are pretty much going to be insulted by WoW’s presentation even though WoW has some skilled talent in the ring and AJ Mendez is amusing and a breath of fresh air on commentary. Someone clearly forgot to tell Wow though that for the most part the era of comic strip caricatures like The Repo Man, Duke ‘The Dumpster’ Droese and Kerwin White faded away when Mantaur and Friar Ferguson were written off television…now, then and forever.

Someone besides goofball David McLane needs to sit sports executive and the other WoW owner Jeanie Buss down and show her women’s wrestling in the WWE, AEW, Impact and more importantly, the best women’s promotion on the planet, Stardom, and have her realize how outdated and how ludicrous WoW is based on the standards and expectations fans have today and why the wrestling cosplay, fan fiction she is producing is just a very, very bad joke.