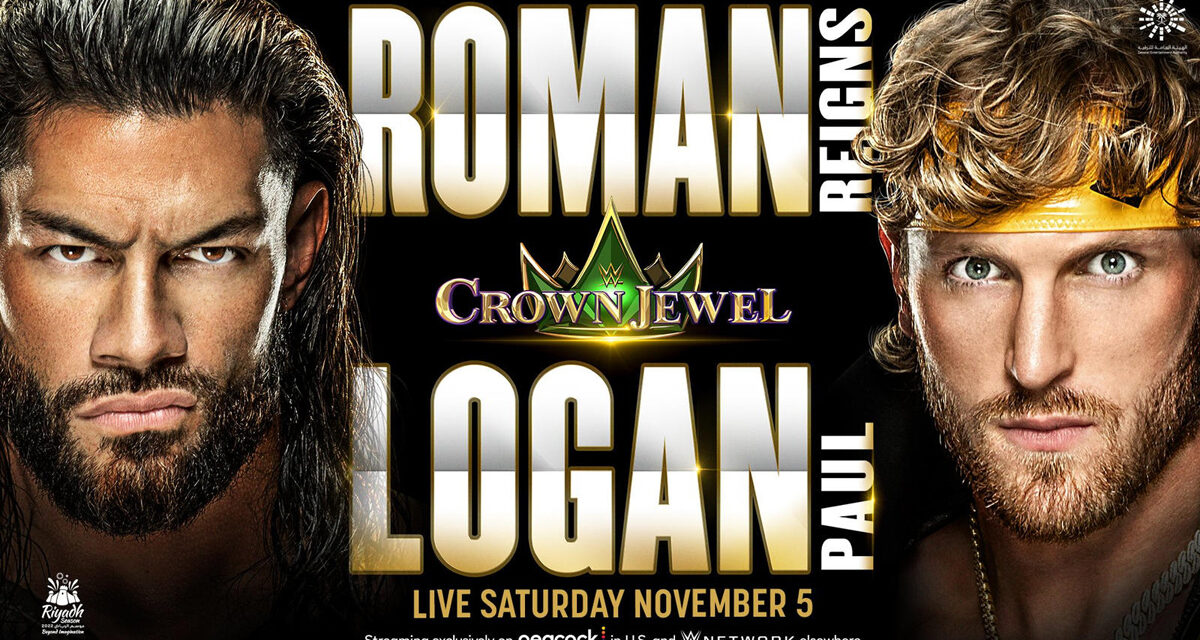 Well, that was quick.

You know the WWE is running out of challengers for Roman Reigns when someone who has had two matches in the WWE gets a shot at the Undisputed WWE Universal Championship but that is what happened today at the Crown Jewel press conference.

The WWE made it official that Logan Paul will main event Crown Jewel against Roman Reigns.

Although he couldn’t make Smackdown last night Roman Reigns was at today’s presser with his entire entourage of 35 hangers-on such as Sami Zayn and special counsel Paul Heyman.

“I know he has only had a few matches but he has blown people away in that short period of time,” he said of rookie Logan Paul.

After going through his usual “Acknowledge me!” banter, Reigns addressed Paul.

“He has two matches. I have been the champ for over two years….Let me teach you a little lesson here and that is you need to crawl before you can walk, walk before you run and then when you have learned to run you may be able to fly with the Tribal Chief,” said Reigns telling Paul he will “smash” him in Saudi Arabia.

Logan Paul then took the stage trying to defend his main event match against Reigns.

“I think I have proven myself in this industry and it is an absolute honour that I am facing Roman Reigns in my third match,” said Paul.

Paul Heyman wasn’t as polite as Roman Reigns though in his comments.

Angry Paul demanded Reigns speak for himself. Reigns stood up and pushed Paul. The two then stood face to face with HHH getting in the middle.