Wrestling not the main event in Dick Ebersol’s memoir 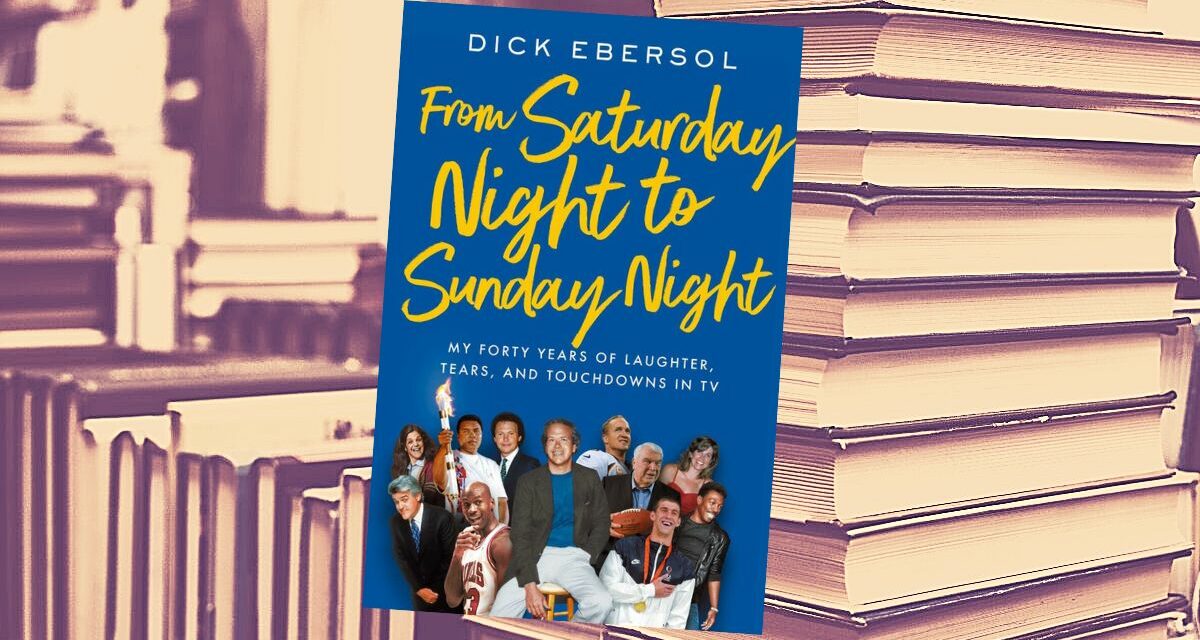 If you go buy Dick Ebersol’s memoir, From Saturday Night to Sunday Night: My Forty Years of Laughter, Tears, and Touchdowns in TV, for the pro wrestling content, you are going to be disappointed.

But you won’t be disappointed by the book. If anything, you’ll be jealous of all the experiences he’s had in the televised world.

For those not familiar with the name, Dick Ebersol was a young go-getter from Connecticut, who, as a student at Yale, lucked into a job with ABC Sports as an Olympic researcher for the 1972 Games, meaning that he learned under Roone Arledge, who was perhaps the most influential behind-the-scenes mind in the history of televised sports. Ebersol then jumped to NBC, but in entertainment, where he worked with Lorne Michaels to create Saturday Night Live — then took over for Michaels years later when Lorne bolted for a short time.

At NBC Sports, Ebersol was a key figure in so many things, like NBA on NBC, deals with the NFL including Sunday night games on primetime with the flex schedule, and the Olympics, over and over again, the Olympics (which is truly great if you love the Olympics).

I found it to be a great, compelling read, though, very much like watching NBC Olympic coverage — it’s USA! USA! USA! all the way through, with scant thought given to the rest of the planet, except mentions of where an Olympic Games was, or where he was jetting off to meet someone for some TV deal.

At no point does Ebersol push anyone under the proverbial bus; there are frustrations with people but no badmouthing. And no dirt.

If anything, there’s not enough Ebersol in it. It’s impossible not to read the section on his son’s death in a plane accident without crying, but really, that’s the only part I found that the curtain was fully pulled back. Even when Ebersol talked about his own heart issues, there was a distance there, more about naming celebrities that called him or visited than anything else. There’s too little introspection, I guess would be a good way to put it, and maybe that comes from decades in the corporate world. Heck, researching this piece, I learned he was married to an actress, Susan Stafford, before he married Susan St. James of Kate & Allie fame … yet Stafford isn’t even mentioned. (And wrestling fans will remember St. James as being at WrestleMania II, among the most misplaced celebrity guests in history.)

Ebersol was the one responsible for NBC’s Saturday Night’s Main Event, an occasional replacement for Saturday Night Live, in the 11:30 p.m. ET slot from 1985 to 1992, though he wasn’t involved the whole way — but he was there at the start.

In early 1985, Ebersol was strongly encouraged to go meet Vince McMahon. “Honestly, I had no interest,” wrote Ebersol. He was talking to David Letterman (there’s a lot of name-dropping like that in this book) and Letterman told his colleague that he had to go meet Vince too.

Ebersol described the meeting, at his office at “30 Rock” in New York City, home of NBC:

On the surface, you’d think Vince and I couldn’t have been less alike — in our backgrounds, our dispositions, and our interests. But sure enough, we hit it off immediately. What I remember thinking as Vince told me his story in our first meeting was how smart he was, and also how gutsy he was.

From there, Ebersol describes what pro wrestling was like at the time, how Vincent K. McMahon bought out his father, Vincent J. McMahon (erroneously saying the deal was made in the 1970s), and how WWF was growing, including the approaching WrestleMania.

For all his outsized public persona, Vince was genuine, soft-spoken, and thoughtful one-on-one in conversation. Like a lot of kids, I’d watched wrestling from time to time growing up. But it wasn’t until I met Vince that something immediately occurred to me: at the heart of the success of his operation was storytelling. Wrestling was, in effect, a live-action cartoon — with pretend heroes and villains, and rivalries and feuds, best delivered with a dose of humor and fun. Every one of those elements of the show was part of a story.

Since Ebersol was on his own at the time, not fully employed by NBC, he worked with WWF to produce Saturday Night’s Main Event. We learn details of the development deal — a 50-50 split. There is a little about how NBC big-wigs didn’t like the very idea of wrestling on the network, but the huge ratings soon changed their thinking.

A little ways into the process, Ebersol had to step away from the deal, since he was returning to NBC as an executive and couldn’t have a side deal like that. It hardly ended his association with McMahon and WWF. There’s an amazing story of Vince, Jesse Ventura and Ebersol hopping on a plane to go see Arnold Schwarzenegger, to try to convince him to be a special referee at WrestleMania III, for example.

But the next biggest thing was not, in fact, the next biggest thing. It was Ebersol who believed in Vince’s idea for the XFL — the first go-round — to convince NBC to air the games. McMahon had already announced the spring football league in February 2000, and Ebersol jumped on board immediately. NBC and WWE were 50-50 partners on the XFL, for its sole season, 2001.

How much did Ebersol trust McMahon? “My faith in Vince was unshakable — after what I’d seen him pull off in our years together in wrestling, I just believed he would find a way to get this thing off the ground.”

Well, it got off the ground, flew high for a week and then crashed when fans realized the quality of the action didn’t match the quality of the hype and production. Ebersol, who had been around sports geniuses for decades, acknowledged that the XFL did result in some good, like new takes on in-game action, like the camera on a wire — Skycam — above the field.

The XFL was among Ebersol’s greatest blunders, and he admits it: “from the start, we’d overpromised and under delivered.”

Aside from those big moments, there isn’t anything else that is strictly wrestling-related, unless you want to count mentions of people in the WWE Hall of Fame or who had “One Shining Moment” in wrestling like Bob Uecker (wait, that’s a CBS song). Though there are three wrestling-related photos in the insert, one of which is an awesome shot of Andre the Giant with Ebersol and one of his sons.

How much you will enjoy From Saturday Night to Sunday Night will depend on how much you love television and its behind the scenes players, contracts and deal-making, and especially sports.