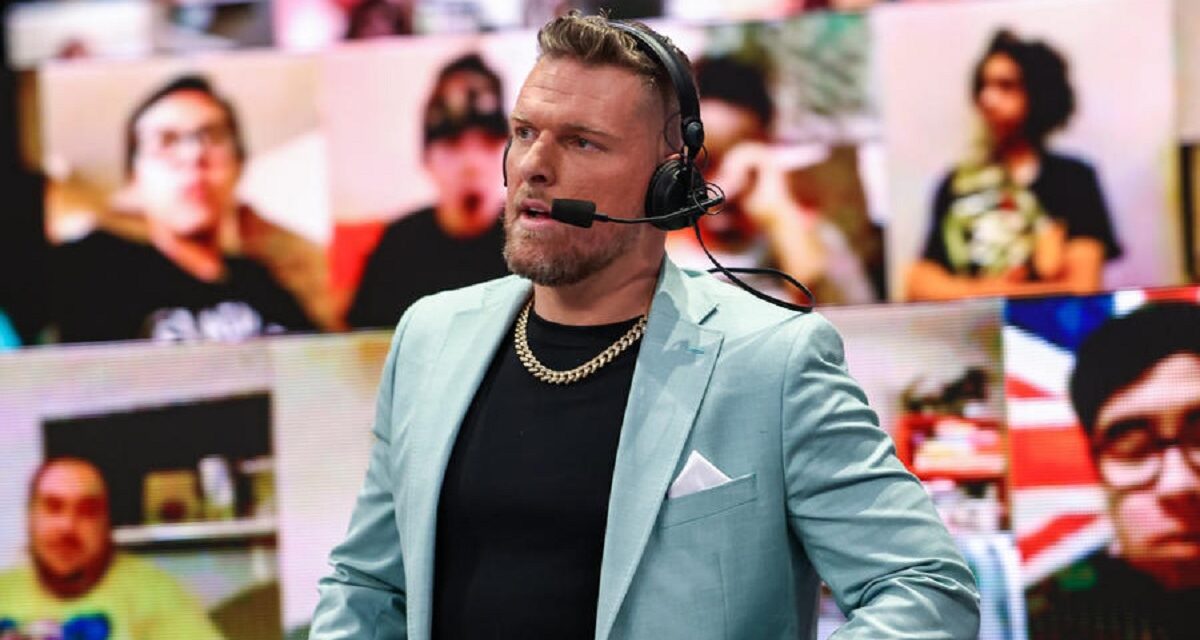 Pat McAfee announced that he will be taking time off from his responsibilities as WWE Smackdown commentator in order to join the ESPN College Game Day show full-time. During his Pat McAfee show podcast earlier today, McAfee noted that he has signed on to do the show, which focuses on college football, for this and next season, presumably with options to renew at the end of the two years.

As a result of the new job, McAfee will be vacating the commentary desk on Smackdown, where he has sat since April 2021 along with broadcast partner Michael Cole.

On his Pat McAfee Show podcast earlier today, McAfee noted that he spoke with WWE before accepting the deal in order to get their blessing.

“In order for the decision to be a firm yes from me, I wanted to talk with the people from WWE,” he said. “I hold my role as a Smackdown commentator as high as anything else that I do. Because not only is it a dream for me since I was a little kid, but there’s other little kids out there that are hopefully getting their imagination and their goals and dreams created, just like I was when I was a kid watching WWE.”

McAfee noted that he thought about doing both shows, but that WWE expressed concerns that McAfee traveling back and forth to do the shows would be too taxing on his health and well-being.

“The original thought for me was that I could do Smackdown and Game Day, I could do both. The folks at WWE – who I have nothing but love, respect, and appreciation for – I’m talking old regime, new regime, whoever you think is in charge over there, I have nothing but great feelings towards.”

McAfee added that as part of the WWE family, he still may do things for the company during the football seasons, suggesting he may be making appearances from time to time, although not on commentary.

.@PatMcAfeeShow approached us about his amazing opportunity with College GameDay. We’d never stand in Pat’s way, as he continues to architect his exceptional career.

Pat will remain a member of the @WWE Universe and we look forward to his return. #UpToSomethingSZN

The company hasn’t yet revealed who will be replacing McAfee behind the commentary desk on Friday nights. Stay tuned to Slam Wrestling for any updates.