Did The Rock ‘lift’ The People’s Eyebrow from Gil Hayes? 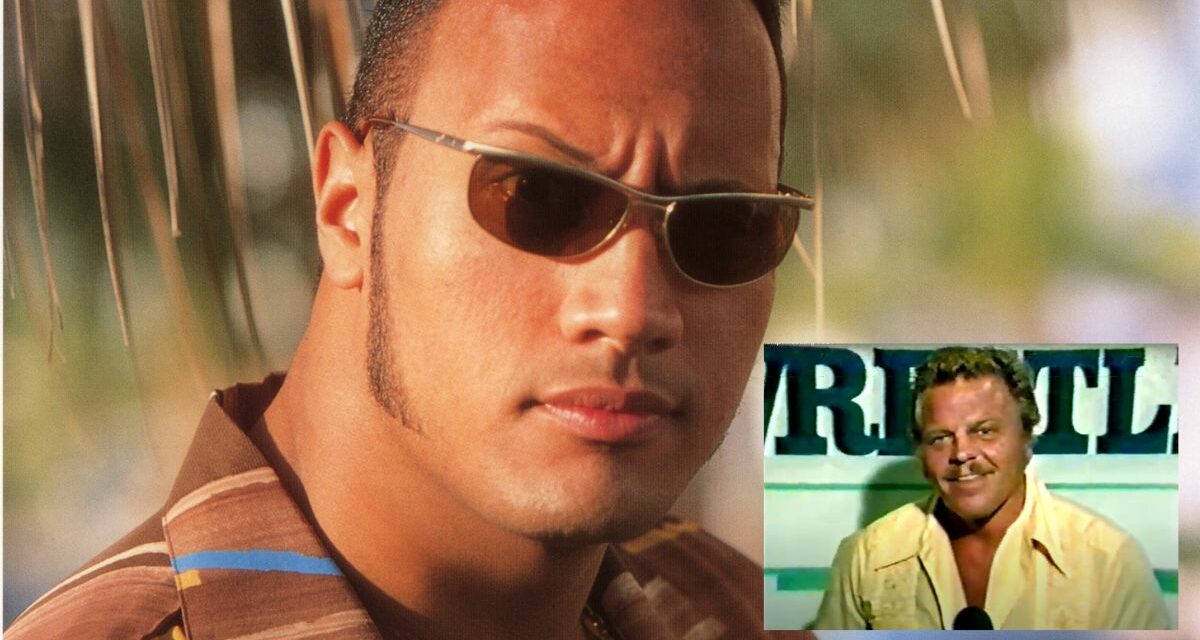 An interesting assertion came up during SlamWrestling.net’s discussion with the second wife of Gil Hayes, who died on July 28, of a massive heart attack.

Shelly Paulson married Hayes in 1977, and they were together almost eight years. During part of their time together, they were stationed in Hawaii, where Hayes wrestled for Polynesian Pro Wrestling. The promoter there was Peter Maivia until his passing in 1982, at which point, his widow, Lia Maivia took over — as detailed on the Young Rock NBC TV show.

The daughter of Peter and Lia was Ata, who was married to wrestler Rocky Johnson, and their son was, of course, Dwayne “The Rock” Johnson.

Paulson figured that the young Rock was about 10 years old when they were in Hawaii, and they were friendly, and the youngster would occasionally get a ride with Paulson and Hayes.

“He used to sit with me and we used to watch Gil do his interviews,” Paulson said, dropping an unexpected contention.

“The Rock’s eyebrow [lift] came from Gil, I’ll bet my life on it,” she said. “They used to put the camera right on Gil’s face with that damn eyebrow sticking up and up sitting there. So I can imagine as a 10-year-old little boy he saw this and that became his trademark.”

The eyebrow lift wasn’t only for wrestling interviews, she said. “Gil always had that eyebrow that went up and whenever I used to kind of cross him up, he’d lift the eyebrow and I knew something was up,” she said. “So part of Gil’s gimmick was the eyebrow and back then Dwayne — I didn’t know him by the name of Dwayne, it was Tufei.”

“His grandma used to call him to Tufei.”

Paulson herself has been around the wrestling scene in Edmonton, Alberta, since the age of 11. She admits to initially being oblivious to the stardom of The Rock in WWE.

“My daughter, to make a long story short, came to me when The Rock first came out asked if I knew who The Rock was,” Paulson recalled. “I didn’t know his history. My girl said, ‘Do you know who The Rock is?’ And I go ‘No.’ And she goes, ‘That’s Peter Maivia’s grandson.’ And I went, ‘What?!’ And I didn’t know the name Dwayne. And here it came out, well, I know him as Tufei.”

So, what do you think? Was Gil Hayes’ eyebrow lift the inspiration for The Rock’s People’s Eyebrow? Check out this interview with Gil from 1981 show, and judge for yourself (cued to start at the 33-minute mark):

EDITOR’S NOTE: An earlier version of this story had the nickname as “Two-Face” when it should have been “Tufei”. SlamWrestling regrets the error.