WWE/A&E’s ‘Rivals’ presses the repeat button for Mysterio VS. Guerrero 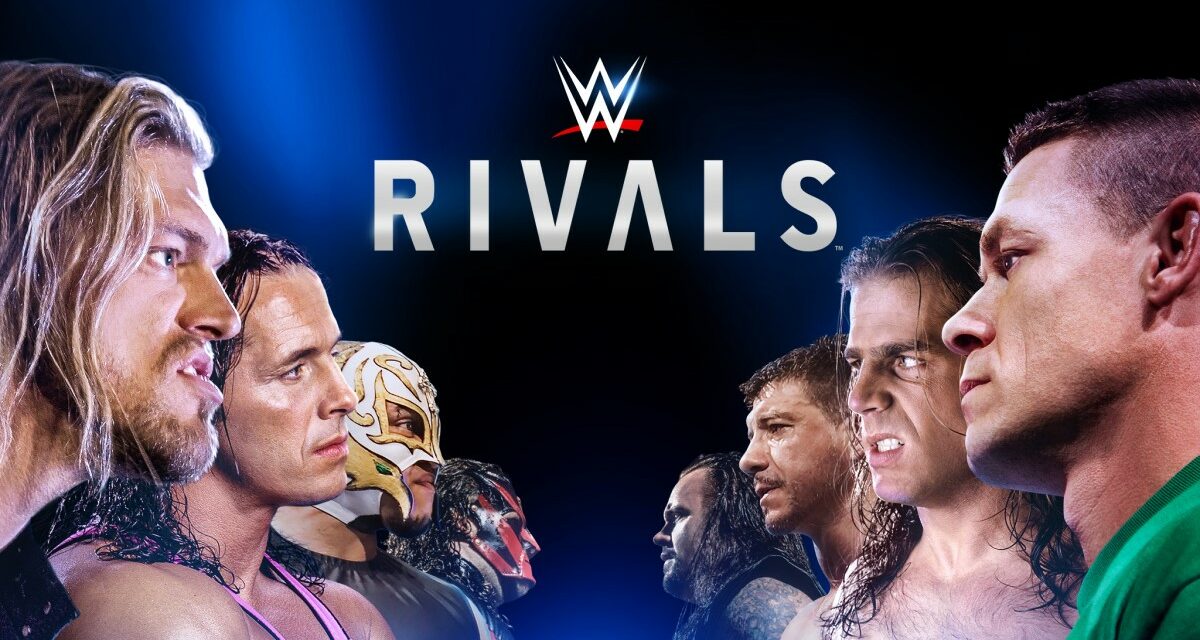 Following up on WWE/A&E’s Rey Mysterio-focused episode of Biography from earlier in the same evening, this week’s episode of Rivals expands, barely, on what had that show had presented regarding the on-again, off-again wrestling rivalry — and off-screen brotherhood — between Mysterio and Eddie Guerrero.

Mysterio repeats what he spoke of in Biography: meeting Guerrero at a show in Tijuana and being a fan long before teaming up or wrestling against him. Interview footage with Guerrero brings us back to his days in AAA wrestling, seeking to live up to his family name while also forging his own path. Mysterio talks about Eddie’s ability to switch between tecnico and rudo (face and heel) seemingly at will — that was his gift.

Bayley and Nash recall watching them in WCW and being awed by their offence, while Damian Priest points out how important it was to him to see these two addressing the fans and each other in Spanish.

There are a few more repeated sections from Biography, which is really strange considering that they play the two shows back-to-back every week. The story of Mysterio being awarded his name from his uncle Rey Misterio; the arrival of Mysterio and Guerrero in WCW and how they made a big splash in the company; Eric Biscoff once again acknowledging his lack of awareness of how important Mysterio’s mask was while booking him to lose it; the battle for Dominik Mysterio’s custody on SmackDown; and the sudden loss of Guerrero to a heart attack in 2005.

These are all important parts of the stories of both men but, again, we’d just seen these stories told within the prior two hours and we weren’t getting anything new.

What was new, for this Sunday night’s wrestling programming at least, was Guerrero talking about hating being WCW towards the end, turning to drugs and alcohol before landing in WWE and, in the long run, getting himself clean. A while later, Heyman calls helping to bring Mysterio to SmackDown through his role as head writer one of the best things he’d ever done for WWE.

Yet, here was Mysterio still having to prove himself, as JBL spouts off that the reason luchadors never made it big in America was because they wore a mask.

The middle of the show, and really the rivalry that they choose to focus on, is the time after WrestleMania 21 when Guerrero turned on Mysterio in a fit of jealous rage, breaking up their championship tag team and displaying his full rudo tendencies.

In what feels like a “Wow” moment, but is, of course, a product of the show being filmed a while ago, Sasha Banks chimes in as a Guerrero superfan to reminisce about seeing Guerrero go really dark as a villain in that story. It is notable, mind you, that Banks hadn’t been edited out of this episode given the current “whatever is happening” between her and WWE. In any case, don’t get excited about her being on WWE programming.

She talks about learning of Guerrero’s passing and being like everyone else as they learned the news: in shock and in denial. After the repeated footage of the Raw tribute show and Mysterio’s run to the Heavyweight Championship, the episode concludes with Rey visiting Eddie’s grave, the two men forever linked together through what they did in the ring together and their bond in life.

As a standalone episode, this was a fine summation of both men’s careers and how they intertwined throughout multiple federations. It really isn’t a standalone episode, though, because it’s naturally paired with Biography, and that being the case it’s at best curious, and at worst lazy, to repeat so much of the same material in back-to-back shows. Skip this one and just watch the Biography instead.