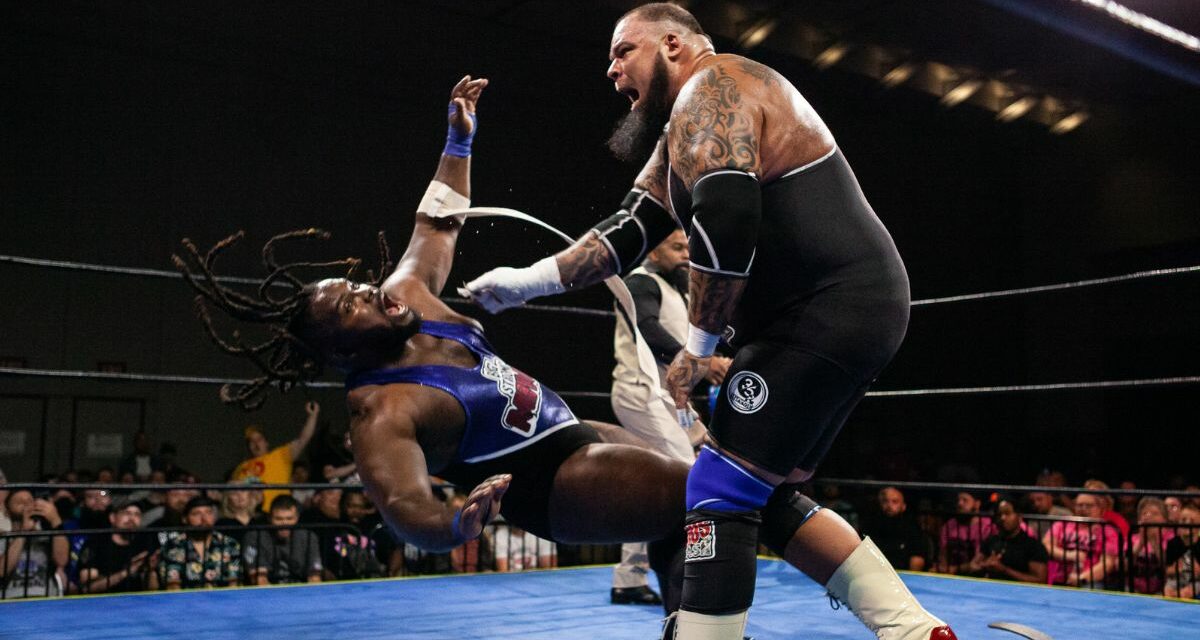 Fans of more classical American wrestling are in for a treat this upcoming Saturday and Sunday as the National Wrestling Alliance will host its 74th anniversary show. And on the second night, NWA World TV champion Tyrus hopes to do something that hasn’t been done in decades: become a dual champion in NWA.

NWA 74 takes place over two nights, both in the Chase Hotel’s historic Khorassan Ballroom in St. Louis. On Night Two, Tyrus will challenge Trevor Murdoch for the fabled NWA World Heavyweight Championship. And while Tyrus considers Murdoch a close personal friend, he’ll be putting personal and professional goals above that friendship on Sunday.

“I’m extremely physical and dominant, definitely a sight,” Tyrus told SlamWrestling.net. “I’m extremely aggressive, one of the biggest performers in our business. I’m stoked about challenging for the NWA World Title. I’ve had great training camps. I’m coming in at the lightest of my career. The tension’s pretty high between me and Trevor. He’s not looking to let it go and I’m looking to make history.” 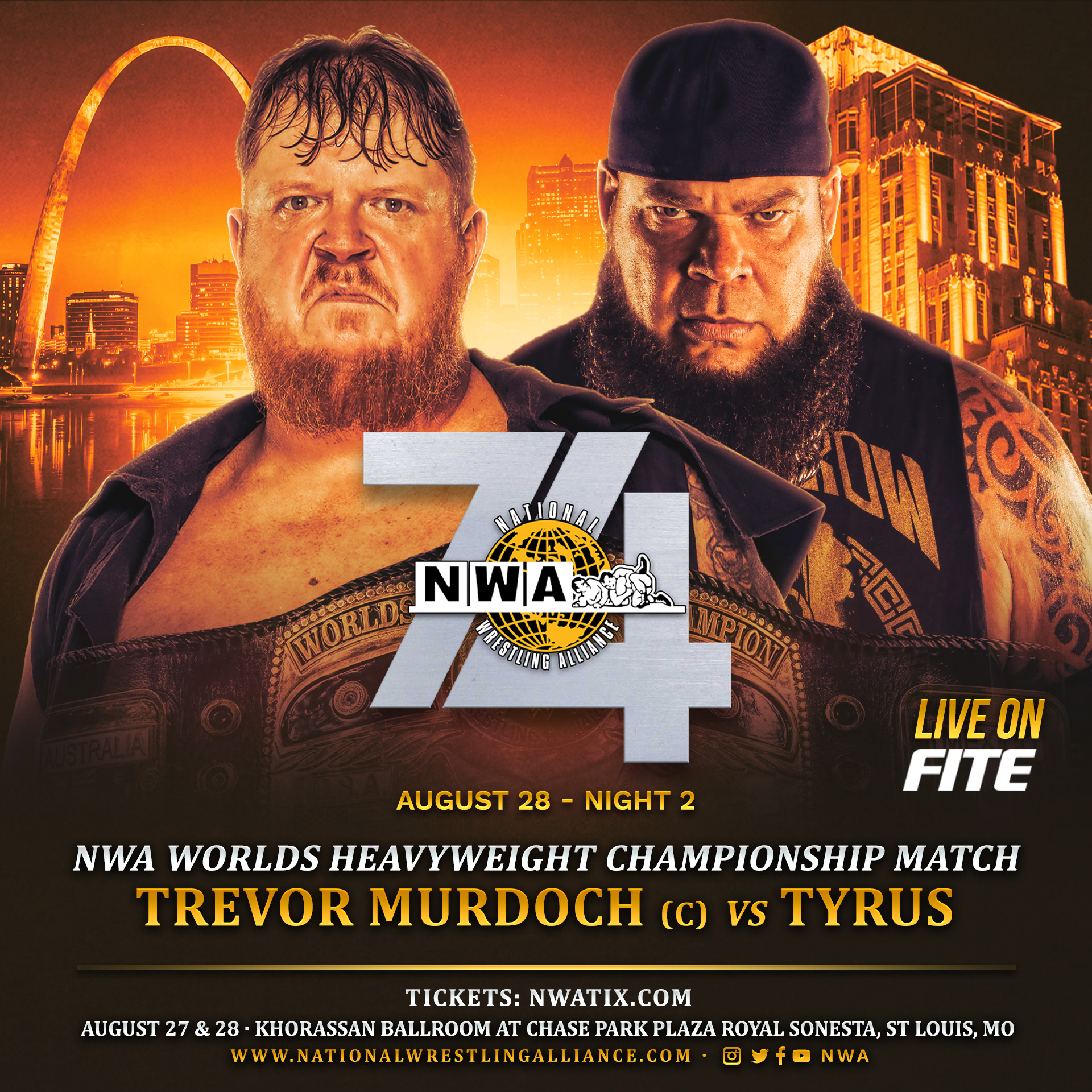 Only one act in wrestling has ever managed to become dual champions in the NWA’s long and storied history. In 1988, the NWA United States Tag Team champions The Midnight Express (Bobby Eaton and Stan Lane) defeated NWA World Tag Team champions Arn Anderson and Tully Blanchard to win the World tag titles. Tyrus hopes to do the same thing but in a singles capacity.

Many fans may remember Tyrus for his time under that name in Impact Wrestling and for his WWE tenure under the name Brodus Clay. Though he does retain some character and style aspects of both, Tyrus in NWA is a different creature altogether. Although he vows to be as aggressive as possible to win the “Big Gold” belt, Tyrus also aspires to channel his mentor Dusty Rhodes when he wrestles. “The American Dream” was a big influence on him and he wants to think Rhodes, who died in 2015, would be proud.

The upcoming title challenge against Murdoch is arguably the biggest moment of his career, though the 49-year-old Tyrus is also very proud of what he has accomplished to date. Winning the NWA TV title, beating Da Pope in June 2021, was also very big for him, especially because of what it means to him. “Dusty invented this title and carried it with him. He had awesome feuds with the likes of Arn Anderson, Tully Blanchard, Mike Rotunda, and many others. Not only did I win it, but I’m able to carry it whenever we’re broadcasting. It’s the most seen [NWA] title on television.” 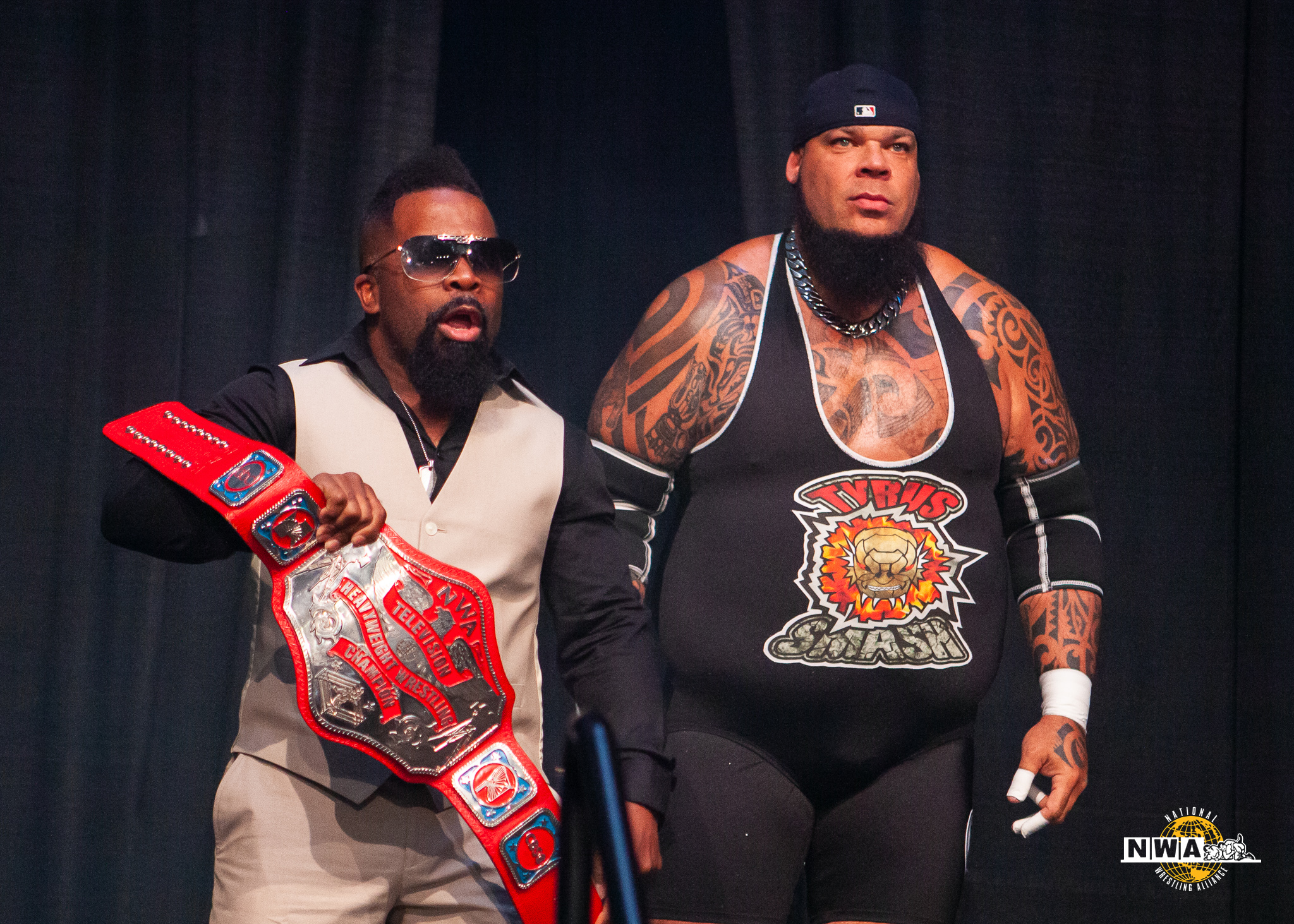 Blk Jeez, holding the NWA TV title, and Tyrus in the NWA. Photo by Hiban Huerta/NWA

Tyrus isn’t putting the cart before the horse and thus isn’t making any big plans for his career until after this Sunday’s big event. If he manages to beat Murdoch, Tyrus vows to defend both titles as much as he can. If he doesn’t, then he’ll continue defending the TV title while also looking for possible opportunities to face some dream opponents. Tyrus named five wrestlers he’d like to face one day: Dustin Rhodes, John Cena, Nick Aldis, Thom Latimer, and Paul Wight. And while the landscape of wrestling constantly changing, who’s to say that any of these match-ups won’t ever happen?

Aside from his in-ring battles, Tyrus also has some useful advice for viewers, both within the wrestling world and outside it. From his own experiences within wrestling, it was always easier to ask for forgiveness than to ask for permission. He also believes that wrestlers don’t necessarily have to really change depending on where they’re wrestling. Tyrus wrestled all over the US, in Europe, and in Japan, and he received wildly different reactions while wrestling in his same style. To him, the different reactions are more about cultural differences than they are about the fans’ ability to connect with the wrestler competing in front of them.

Tyrus has also been busy outside the squared circle as well. He appears regularly on various shows on Fox, including The Greg Gutfield Show, The Daily Briefing, Un-PC, and Nuff Said. Tyrus doesn’t shove his views into viewers’ faces, nor does he make them central to what he does; he looks at things going on from a comedic and common sense approach and puts himself before the party and partisanship. Plus, he sees it as a chance to cut promos on a nightly and to become one of those wrestlers that transcends pro wrestling itself.

Tyrus has even entered the world of writing with his memoir Just Tyrus: A Memoir. Published earlier this year by Post Hill Press, the book has thousands of 5-star reviews on Amazon and has already become a New York Times bestseller. Tyrus has already signed a second book deal and provided some advice for aspiring writers out there.

“Everyone should write, and everyone should write their own stories, even if they don’t get published. Writing’s very therapeutic. When you write, write for yourself, tell your story; be honest with yourself as you’re writing. If you’re going to tell someone else’s story, readers won’t like that,” he concluded.

NWA 74 takes place this Saturday and Sunday August 27 and 28 in St. Louis, Missouri. Tickets can be purchased at ticketmaster.ca or at NWAtix.com.