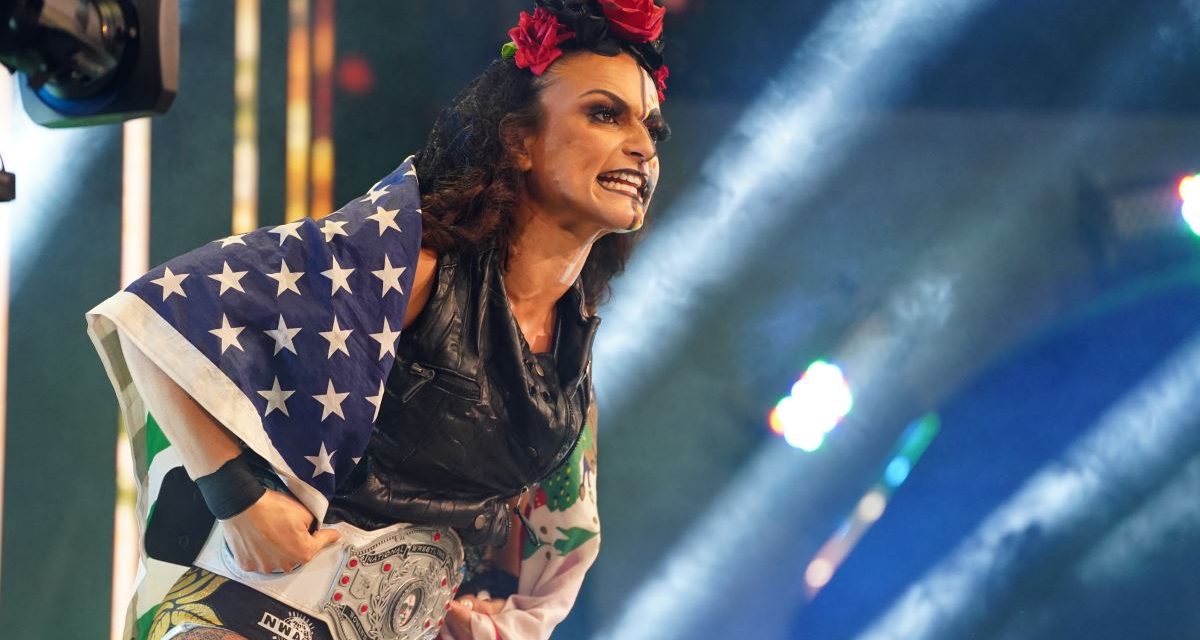 The injury bug continues to take a bite out of AEW.

“I am sorry and I am heart-broken and I feel like I am letting you guys down. I have to step down as the AEW Women’s World Champion. I am not able to defend the title due to injury,” she said.

Rosa wished her friend Toni Storm best of luck and hoped her dreams of becoming the champion comes true.

She did issue a warning though to whomever becomes the interim champion.

“I want to remind everybody that this is not going to stop me. This is going to make me better. I am going to come back stronger and better with a bigger chip on my shoulder,” she said.

An interim champion will be determined at the All Out pay-per-view with Jamie Hayter, Dr. Britt Baker DMD, Toni Storm and Hikaru Shida battling for the title.

Later on Dynamite, Baker lashed out at Rosa saying she wrestled her entire reign with a broken wrist. That brought out the other half of Thunder Storm, Toni Storm. Hayter attacked Storm from behind until Shida arrived with a kendo stick in hand.

Baker and Shida have both held the AEW Women’s World Championship before.

Punk returned on the August 10th episode of Dynamite to lay down the reunification challenge to Moxley.