Nick Gage lives to be in deathmatches 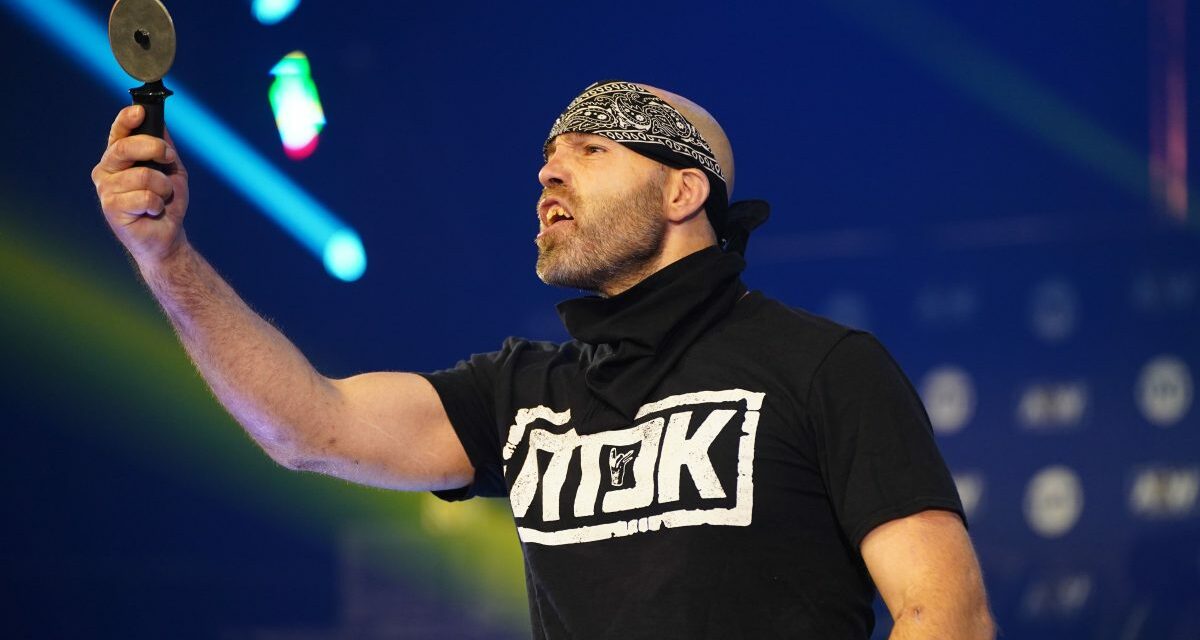 It’s been a few months since Nick Gage had a match in Game Changer Wrestling, but that doesn’t mean that the self-professed God of Deathmatch Wrestling hasn’t made his presence known there. Indeed, at last weekend’s GCW Homecoming weekend, August 13-14, Gage was involved in two major moments. On Night One, he challenged Jon Moxley, the current GCW World Champion, to a match, which Moxley agreed to on the condition that Gage put his career on the line. Then on Night Two, Gage interrupted the wedding renewal ceremony between Matt Cardona and Chelsea Green, using his trademark pizza cutter to slash Cardona’s face and leave him in a pool of blood.

“I love it,” he said simply in an exclusive interview with SlamWrestling.net at last month’s Starrcast convention. “GCW is a truly independent company. There was no ‘money guy’, there was no ‘money anything.’ It was Brett Lauderdale and me, and we started something from scratch. It just kept building and building, and what we’ve done has never been done before. Go back in the history of wrestling, and you’ll never have seen an independent company travel across the world like we do. I think it’s really something special.”

Besides Lauderdale and himself, Gage also credits the fans – giving a shout-out to his MDK (Murder Death Kill) gang in particular with an “MDK… all f—-n’ day!”) – for the company’s success.

“We built this company for the fans. Everywhere we go, we have sell out crowds. They’re great, and they really love what we do.”

What Gage does, in particular, is specialize in deathmatch wrestling. That kind of match, featuring weapons and blood, is often dismissed by critics as “garbage wrestling” but Gage sees it as a legitimate and valid style that he is proud to be associated with.

He is not all violence though. Asked for a surprising fact, Gage confessed to being a big Miley Cyrus fan: “She rocks!” 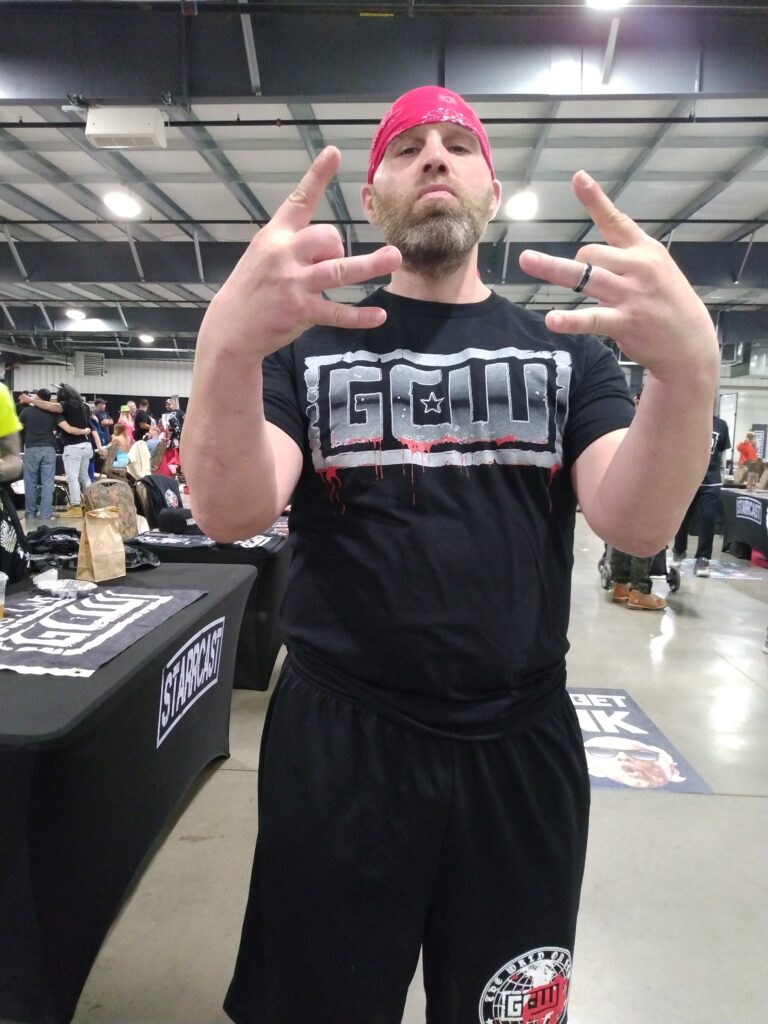 As for the critics of deathmatch wrestling, Gage doesn’t feel the need to defend his craft, but he does feel that it has received some unjustified backlash because of participants who don’t necessarily understand the artform.

As one of the company’s mainstay pillars, Gage is very proud of the company’s success, and its ability to showcase major names. In addition to Moxley – who is currently the Interim AEW World Champion – and Cardona, recent shows have also featured stars like the Briscoe Brothers, Impact X-Division Champion “Speedball” Mike Bailey, and earlier this year, Jeff Jarrett.

But he also appreciates the younger talents that may not yet have that same level of name recognition.

“I’m so happy to watch them guys go out there each and every night, and bust their asses to make the company what it is,” he praised. “Seeing them motivates me to get back in the ring and be the best that I can be. I’m just so happy to be a part of it.”

As a locker room leader, he also is happy to give them advice on how to grow their careers.

“I tell them that anytime you can get booked for anything, work that show,” he shared. “Unless it’s a weirdo booker or something, work that show. Keep getting in the ring and wrestle as much as you can. Because if you’re in the ring all the time, you’re going to improve and improve and improve. Especially if you can do it in front of a live audience.”

They’ll get their chance over the coming months, as GCW has a number of shows coming up both in the US and abroad, including in Illinois, New Jersey, Los Angeles, and in Liverpool, England, as part of a partnership with TNT Extreme Wrestling. Alas for Canadian fans, there are no announced plans to run a show there, but Gage suggests it may be possible in the future.

“Of course, I was locked up for seven years,” he said, referencing his well-publicized imprisonment for bank robbery in 2011, “so I don’t think I’d be able to get into Canada if we did run there. But I don’t see why GCW can’t, you know, so stay tuned.”

But Canadian fans can find some consolation that they will have chances to see Gage in the ring when the company runs close to the border. Indeed, despite all the punishment his body has gone through, he has no plans to hang the boots just yet.

“I’m in good shape,” he said proudly. “My body is so good right now that I can keep going. And I’m not planning to go anywhere until I can’t wrestle no more. I want to be the GCW World Champion again. And I want to live life in the fullest. I’ve already died once, you know, but if I die in the ring, well that would just be the perfect way to go out.”