G1: White remains invincible, Cobb gets all wrapped up 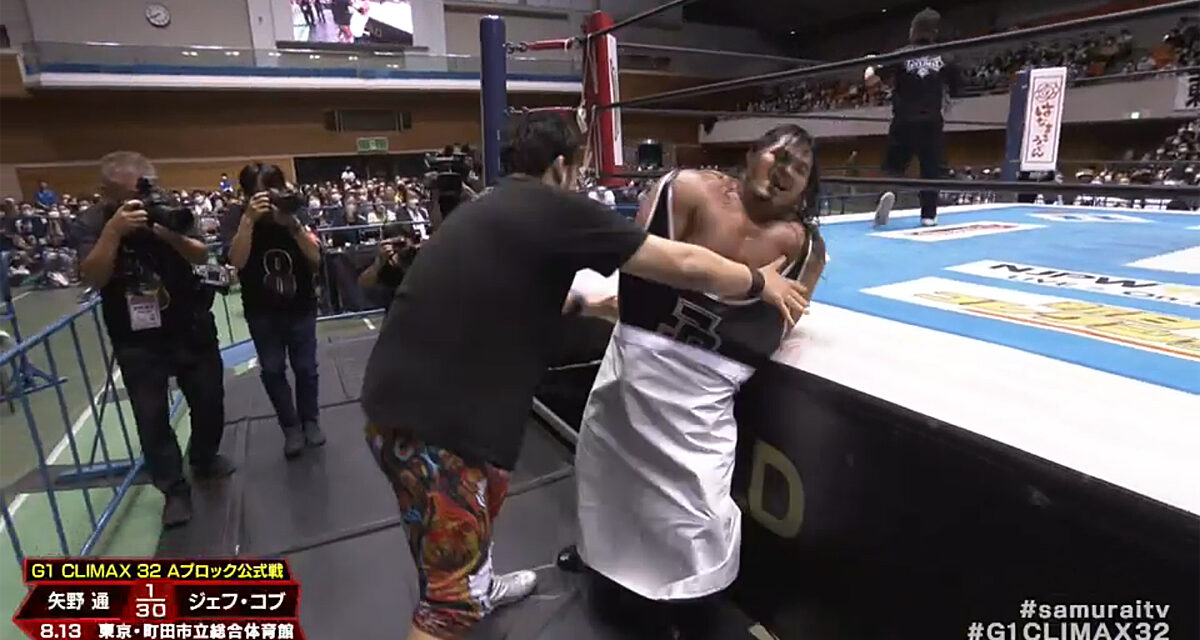 The IWGP World Heavyweight Champion’s G1 Climax undefeated streak continues. Jay White only has to beat Tama Tonga to head into the semi-finals with a perfect score. Taichi was the latest to fall to White and his BladeRunner. 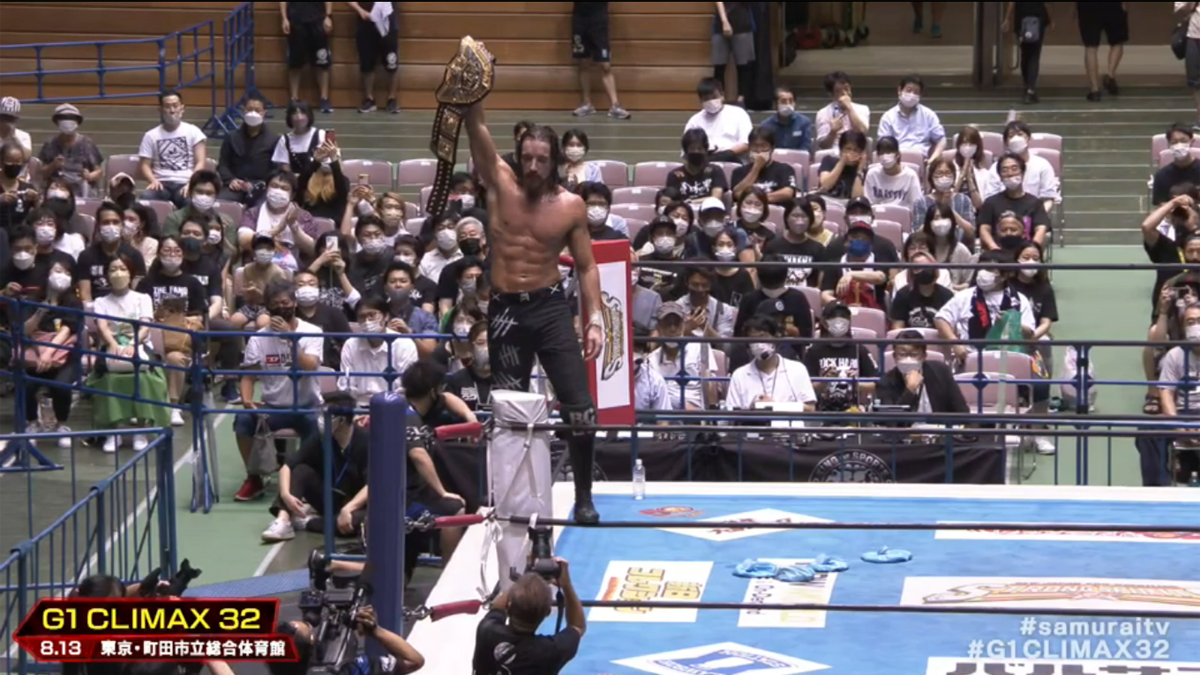 Yano and Cobb has one of the craziest matches of the G1 as well. Yano wrote on social media that he wouldn’t be in attendance tonight and told fans not to look for him.. The official rang the bell and started the count when Yano doesn’t appear through the curtain. Yano snuck through the crowd and tried a roll-up. He almost pinned Cobb. Yano wrapped up Cobb in the ring apron and his own singlet hoping to get him counted out. One of the Young Lions helped Cobb escape and beat the count back into the ring. Cobb was still tied up in his singlet but he battled on in the ring. Cobb fought fire with fire. He pulled Yano’s shirt over his head and pinned him with a Tour of the Islands. Yano is officially out of the tournament.

Taichi wins with the Yokozuna Forearm.

Ishii pins Togo with the Brainbuster.

Henare and Kenta are now done in the tournament. Henare submits to Kenta’s Yes Lock.

Yujiro uses a steel chair on Takagi. Takagi still wins with a Pumping Bomber clothesline and a Made in Japan. Yujiro is out of the tournament.

Ospreay wins with the Hidden Blade.