Gargano ‘far from done’ but won’t say where or when

If there is any news on whether Johnny Gargano would be seen on a major company’s TV shows in the near future, you won’t hear it from him – for the time being at least. Indeed, he wouldn’t reveal anything – or even if there is anything to reveal – when he sat down with SlamWrestling.net over Starrcast V weekend.

About his current situation – which saw him leave NXT in late 2021 when he opted to not re-sign with the company – he noted that he has been watching industry developments closely to help inform whatever decision he ultimately makes.

“Now is a great time – not just to be a wrestling fan, but also to be a wrestler,” he noted. “I’m in a unique position in my career right now, in that I’m able to sit back and kind of look at the landscape of things. There are so many different options out there for people.” 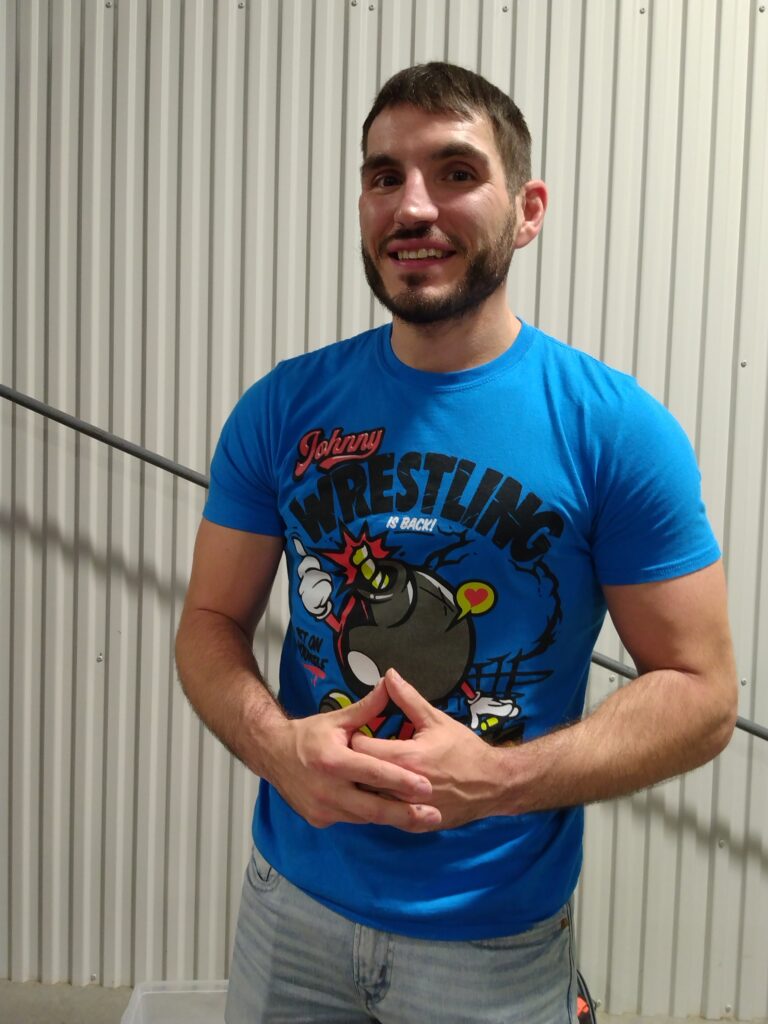 In the meantime – and in between diaper duty – Gargano is enjoying his time with his family and taking time out to enjoy the downtime.

“You appreciate these things more when you get the less time to do them,” he noted, “but being able to sit on the couch and watch Netflix or a TV show with my wife and baby and dogs is something I very much enjoy. The little things in life, you know?”

But doing that forever doesn’t appear to be Gargano’s plan. Indeed, he does have some professional bucket list items.

“I’ve gone on the record about how I never got a chance to wrestle at WrestleMania, so that’s still very much on my bucket list,” he said. “The Intercontinental title was huge for me growing up, that was like the work-rate title. Those are the two main things off top my head.”

“But to be able to just come back and make a splash somewhere, I guess right now is something I really want. Just finding the right place, the right time, the right opportunity. And hopefully, creating a surprise for wrestling fans all over the world.”

“Don’t get me wrong,” he clarified. “I want to be the best dad I can be, and hopefully spend as much time as I can with my little one before he gets too big. But I also don’t want to be that guy who tells his kids, ‘This is what I used to do.’ I want to be able to (wrestle and) show him, ‘This is what your dad does.’” 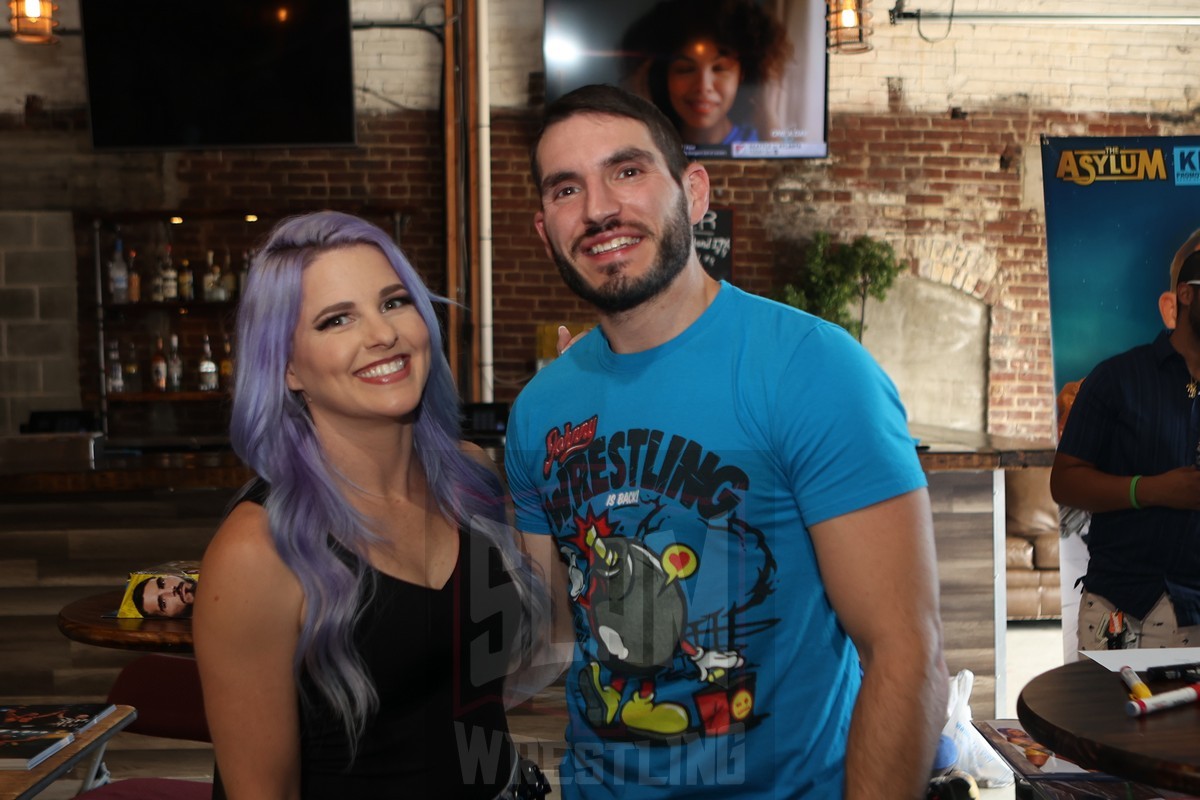 Candice LaRae and Johnny Gargano at the Icons of Wrestling Convention & Fanfest on Saturday, August 6, 2022, at the 2300 Arena, in Philadelphia, PA. Photo by George Tahinos, https://georgetahinos.smugmug.com

And, successfully evading the question as to where he will be doing it, he teased only this:

“It’s scary to leave the spotlight, because you think you’re going to be forgotten. So it’s nice that people still care to ask. I appreciate that people haven’t forgotten me. When I get asked about it on Twitch, or when I turn on Twitter and read my name anytime a surprise (is teased), it really means the world to me.”