SmackDown: Karrion Kross is back from the shadows 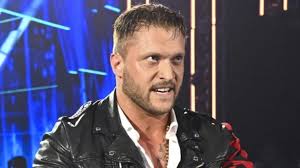 I must say, SummerSlam was epic. I had so much fun watching it, it was ecstatic. The majority of the time I was on the edge of my seat when it came to the Usos and The Street Profits’ match as well as Reigns and Lesnar, which was the most riveting one given that Brock lifts the entire ring with a tractor no less.

If you remember correctly, last week Friday I said Paul Heyman might finally get a beating from Lesnar for simply being a snake. Yeah, well, Lesnar made sure to put Heyman through the announce table at SummerSlam exactly for my pleasure. It’s like he knew what I wanted.

I yelled, cackled, screamed, almost fell off the couch in anticipation. Hall of Famer, Kane was there, Bayley too. Corbin got his balls kicked by McAfee. While Ronda lost it on Liv Morgan because she got Morgan to tap out before the third count, so she should have won, yet… I’ve never been that overjoyed. If you haven’t seen it, you missed one hell of a time. I LOVED IT!

Now on to present news, the Undisputed Champions are here tonight. Reigns has come to address McIntyre on they’re upcoming matchup at Clash at the Castle.

McAfee is so proud of himself for last Saturday’s beating to Corbin that he happily asked for a replay to be shown. Happy Corbin has become Pouty Corbin according to Michael Cole. Ingenious.

This is a match I never thought would happen. New is good.

After laughing at Happy’s cracked balls on the replay, Ricochet instigates a match against him because why the hell not? Whatever makes Corbin feel like he should dump his ego on someone to be calm, go right ahead.

Corbin starts off this match by throwing Rico into the turnbuckles as he bounces. Corbin does try and go for his End of Days move only for Ricochet to quickly dodge his attack.

Ricochet may be in amazing shape as he flies from inside the ring and lands on Corbin, but the momentum switches fast as Happy boosts Ricochet face first into the post after Rico misses his jump from the apron.

Happy is in control by taking it out on Rico by placing Ricochet into an arm hold. It was both extraordinary and scary that once Ricochet has some leverage, Corbin uses that to swing him over his head so high that I thought Rico would break his neck.

Happy gives hell by delivering his Deep Six move, but Rico hops out just in time.

The Shooting Star maneuver by Ricochet grants him the win over Happy Corbin. That made McAfee absolutely joyful.

Yes, Ronda went a little berserk on Liv, but she had outstanding reason for doing so. I felt sorry for her, and the company went even further by suspending and fining her due to her outburst.

I can’t lie and say I wouldn’t be just as pissed as she was. So, unfortunately, Rousey isn’t a contender tonight to see who will square off against Liv at Clash at the Castle.

Sami Zayn is a face I haven’t seen in a bit, gladly though. He wanted to congratulate Reigns for his win at SummerSlam, but the twins don’t let him in. “Dog?” is what Zayn says confused, yet I burst out laughing because that word came out of nowhere.

The way they introduce Ludwig Kaiser’s name is so on the nose of German, I believe. The accent is spot on, I like it.

The battle begins a little slow, but Kaiser has been impressive during this fight by plummeting Nakamura in the turnbuckles and the mat.

Nakamura manages to retaliate as he charges Kaiser with his stupendous legs. Knee kicking his opponent on top of the turnbuckles, sending him falling right off in pain.

Shinsuke does seem to have the advantage until Ludwig quickly turns it around with a spin crashing move, which lets Nakamura land harshly on his shoulder.

Gunther actually looks worried as we see him standing at ringside. Was I the only one who thought he was at the verge of crying? He must be scared.

Shinsuke got temporarily distracted by Gunther outside the ring, then he was attacked by Ludwig. Kaiser thought that was enough for a victory, yet Nakamura gets right back on it with a Kinshasa move for the win.

Oh my God, I just noticed. Almost the entire crew of the New Day has been taken out. First Big E, now Xavier Woods. Kofi Kingston is left alone, but he says it’s been a while since then, so I assume it’ll be an opportunity to solidify his position.

Liv Morgan is here tonight to address the controversy at SummerSlam. There are questions, but Morgan still has the SmackDown Women’s Championship; although, this reminds me of another rivalry Rousey had with Charlotte Flair. Flair also tapped out, but she still walked out as champ.

Deville arrives to call Morgan out on her bull. I can’t say she isn’t somewhat right about Morgan’s run at being champ. It is a damn mess.

Aliyah and Sonya begin this Gauntlet match, and whoever wins this part will advance to the next stage.

If I’m being honest, during this match, Aliyah felt flat to me. Shotzi calls her “bubbly”, which is true, but I think she’s not concentrating enough in her brawling moves to secure a win.

She went as far as she could against her opponent, but… uh, Sonya’s ‘Deville Advocate’ move is what grants her a pass to keep moving while Aliyah stays put.

After defeating Aliyah so swiftly, Deville has to face Raquel once again. Rodriguez goes in strong and fast to Sonya’s abdomen, which gives Rodriguez the encouragement to keep going.

Sonya does surprise me by having Rodriguez in a neck hold for a little while till Raquel lands a boot to Sonya’s face. A Tahana Bomb by Rodriguez to advance in this match against Shotzi. Yes girl!

Shotzi is the recent entry in this matchup as she stretches Rodriguez’ power arm like Play-Doh.

Raquel turns it around, literally, with a fall away slam to Shotzi. Another Tahana Bomb by Rodriguez as she advances.

Xia Li is our next contender as she squares off against Rodriguez, taking the fight to her with numerous kicks. Li ensures she goes for Rodriguez’ knee, attempting at taking whatever strength there’s left.

Xia was on a roll, but when she started pissing Rodriguez off with slaps, oof, it was over. A fall away slam, a spinning shoulder plummet and to finish off, the Tahana Bomb for another win for Raquel as we move to our next challenger.

The self-proclaimed B.O.A.T, Natalya. The Best of All Times. Deville injured Rodriguez’ knee, so now everyone is going for it. Nattie went for her Sharpshooter move and misses, yet she later delivers torment to Raquel’s knee as payback.

Raquel comes back with a vertical suplex to Nattie, finally gaining momentum as she slams Natalya to the mat for the win.

Raquel has beaten everyone in this Gauntlet fight, now she has to face our last challenger, Shayna Baszler, the submission magician.

Baszler is seen working on Rodriguez’ leg due to previous battles. She whales in agony as Shayna stumps on her ankle.

Baszler places Rodriguez in a Kirifuda Clutch hold as Raquel begins to fade away, Shayna rolls her up for the win and a chance to face Morgan at Clash at the Castle.

Zayn comes knocking at Reigns’ dressing room asking for him again. The Usos intervene, and Jey loses his sanity as he goes on a rant saying that Sami needs to pull his own weight soon. Jey did seem unhinged the second time Zayn came by earlier, he told him exactly what’s on his mind while Jimmy was the tranquil one.

I saw some kind of wolf holding himself back as much as possible till he couldn’t. I’m only shocked Jey didn’t shove Zayn into a wall.

Who the hell are Mulkey and Gibson? I’ve never seen, nor heard of them. They must have dropped from the sky. Even McAfee was perplexed as to who these guys are. They didn’t get the best introduction either.

Anyway, they wanted to face the Raiders, so here were are. Watching them get trampled. “They signed up for something they didn’t even know was happening. ‘I wanna be a WWE superstar’ these two said,” mocks McAfee

The only important part to note is when Erik uses Mulkey to squash Gibson with for the win like a human sledgehammer.

Kofi Kingston gets some revenge on the Raiders using a kendo stick after their match against boys I’ve never heard of.

This match came out of someone’s ass because once the commercials ended, my face looked like Patrick from SpongeBob when he thinks too hard. Drool was coming out.

Kingston begins valiantly till he gets caught and violently gets a knee to his face. He resembled wet noodles as he hits the mat.

Kofi swings Erik outside the ring as he gets fired up like Natsu from Fairy Tail. Ivar tries to hit Kofi with a kendo stick, but he misses giving Kingston the opening to kick the side of his face. Erik comes back and punches Kingston.

Erik plans to put Kofi away, Kingston tucks under that for a roll up win over the Vikings.

Well, we’ve arrived at the part of the evening you’ve been waiting. Roman Reigns and Drew McIntyre will discuss an awaiting fight.

We the Ones, after all. You win the titles or retain them and then brag about your exploits on SmackDown. Such as the fact that Reigns hates Lesnar while also respecting the man.

Drew makes it clear he wants to end The Bloodline’s walk of glory by taking out Roman first.

Karrion Kross, former NXT champion shocked the world by materializing himself out of thin air to stage a brutal assault on McIntyre as The Bloodline watches. His partner, Scarlett sets an hourglass in the ring symbolizing that time is ticking.