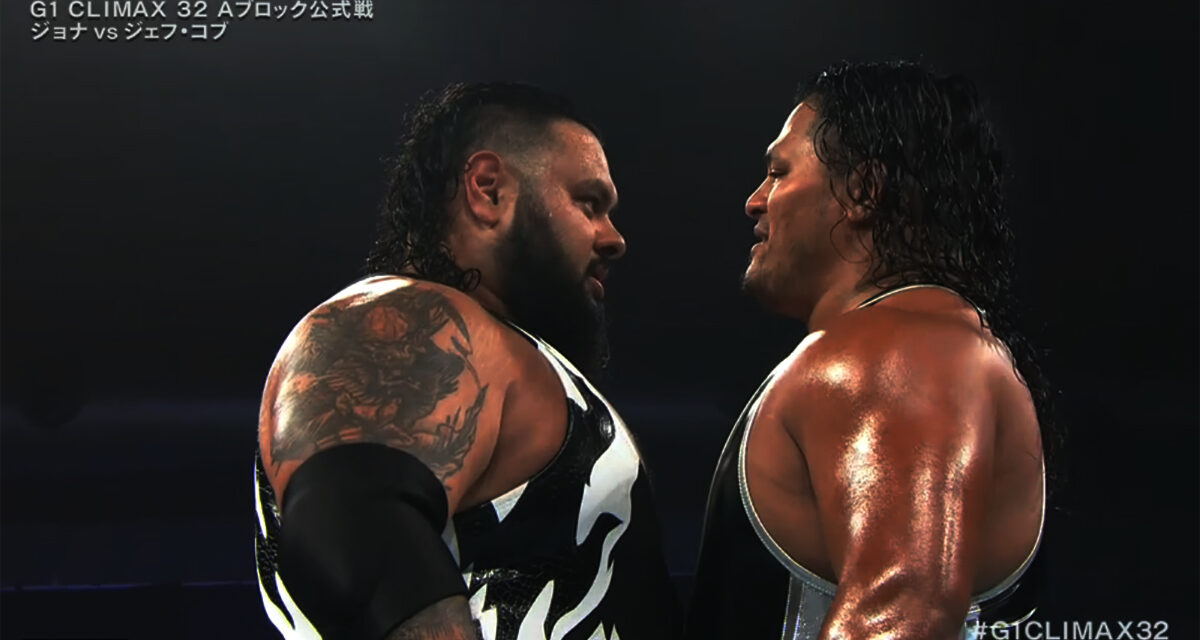 At night 11 of the NJPW G1 Climax it was a battle of the powerhouses as Jonah took on Jeff Cobb. The match began with a shoving match that turned into a test of strength. Neither could get the advantage. Both men charged each other and ended up knocking each other out of the ring to the floor.

They charged into each other on the floor as well with the same result. Both men were driven back into the steel guardrails. Jonah finally put Cobb down with a flying shoulder tackle off the apron. Jonah pulled Cobb through the gate and slammed it on him. 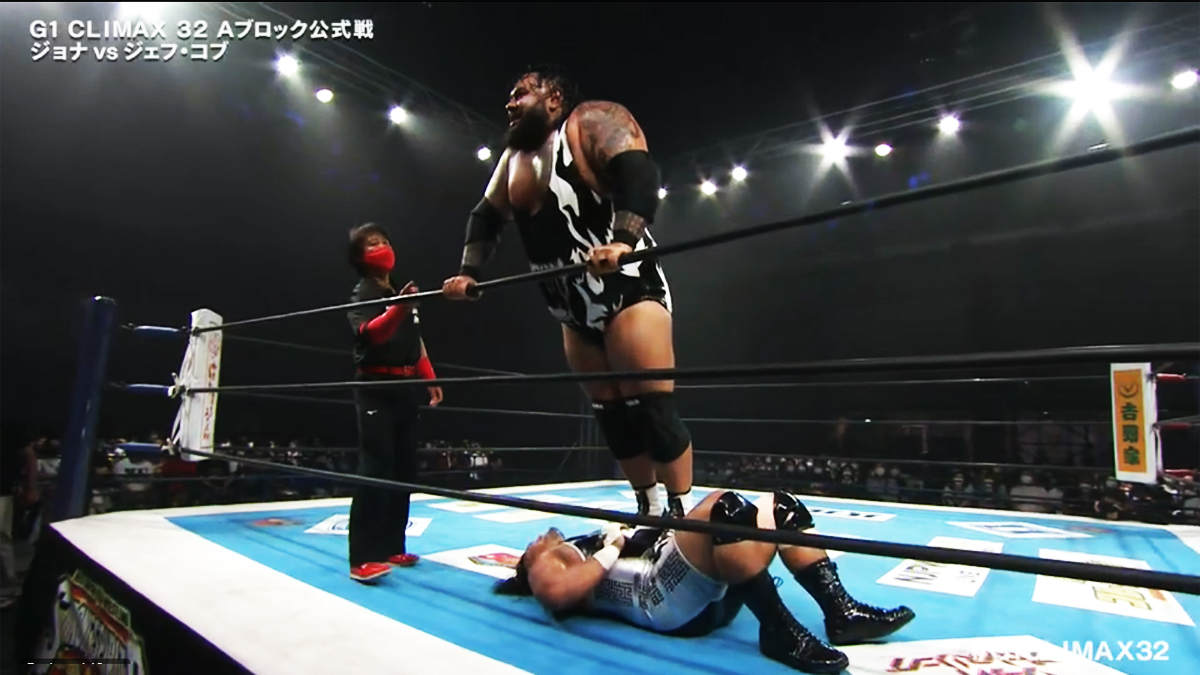 “He just got the s–t beat out of him,” laughed Jonah to the cameraman. Jonah continued to work on Cobb’s mid-section slamming him into the side of the ring. Jonah stood on Cobb inside the ring driving the wind out of his lungs. Cobb just cannot launch any offense.

Cobb comes roaring back though with a Sting Splash in the ropes but Jonah answers with one of his own. Cobb hits Jonah so hard with a clothesline that he knocks himself out of the ring. The beasts collide midair both executing a body splash. Cobb wins a slugfests backing Jonah into a corner. Cobb lifts Jonah into the air slamming him for a two count. Jonah hits back though with a Superplex on Cobb. Jonah pins Cobb with his Torpedo splash to tie with Cobb in second place in A Block with four points. Kazuchika Okada leads that block with six points.

Tama Tonga and Jado versus David Finlay and Kosei Fujita

Yano punches both Fale and Gedo in the “lower abdomen” and rolls up Gedo for the pin.

Yujiro hits Robinson with his cane and pins him with Pimp Juice.

A haymaker from Taichi and a Black Mephisto pins Owens.