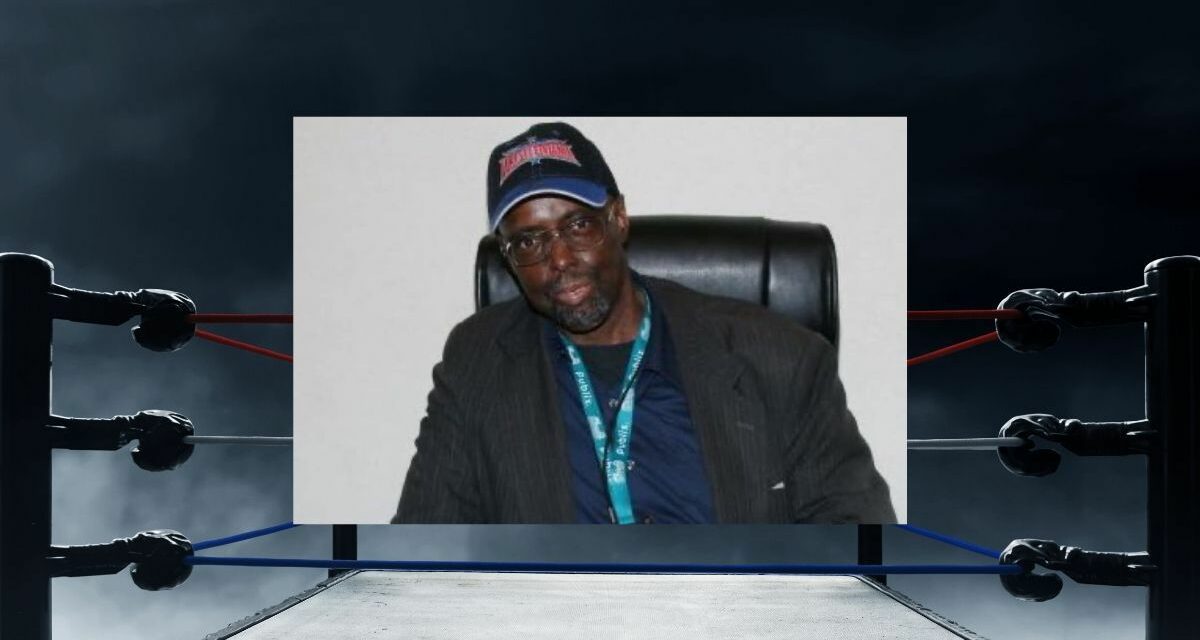 According to Mike Johnson at PWInsider, who knew Brown well, Brown died overnight, on July 29, 2022.

He was a well-known presence for vintage fans in the US Northeast. As a tall man, he was a presence at ringside, shooting the action at shows. Brown once told SlamWrestling, “One of my highlights was when Rocky Johnson and Tony Atlas won the tag titles, that’s going back a ways.” [To 1983 in fact.]

In May 2021, editor and photographer George Napolitano noted Brown’s contributions to the WWWF programs. “When I was editor I gave him a page to write something every month in MSG program,” Napolitano wrote on Twitter. “I used to put his article Ringside with BlackJack Brown in the program most of the time. He did not shoot Ringside at Madison Square Garden. he was there however. The rest of the program I did myself.” 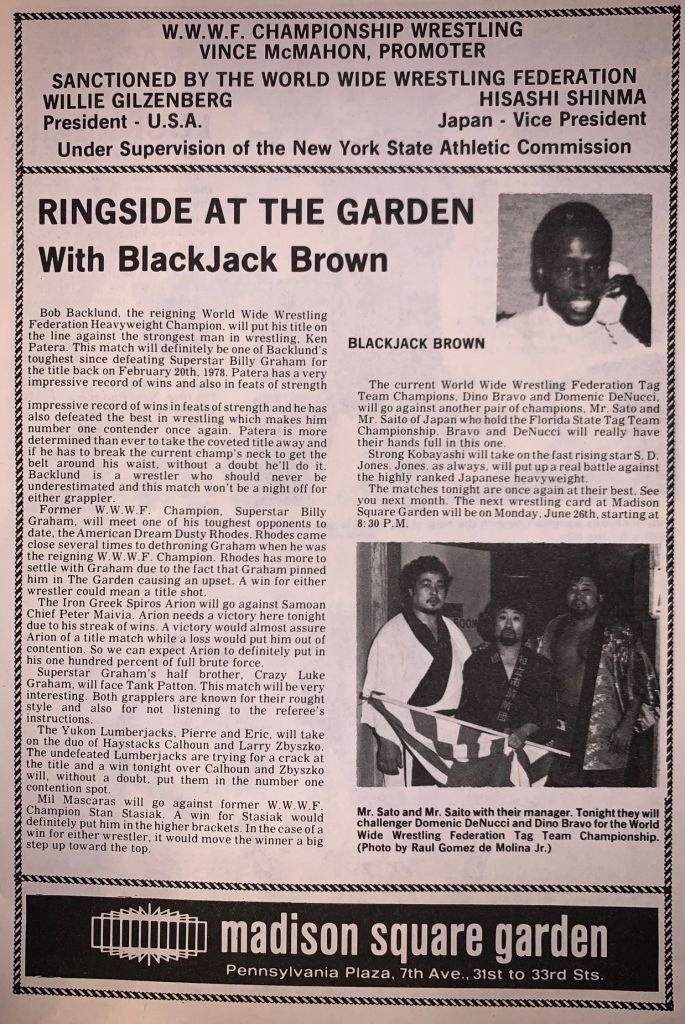 Brown, who was accused of being The Slammer, but was not, fed The Slammer tidbits, and in return, got plenty of plugs like this one on January 19, 1990:

For you wrestling fans who want to sling the bullchips with other fans and talk live to wrestlers, check out “The Wrestling Gab Line.” It’s live every day from high noon to the midnight hour. Thanks to the perceptive and daring thinking of host Blackjack Brown and executive producer David Fargnoli, you can exchange views and vent your whatever with other fans or with special phone guests who will include Bruno Sammartino, Capt. Lou Albano, Ric Flair, and the Firebirds, among others. The number is (900) 999-5600. It’s a fun way to spend some time and talk to some of your faves. But be wary, it costs 99 cents a minute, so please, you parents get permission from your kids before you call! 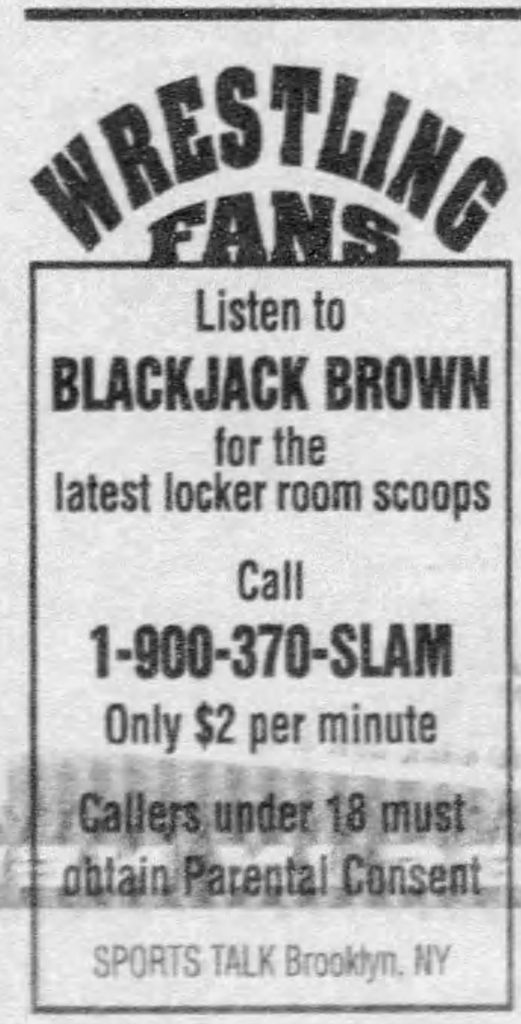 Mike Bucci, who was Nova and Simon Dean, wrote on Facebook: “If I ever had to create a Mt. Rushmore of pro wrestling journalists and insiders, Blackjack Brown would’ve been on it. One of the best guys I ever met in the industry. A true friend all that knew him. He really was one of a kind. He was so good to me early on in my career. I never forgot how he treated me. Rest well Blackjack. Until we meet again my friend.”

Brown apparently knew much of the ECW talent, and had a hand in the Dudley Boyz getting into WWE.

“I call them my brothers, Bubba (Ray) and D-Von, the Dudley Boyz. D-Von is Black and Bubba is white,” Brown told SlamWrestling in 2020. “I talk to them almost every week and they don’t look at the black and white stuff like that, especially in wrestling. You know, they don’t separate the two. I guess it is, but everyone (in wrestling) comes into (it) as one.”

Pat Buck, an AEW agent wrote on Twitter: “From the articles to the hotline, you made wrestling so fun and interesting for a NYC kid. Thank you for all your contributions.”

Another backstage name at AEW, Jeff Jones, tweeted, “Blackjack Brown helped a lot of people in the business & was a great human which is rare in wrestling. He never asked for anything, except how could he help. I was lucky to reconnect with him when @JustinRoberts called him as we were looking for Owen Hart pix. RIP Blackjack Brown”

“Sad to hear about the passing of Blackjack Brown,” wrote Gabe Sapolsky. “He was always so supportive of ECW, ROH, indie wrestling in the NY Daily News. Every time I saw him he had a smile on his face.”

For a time, Brown also had a column in the Chicago Sun-Times on Sundays that was sent across the continent by distributed by Universal Press Syndicate.

According to Johnson at PWInsider, Brown “was a sounding board, an influencer and someone who everyone networked through at different points of their career, especially in the 1980s and 1990s before he started pulling back to spend more time with his wife and grandchildren.”

In 2020, Brown participated in a round table on race here at SlamWrestling.net. Check out: