Bellas’ Biography had some good stuff, some overt fluff, but overall it was good enough 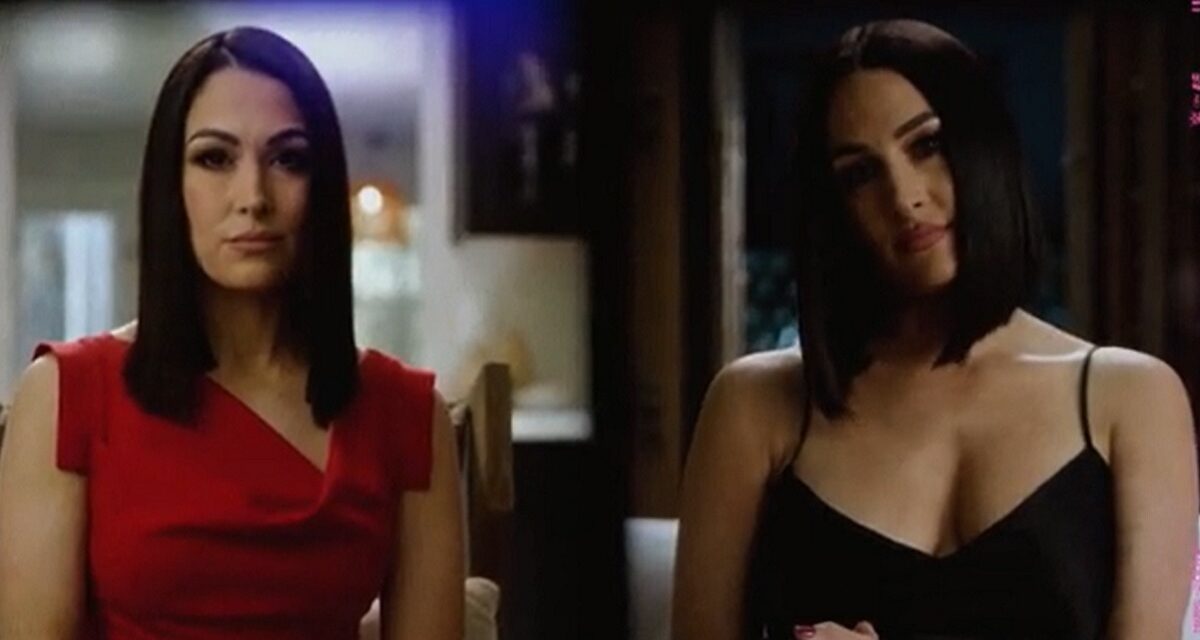 Let’s get this out of the way from the start: of course there were many other legends and Hall of Famers that could have (and arguably, should have) been the subject of the first A&E Biography episode spotlighting a female WWE Superstar.

Even if they wanted to avoid those who are no longer with us (e.g. Chyna, Mae Young, Luna Vachon, Sherri Martel), or those whose story may be too controversial/dark (i.e. Tammy “Sunny” Sytch), there are two obvious candidates for such a spotlight: Alundra Blayze / Madusa, or Trish Stratus. With respect to Blayze, it’s probably better to wait until her upcoming book (with Slam Wrestling producer Greg Oliver) comes out. As for Trish, it’s possible she’ll be included in season three, if WWE and A&E renew the series.

Instead, the company opted to dedicate two hours on Sunday night’s episode to Nikki and Brie, aka the Bella Twins. And while the show wasn’t bad overall, it got less interesting as it went on – in many ways, kind of like their matches.

Indeed, the first 40 minutes of the show, which covered their lives leading up to their WWE debut, were quite interesting. They shared details of their difficult childhood, growing up in a house with their father, a hot-headed drug user, and that instilled in them an instinct to fight their way through life’s obstacles.

Their young lives would also take dark turns and lead them both to depression and inner despair, with Nikki having been raped twice as a teenager, and Brie losing her serious boyfriend in a tragic car accident.

After graduation, they came to the conclusion that they needed to carve out new paths for themselves somewhere else, and found it in what may seem an unlikely place: a Hooters restaurant, where they worked for two years. It was there, they both said, that they found their self-confidence and their “feminine energy” that allowed them to blossom into strong, independent women.

Looking for new challenges, they attended a call-out for WWE Divas Search contenders – here the show included some amazing archive footage of their auditions, including them being interviewed by The Miz, looking much younger and somewhat chubbier-faced than today. It was their different attitude and passion to not be “divas” but to actually be wrestlers that stood out, and they were offered the chance to try out at the company’s developmental system, first at Deep South Wrestling and later at FCW.

In developmental, their passion to be wrestlers again was noted, including them requesting additional training at night, so they could learn every nuance of being a Superstar – despite claims to the contrary by some fellow locker room critics that thought the Bellas didn’t have what it took and would try to sabotage their attempts.

Still, their resilient attitudes finally got them to WWE.

From there, the show covered every big moment of their careers – from their initial storyline where they would wrestle singles matches and use Twin Magic to cheat their way to a win, to their being under-utilized (as many of the women were at the time) so finding creative ways to stay on TV – like being the designated on-screen assistants to the Guest GM on RAW, or accepting any opportunity to wrestle, becoming mainstays on the company’s low-priority Superstars show.

Frustrated by their lack of TV time, they left the company, only to return when they were offered the chance to star on the reality show Total Divas, which was intended to raise the profiles of the women on the roster through entwining their in-ring storylines and feuds with the goings-on of that show.

That show, they said, really let them show off their personalities, and in turn that helped them break out as individual stars. It also attracted a new attention to WWE by a new demographic, largely female. Their increasing popularity got them more prominent storylines – including Brie getting to feud with Stephanie McMahon, and Nikki turning on Brie.

But as the company took two steps forward in showcasing the women, it also took two steps back, in that their TV segments were always being shortened for time. Here, the Bellas said that they took drastic measures by going rogue and ending a match prematurely, as a way of protesting those decisions.

As a result of that, the #GiveDivasAChance fan movement was born, and this ultimately led to changes, including additional TV time for the women.

After having helped break new ground for women, the Bellas said that their paths diverged. Brie retired from the ring to focus on being a mother, while Nikki stayed with the company. She would have some more career highlights, including her WrestleMania match where she teamed with John Cena, who proposed to her at the end of the match (they would eventually break up, and they showed the Total Bellas scene in which this happened).

Nikki would retire after the company’s first ever All-Women’s pay-per-view event, Evolution, saying she felt it was time to pass things down to the next generation of talents.

The final act of the show talked about the twins’ post-WWE (full-time) lives, as mothers and as business entrepreneurs involved in fashion, wine, and other ventures.

The show ended with them reflecting on their WWE careers proudly, saying that they broke down barriers, accomplished some major goals both in and out of the ring, and acted as inspirations and role models to female fans of all ages by showing them that they could accomplish big dreams if they are bold and brave enough to try.

Look, the Bellas certainly have their place in wrestling history. And one could argue that their reality shows did help put a spotlight on the WWE’s women’s division. But there were women that have come before them and after them that have had better careers, more significant influences, and certainly a better body of work. While this episode was fine overall, one of those subjects might be even better for the next one.