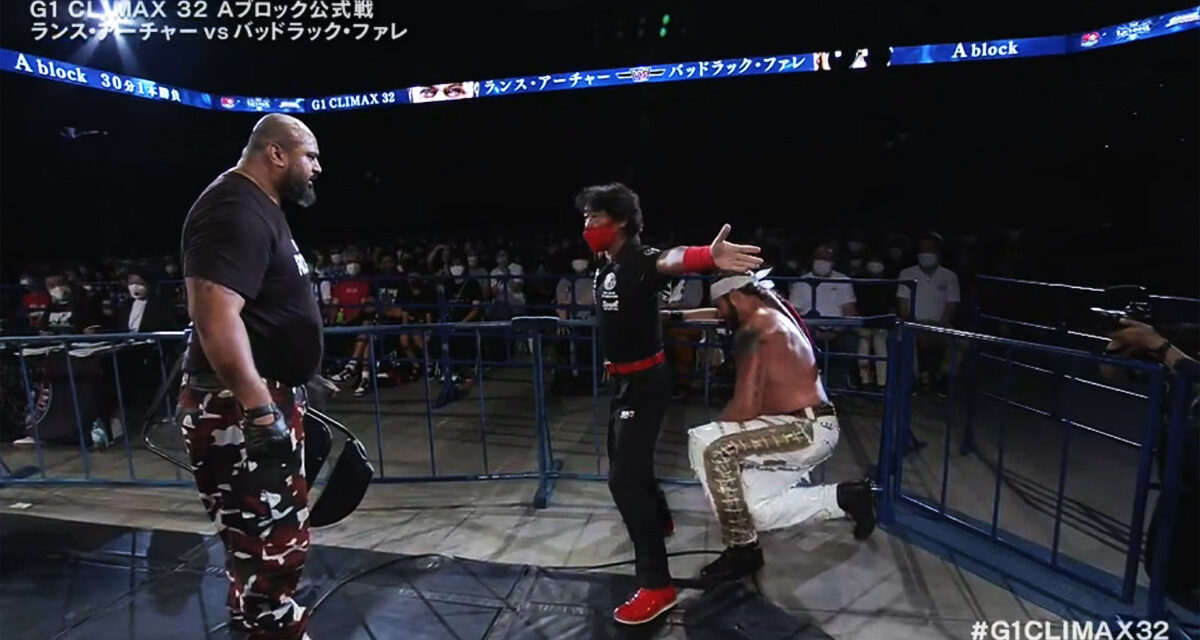 Tetsuya Naito’s streak of G1 Climax victories over Hirooki Goto is over. Coming into night three of this year’s tournament Naito had beaten Goto in their last four G1 matches since 2017. Tonight though, Goto powered through the bout defeating Naito with less than 10 minutes left in the 30 minute match. He pinned Naito with a GTR much to the surprise of the fans in the Xebio Arena in Sendai. 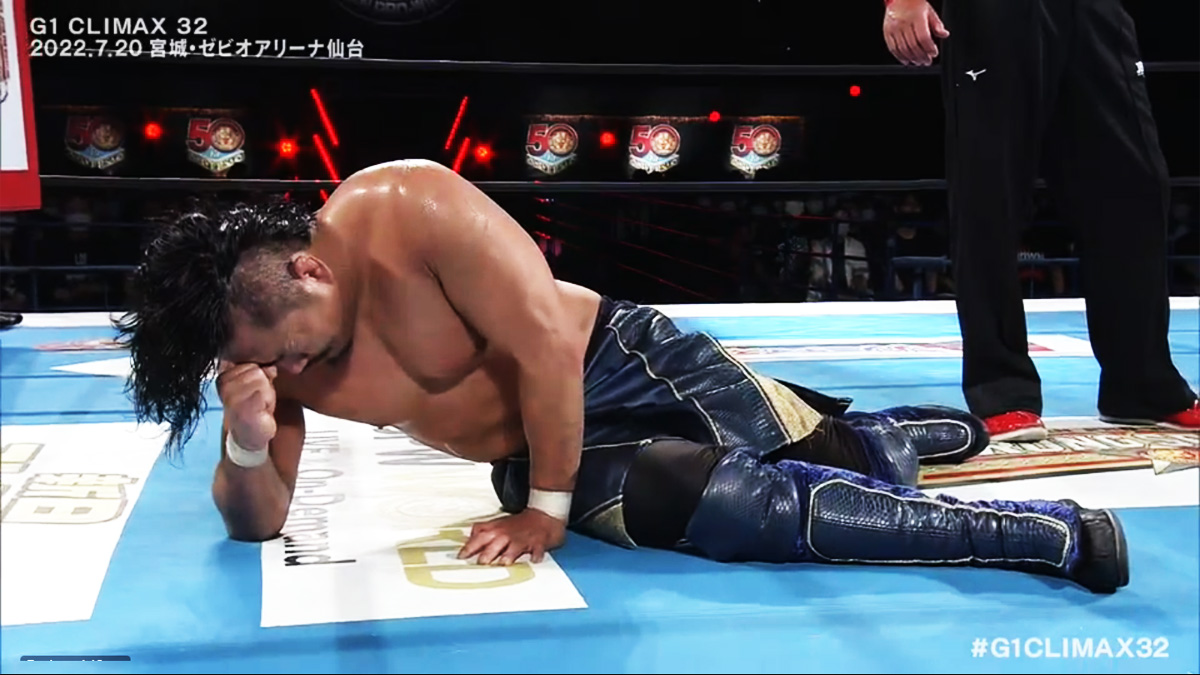 In his G1 match, Yujiro had the lovely Pieter back escourting him to the ring and giving another wonderful “interpretive dance” (as Kevin Kelly likes to call them) in the ring. Yujiro stole the match from David Finlay when Sho came to the ring and threw Yujiro’s cane to him. As the official busied himself with putting the cane away Yujiro punched Finlay in the “lower abdomen” clobbering him with Pimp Juice. Fighting Finlay kicked out though to deliver a Stunner to Yujiro. Yujiro kicked out of that.  Finlay is pushed into the ropes, Sho nails him with his wrench and Yujiro gets the win with another Pimp Juice. 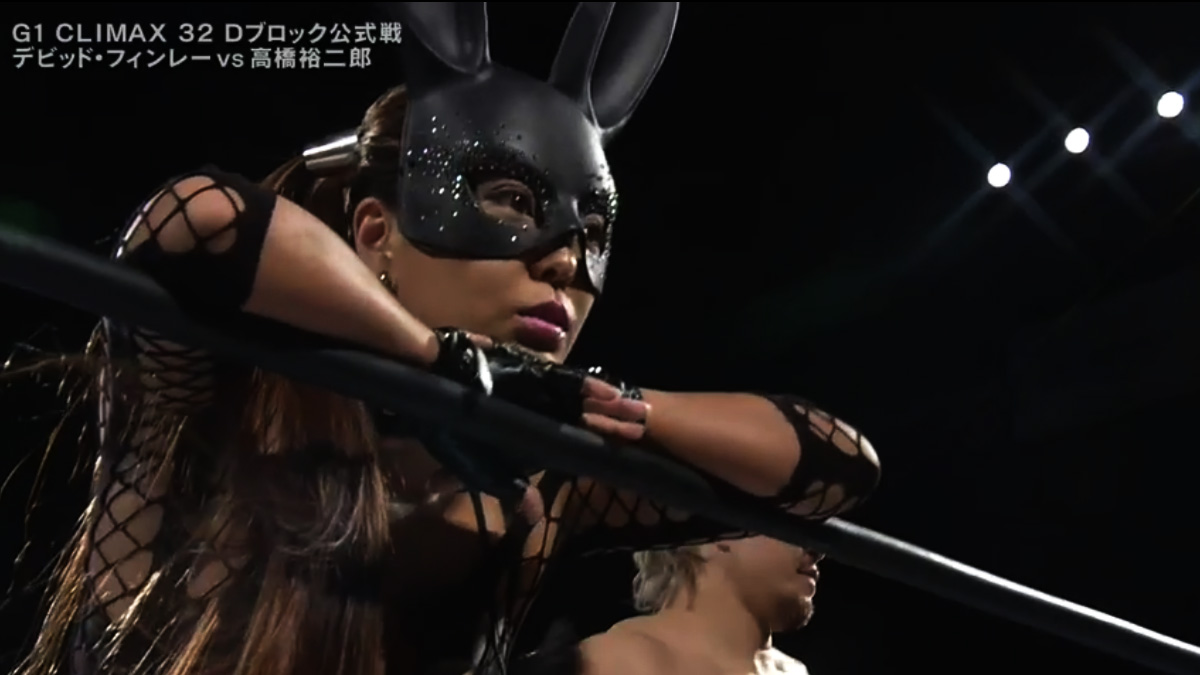 In a battle of the bulls, the true heavyweights Bad Luck Fale and Lance Archer clashed. Fale got so heated he went to batter Archer with a steel chair until Red Shoes cautioned him not to and even stepped in front of him. Shoes finally pulled the chair away. Fale set up two chairs on the floor and slammed Archer on them. Fale pulled off a victory when he won a battle on the apron and was the first one back into the ring to beat the count.

Oiwa submits to Yoshi’s Butterfly Lock. Yano attacks Okada after the match. He tries to throw him into the ringside barricade. Okada reverses it. Okada rolls Yano back into the ring and grabs a steel chair. Yano rolls out before Okada can do any damage to him. Yoshi holds Okada back.

Robinson corrects the ring announcer saying he is still the IWGP US Heavyweight Champion. Kenta forces Fujita to submit to his Game Over finisher. Kenta won’t let go of the finisher. Ishii and White get physical. White questions Kenta over two accidental kicks Kenta gave him during the match. Ishii and Tanahashi help Fujita to the back after the match.

Tama escapes a Package Piledriver to slingshot Owens into an exposed turnbuckle and pin him with Gun Stun.