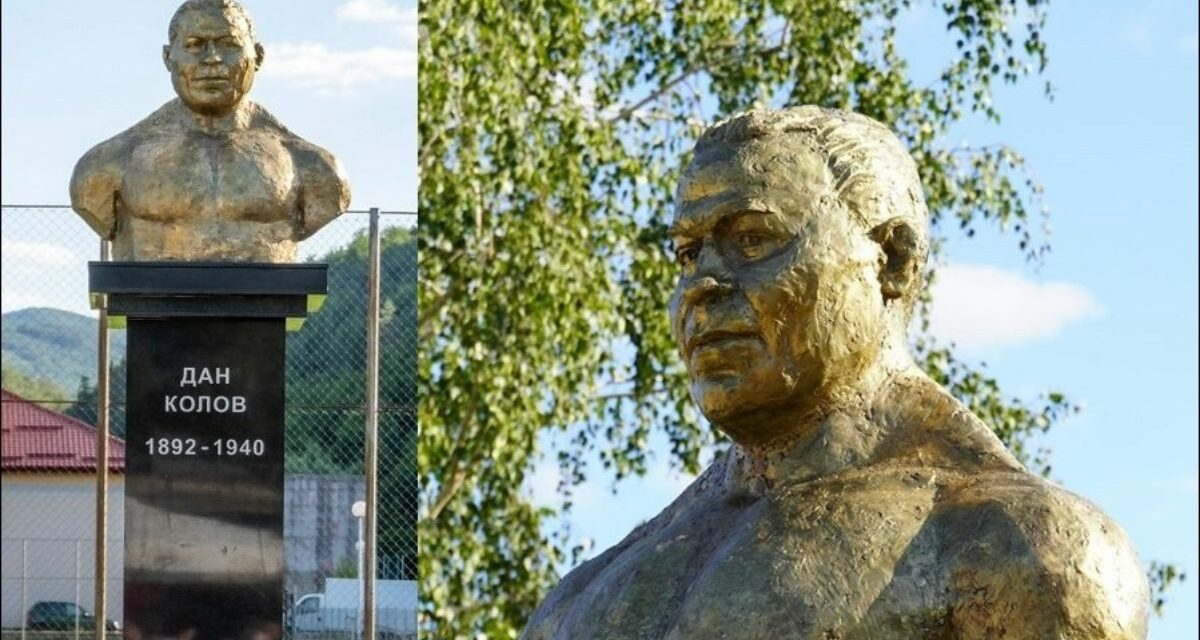 On Tuesday, July 19, 2022, a brand new bust of the legendary Bulgarian pro wrestler Dan Koloff (1892-1940) was unveiled in the town of Plachkovtsi, Bulgaria. The significance of the bust being in that town is that Koloff’s parents were originally from the same region. The bust was commissioned to honor the 130th anniversary of Koloff’s birth and was made by the Bulgarian sculptor Ivan Todorov.

In 1909, the 17-year-old Bulgarian Dan Koloff (real name Doncho Kolev Trevnenski) emigrated to the United States and in 1917 he embarked on a journey as a professional wrestler. For the next 16 years or so Koloff wrestled almost all of the greats of the era (Joe Stecher, “Strangler” Lewis, Jim Londos, Stanislaus and Wladek Zbyszko, Dick Shikat, etc.) and built a strong reputation for himself in the U.S. and Canada.

Due to his natural toughness and wrestling acumen behind the scenes he ended up being a policeman for and a mentor of World champions such as Gus Sonnenberg, Henri Deglane and Ed Don George.

Between 1933 and 1935 Koloff also ran the newly established Northern California booking office out of Oakland before selling it to Joe Malcewicz.

His biggest break, however, came in 1933 when the Frenchmen Raoul Paoli (the promoter) and Henri Deglane (the top star) started a new wrestling promotion in France. Koloff was a regular fixture in this new promotion and with Deglane and Koloff on top pro wrestling became extremely popular in France. Crowds of 10,000 and above were common in Paris throughout the 1930s. Koloff wrestled for the French promotion between 1933 and 1938, winning the European Heavyweight championship (the top championship of the promotion) twice. 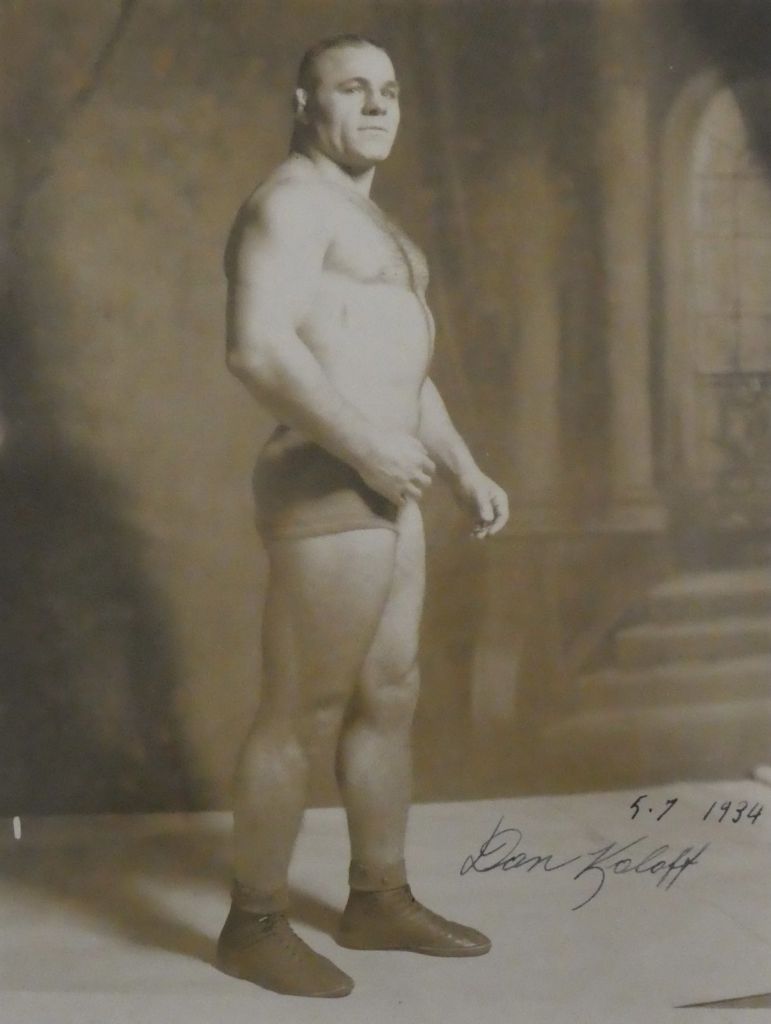 Word of his successes in France and elsewhere (between his French matches Koloff wrestled in other European countries and also did a tour of Australia and New Zealand) reached Koloff’s homeland and in 1935 Koloff returned to Bulgaria for the first time in three decades. He was greeted as a returning national hero. Bulgaria had never had a sports superstar of this magnitude up to that point. Over the course of the next three years Koloff headlined a number of Bulgarian cards, some of which drew crowds of 20,000 and more spectators.

Koloff’s in-ring career was cut short due to him suffering from tuberculosis and in January 1938 he wrestled his final match. Two years later the disease put an end to his life.

Dan Koloff is a rare pro wrestling figure in a sense that even today, more than 80 years after his heyday, his name is still well-known in his home country where he’s regarded as a cultural icon and a symbol of Bulgarian strength. There have been multiple books written about him, a movie made based on his life, his old house has been turned into a museum, the biggest Bulgarian annual freestyle wrestling tournament is named after him. Very few other wrestlers in history have had the cultural significance and long-lasting legacy that Dan Koloff has had in Bulgaria.

The Dan Koloff bust unveiling ceremony yesterday in Plachkovtsi featured a number of speeches by local dignitaries and musical performances and was generally considered to be a big event on the local level. It was attended by Koloff’s 92-year-old grandniece, Aleksandar Tomov (5-time World and a 5-time European amateur Greco-Roman champion), Valentin Raychev (Olympic gold medalist in freestyle wrestling), Georgi Markov (World champion and Olympic gold medalist in freestyle wrestling), the president of the Bulgarian Wrestling Federation (amateur), the mayor of Plachkovtsi and the mayor of the district among others.

In addition to this brand new bust, since 1971 there has been a full-size Dan Koloff statue in his home village of Sennik. Bulgaria also has full-size statues of pro wrestlers Nicolai Petroff and “The Terrible Turk” Yusuf Ismail as well as busts of Yusuf and Ali Nurullah Hasan. 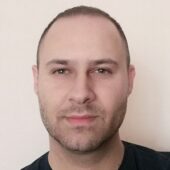