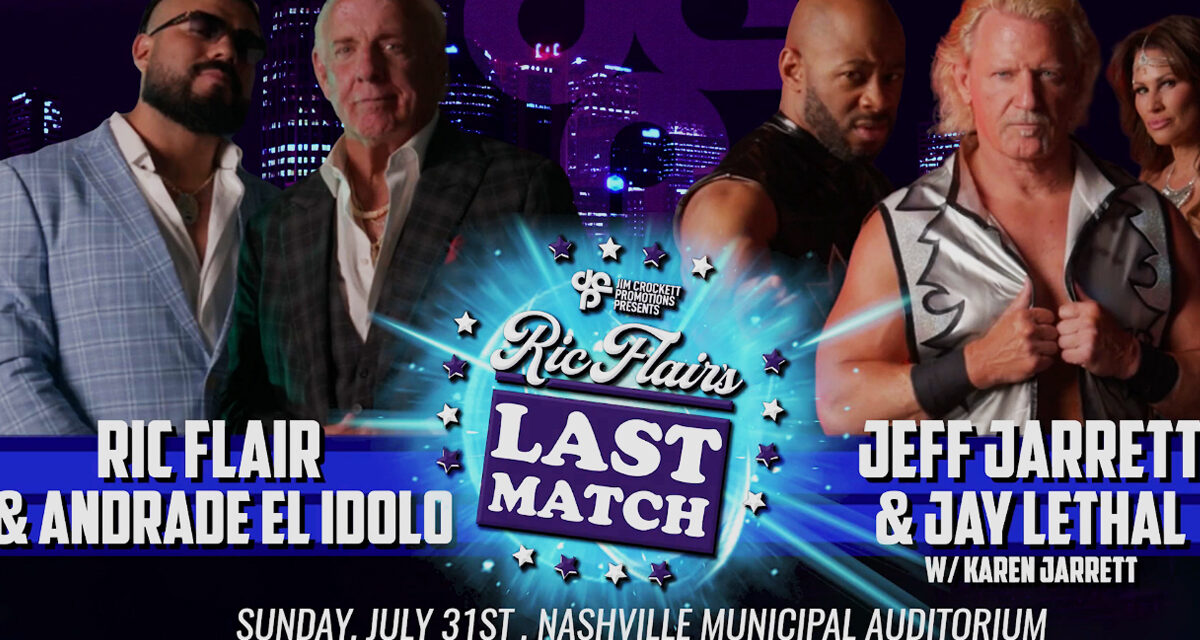 ‘The Nature Boy’ Ric Flair will team up with his son-in-law Andrade to face Jay Lethal and Jeff Jarrett at the Ric Flair’s Last Match event later this month.

The video shows Flair training with Lethal to get back into ring shape. Lethal credits Flair with inspiring him to enter the business.

“I made a living off of pretending to be Ric Flair,” said Lethal over footage of Flair and Lethal’s time in Impact Wrestling. He says it is an honor to train Flair for his last match.

An angle is then rolled out in which Flair claims Lethal has an “attitude issue” and because of that won’t let him participate in the event.

“Is there any room for me?” Lethal asks after a training session.

“I have a lot of respect for you. You know that. We are good friends, above and beyond but you are an opening match guy,” Flair responds.

When Flair leaves Lethal is seen to be upset then throws his water bottle in anger cursing out Flair.

What doesn’t make much sense as far as timing goes is Flair is shown leaving the press conference that was held back on June 23rd.

Lethal is waiting at Flair’s car. He demands to know why he has been left out in the cold. 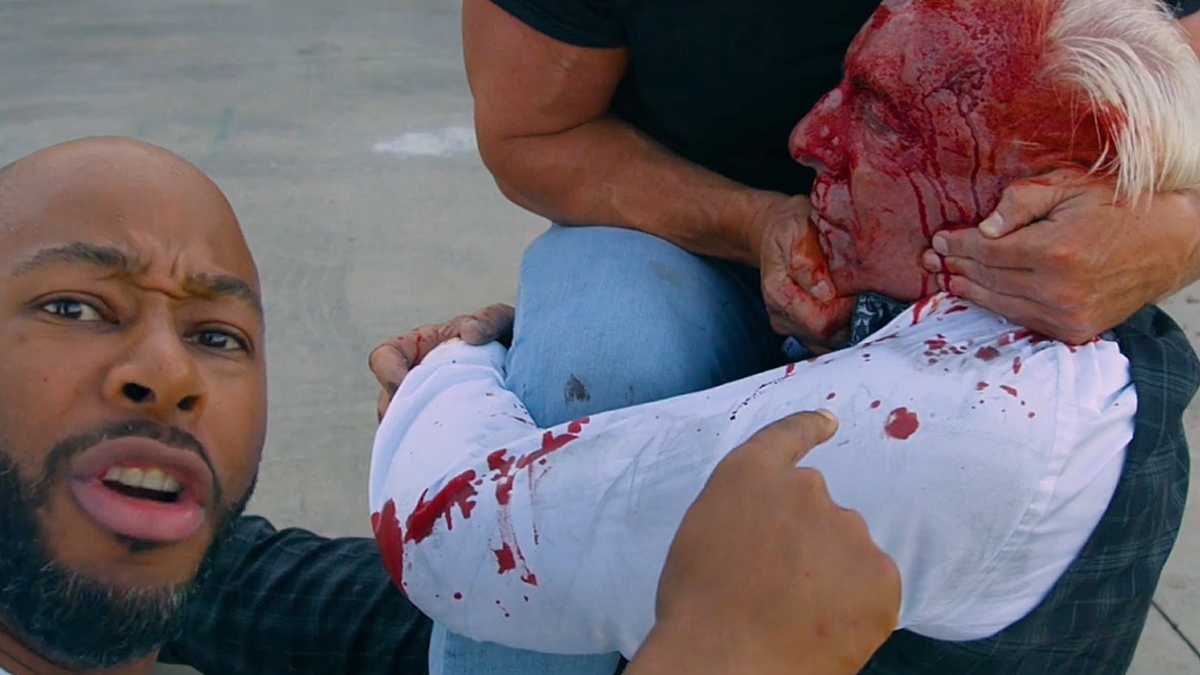 “You used me!” he shouts pointing his finger in Flair’s face.

“I talk down to little guys like you,” snaps Flair.

Lethal attacks Flair. Jeff Jarrett intervenes, taking off his jacket and trying to assist Flair to his feet.

“I cannot believe you are defending that guy,” says Lethal shaking his head in frustration.

“I am tired of you and your old man,” he says insulting the Jarrett legacy.

Flair mouths off to Jarrett again so Jarrett slugs him, takes Karen Jarrett’s shoe and clobbers him in the head with it busting him open.

Lethal and Jarrett kick and pound Flair some more.

Karen then holds Flair so Jarrett can slug him.

A promo is shown for next week’s Ric Flair’s Last Match episode. It is the contract signing in a board room.

“He’s here because he married your daughter! That doesn’t make him a bad ass!” laughs Lethal of Andrade’s participation.

The rest of the card so far is as follows: