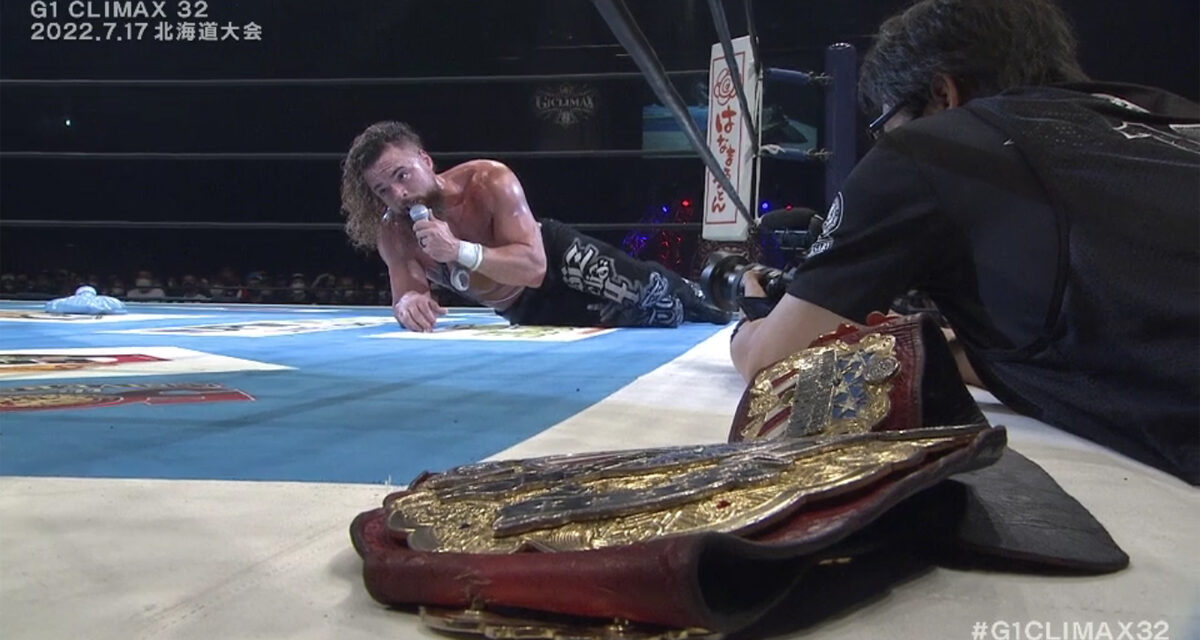 Just like the first night when Henare defeated The Ace, night two of the G1 Climax tournament ended with another big upset. Juice Robinson defeated Shingo Takagi in their main event match.

Robinson attacked Takagi from behind before the bell even rung.

Robinson threw Shingo into the ringside barrier twice but he bounced back with a running shoulder tackle. Robinson dropped Shingo jaw-first on the barrier and then rammed him into the steel post trying to soften Shingo up as much as he could. He crotched him on the barrier then clotheslined him to the arena floor.

The two brought out the best and worst in each other until Robinson was able to escape Last of the Dragon, drill Shingo with two Left Hands of God and Pulp Friction for the win.

“The Dragon is dead!” shouted a victorious Robinson after the match. He maintained that he is the true and the only IWGP United States Heavyweight Champion.

I wasn’t a fan of Taichi at first but in recent years he has really improved to become one of NJPW’s biggest and most versatile stars. He and Ishii had a nasty, bruising back and forth. Taichi was able to finally keep The Stone Pitbull down with a Black Mephisto.

Yano pulled off a very devious win over Jonah too. 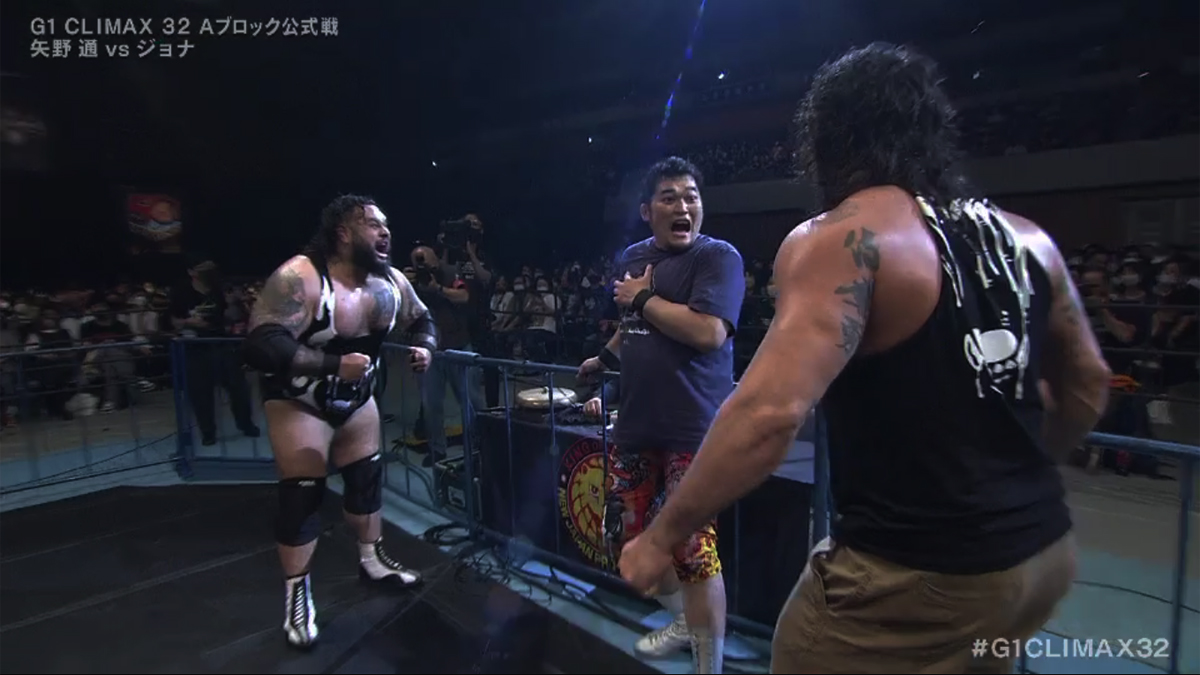 Yano between a rock and a hard place. Courtesy: NJPW.

Yano started their tournament match trying to pacify Jonah by giving him a t-shirt.

Jonah discards the shirt. Yano puts the shirt over Jonah’s head and rolls him up for a two count. Jonah confiscates some rolls of duck tape that Yano was hiding as well. Yano is trapped between both members of TMDK on the floor. He scurries back into the ring. They yank him back out and throw him into the barricade.

Yano gets the sneaky win by punching both members of TMDK in the “lower abdomen” then beating Jonah back into the ring.

Finlay scores the win after tagging himself in and hitting Trash Panda on Isaacs. Hashi takes exception to that.

Togo submits to the full-nelson lock of Henare.

Owens gets the win for his team with a C Trigger on Jado.

Sabre Jr. wins by submission but Kenta says he didn’t tap out. He disputes the official’s decision.

Lawlor wins with his NKOTB (Nasty Knee on the Brain).

Jonah powerbombs Oiwa for the win. Yano runs from the ring. He faces Jonah next in the G1 Climax tournament.

Sho cracks Jado in the head with his wrench. Yujiro pins Jado with Pimp Juice.

Robinson pins Taka with the Left Hand of God.

Ishii puts Bushi away with his Brainbuster. Naito collided with the barricade hurting his neck and leg.

Henare gets a massive, surprise win over Tanahashi with Streets of Rage.

Ospreay moves ahead with a Hidden Blade.

Okada moves on with The Rainmaker clothesline.