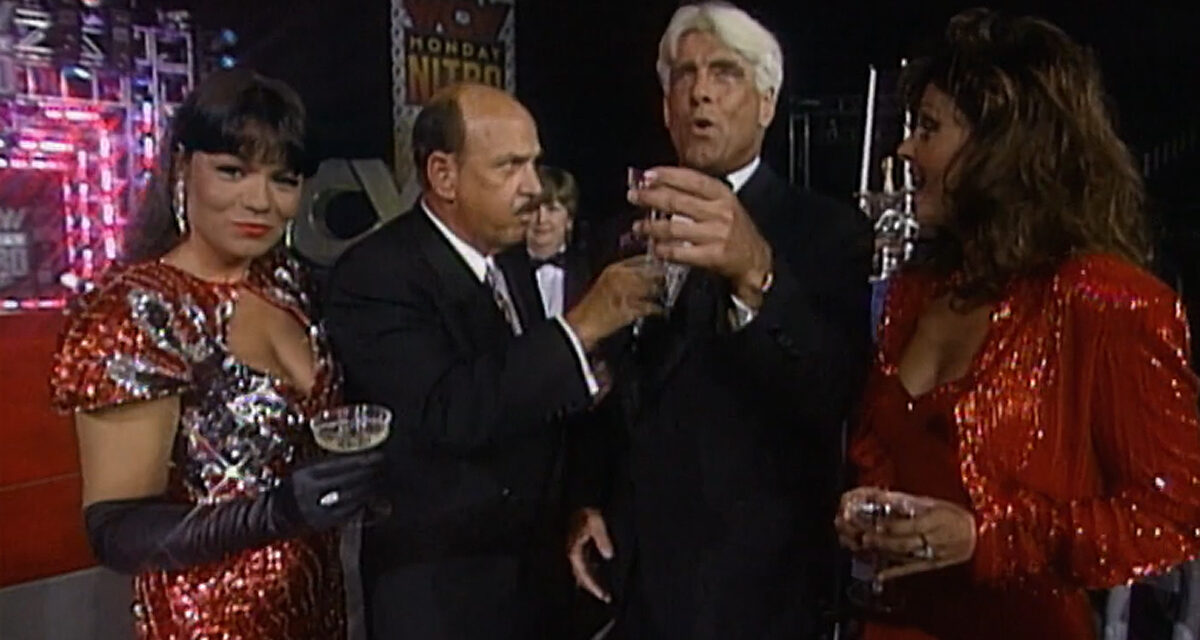 In her now deleted Tweets, Grace wrote about Chris Benoit:

“This is gonna be the coldest take I ever tweet on this app. I already know y’all gonna be mad. I don’t think Benoit could 100% hang with most of the present day best wrestlers. He would not be able to remember matches. Also may he burn in hell, amen.

“Maybe I’m biased because he murdered his family, idk. Probably just me. I think we should all hate him and disregard his entire body of work. But again. That’s just my take. I always found it revolting to see people praise his wrestling after what he did.

She then went on to say that people should not defend him or his actions. Back in 2007, Benoit murdered his wife Nancy and their 7-year-old son, Daniel and then he before hung himself. Since then, there has been some debate as to whether chronic traumatic encephalopathy (CTE) or steroid use played a role in Beniot’s behaviour or not.

Grace has since apologized for her statements:

Last week I made an irresponsible and unnecessary tweet. Regardless of how many personal emotions influence my opinion, I should have recognized the impact my words would have on friends and family close to the situation. I was completely thoughtless in that regard.

Since reflecting this past week, I’ve reached out privately to friends and family that are angered and hurt.

Among those were David Benoit, Chavo Guerrero and Chris Jericho, who are supporting me in the decision to partner and fundraise with the Concussion Legacy Foundation (formerly Sports Legacy Institute). I have pledged $5,000 with the overall campaign goal being $20,000.

I’m acutely aware that the damage has been done. I would never intentionally add onto the suffering of those already dealing with such a traumatic event, and I am sorry for my insensitivity and aggravating this already delicate topic.

This is my way of attempting to squeeze something positive out of the negative situation I created. Thank you in advance to everyone who donates.

It’s weird, I didn’t hear my phone ring. I really thought the work, I’ve been putting in for 15 yrs trying to keep & elevate my sister’s legacy hadn’t gone unnoticed. Guess my family is an afterthought…again.
I don’t…I don’t even know where to fucking start. #heartbroken https://t.co/xKsdDJlakw

To everyone saying “but this has nothing to do with Nancy” ⬇️⬇️⬇️ Everyone has their limit. My graciousness, understanding and forgiveness has been pushed to a detrimental level. It’s NOT about the Tweet. It’s the reaction. https://t.co/22Ef51JudL

I’m very sorry. Please forgive me if I’m not feeling much like my usually extra-gracious self. My hurt is not aimed at you personally, but could I have a moment where I think of myself and my parents first? I’m sure I’ll regret dragging anyone but not right now.