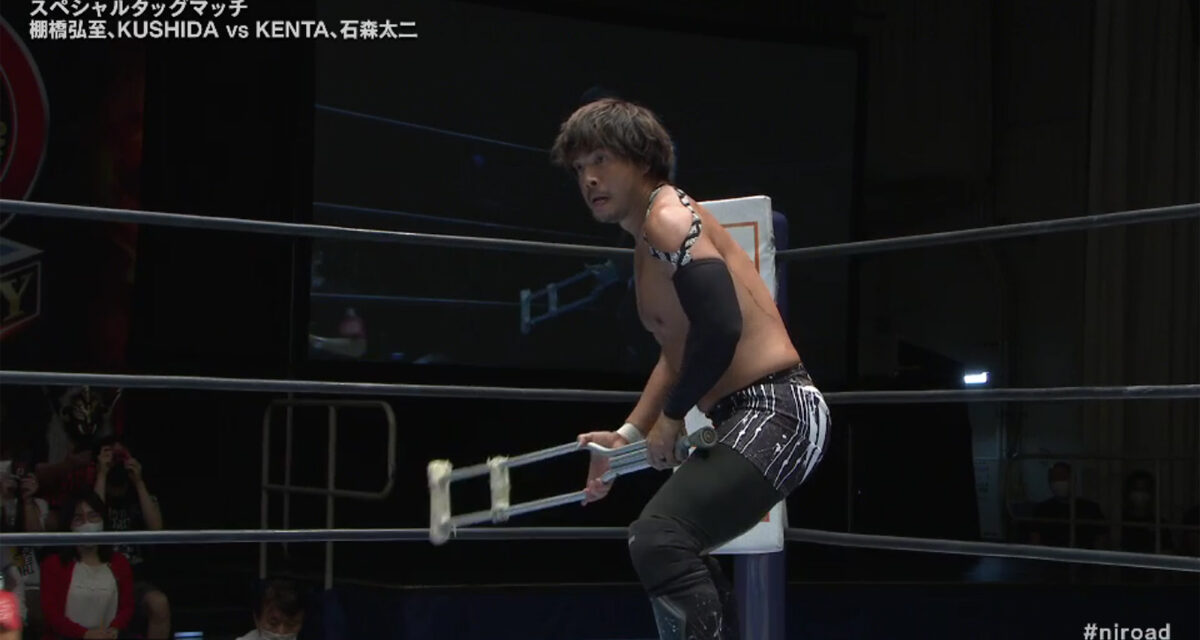 Taiji Ishimori got back on the scoreboard in his feud with the returning Kushida with a win today.

In the main event of NJPW’s New Japan Road show, Kushida battled Kenta with Hiroshi Tanahashi at his side while Kenta had Taiji Ishimori in his corner for the tag bout.

The match ended with Kenta bouncing The Ace off the ropes then throwing him into referee Red Shoes. Kenta went outside the ring pulling out a crutch from under it. He swung at Tanahashi who ducked and countered with a Slingblade. Ishimori pushed Red Shoes back into the ring. He hid the crutch too.

While Kenta and Tanahashi brawled on the floor all the way back through the curtain Ishimori made Kushida submit to the Yes Lock.

Suzuki wins with an arm-bar submission.

Kojima pins Taka with a Lariat.

Taichi pins The DKC with his Dangerous Backdrop. Connors and Desperado mix it up after the match.

House of Torture gets outplayed as Yano hits Evil and Yujiro with a punch to the “lower abdomen” from behind. Goto and Hashi pin Yujiro with Shoto. 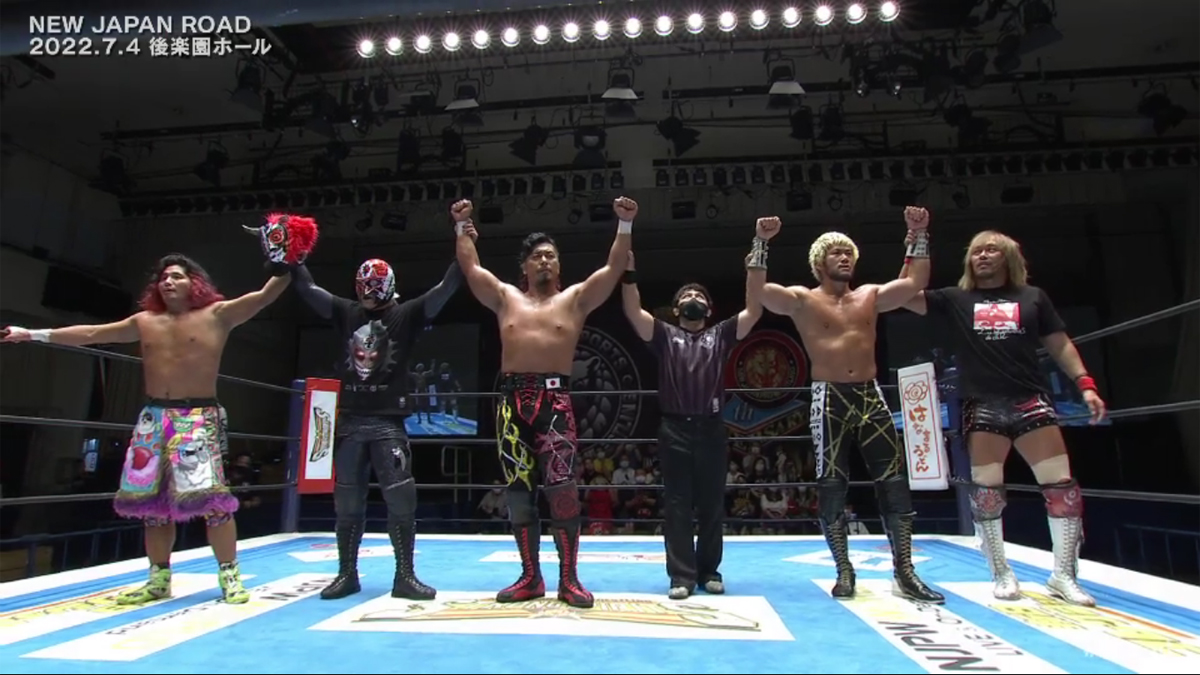 Shingo pins Wato with Made in Japan. Ishii and Sanada shared evil stares.