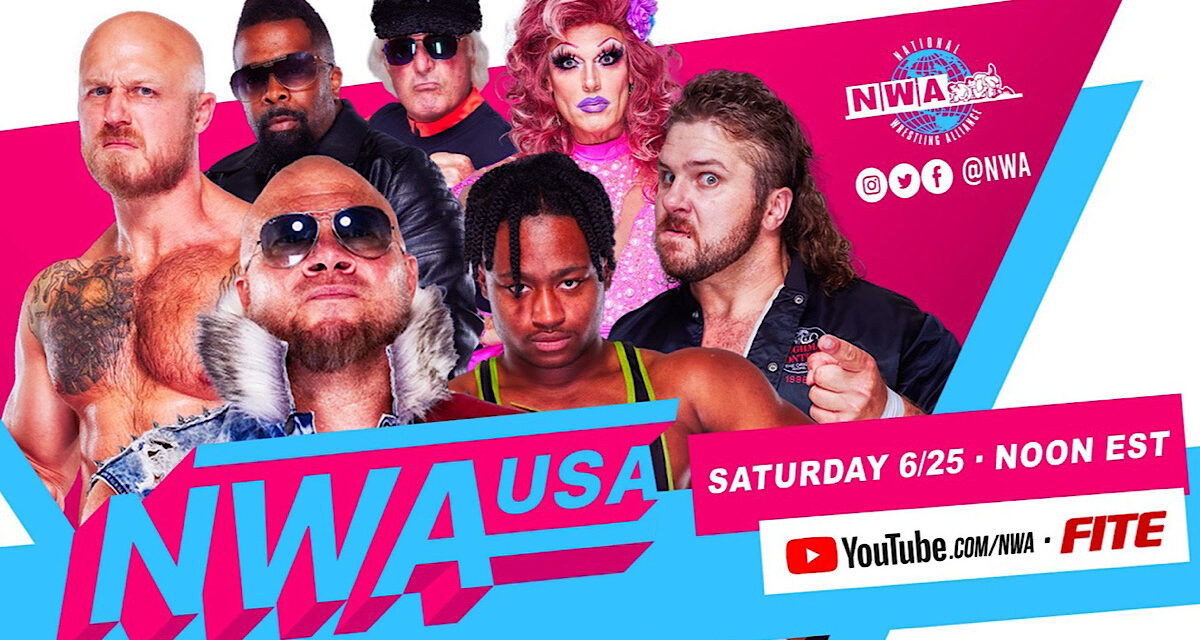 Things are heating up for the National Wrestling Alliance, and this NWA USA is no different with the NWA National Championship on the line as Eric Jackson faces Jax Dane for the belt.  In the main event the Manager of Champions, Pollo Del Mar, brings out her protégé to face off a still seething Luke Hawx.

We come to you from the Knoxville Convention Center in Knoxville, TN.  Joe Galli, Tim Storm, and Velvet Sky have the call and we go right to your First Match of the night and it’s… 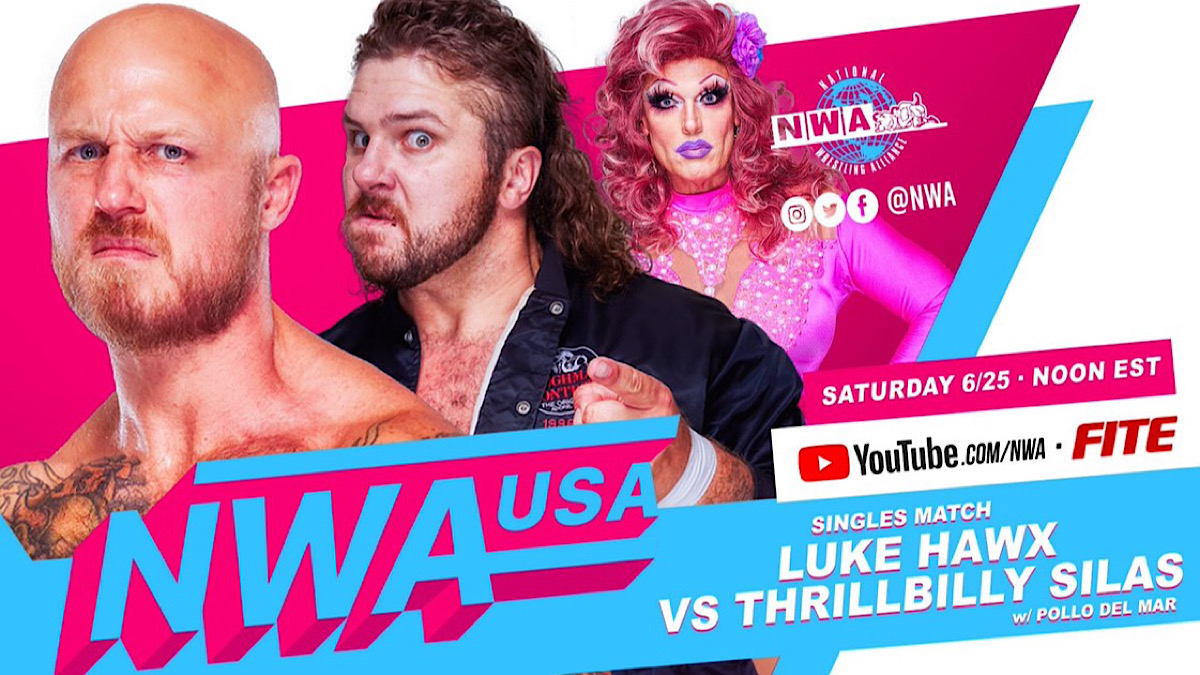 Yes, Virginia; The Thrillbilly Cometh, and that right soon.  He offers Del Mar his spit cup for the chaw, and sets it on the commentary table, and Hawx is still all business after the events of the Alwayz Ready PPV.  Silas makes an impression on one half of Hawx Aerie, but Hawx able to get a suplex and a spin heel kick for a two count.  Now Hawx lights up the Thrillbilly’s chest, but Silas headbutts him and gets a massive clothesline to cover, but Hawx still manages to kick out at two.

Silas hits the ropes and Hawx nails with a spinning kick, and he follows with European uppercuts to cover for two count.  Silas does an elbow drop to Hawx’ jaw, and then he and Del Mar celebrate prematurely as they swap spit (literally.  Del Mar takes the chaw from her mouth to Silas’ as they kiss on the ring.  Also, Ew!), but Hawx delivers a spinning kick for the pin and the win.

Your Winner via Pinfall:  Luke Hawx

Not a bad debut, and hopefully this isn’t the last we see of The Manager of Champions.

May Valentine is with Chris Silvio, Esquire, and he’s here because of an illegal event where Jackson has not earned a spot.  He will sue Billy Corgan for this flagrant violation of his client Jax Dane’s rights.  Granted, Silvio is no Jimmy McGill, but ’s all good, man!

(Author’s Note:  read that last sentence back three times fast.  There ya go!)

Now Valentine is with Austin Idol and BLK Jeez, and she asks about the nature of their business relationship.  Idol cherry picked Jeez for success, and Jeez is appreciative since this is a team effort, where everyone is equal.  Except Idol mentions that he is the boss, but Jeez disagrees, and then Idol corrects him that he is a “Junior executive.”

This is like the scene in The Office, where Dwight Schrute said he was an Assistant Regional Manager, and Michael Scott always corrected as “assistant to the regional manager.”  But it makes one wonder:  is this just a nod to a comedy bit, or signs of cracks in IdolMania Sports Management?

But we’ll discuss that another Ike, as your Main Event is on and it is for the…

This is just a trainwreck, in that you know how awful the damage is, but you cannot turn away.  Dane is able easily overpower Jackson, all while wearing a fur vest, but the upstart has the quickness and pluck to take on the champ.  But it’s not long before Dane starts to pick him apart.  Jackson goes for a sunset flip but cannot rotate the big man over to a pin.  Dane does a sit down squash, but Jackson gets out of the way.  Now Jackson tries a roll up, but Dane gets ahold of his wrist and clothesline the life out of the young wrestler.  Dane finally ends with The Dane Event clothes that turns Jackson inside out, and he pins for the one, two, and three.

The Zidane Event walks away satisfied with his victory, as the show rolls to credits.

Really, the Silas Hawx was the meatier of the two matches this show, and del Mar/Silas was a fabulous pairing.  Also, she’s no Taryn Terrell, so…that’s a plus.

The Dane Event is just picking his spot and remaining dominant in the NWA.  Jackson was outmatched, but he can have promise in the Junior Heavyweight division over time.

But for now, see ya next Saturday!