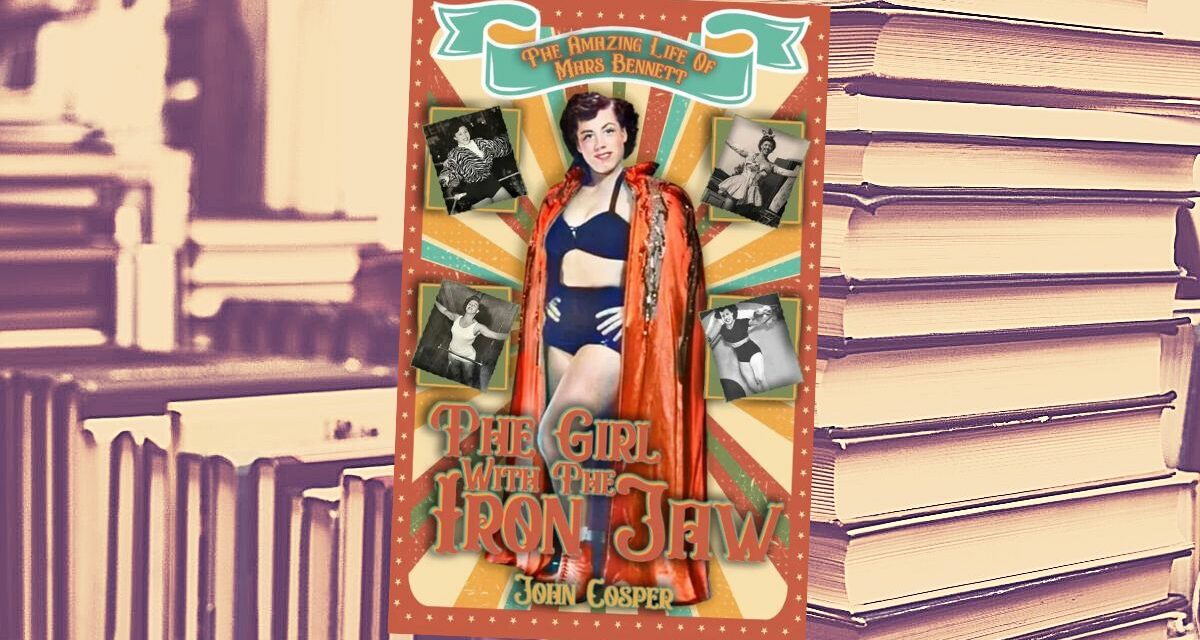 Prolific author John Cosper admits that not every book he writes is going to find a big audience.

That’s certainly the case for The Girl With The Iron Jaw: The Amazing Life of Mars Bennett, which focuses on a woman wrestler who’s been dead almost 65 years.

“If I sell five, 10 copies of it, I got to hear the story for myself. And one thing I tell people too is, I write these for the wrestlers and for their family — in this case for the families,” Cosper told SlamWrestling.net.

To get the full story of Bennett (born Maude Foreit), who died in 1957, Cosper was fortunate to be connected with numerous family members. Cosper talked to her brother before he passed away, and Bennett’s niece, Marcella Foreit Robinette, was a key to the story. Through the process, Cosper was able to confirm that Bennett had a relationship with another woman wrestler, Belle Drummond, and found her daughter, Mars Belle Drummond — who was named after Mars Bennett.

Now the promotional aspect falls to Cosper. “It’s all about me getting out there and telling people, ‘Hey, this is a crazy story you’ve gotta hear.'”

Cosper himself became interested in Mars Bennett as he was writing his biography on another old-time woman wrestler, Elvira Snodgrass, The Ballad of Cousin Elvira.

“I picked up a one of those pinup magazines from the late ’40s and there was a spread with Elvira and Ann Laverne and a couple of other ladies in it. And Mars is actually in the same magazine, about one page away, just featured as a muscle girl. There was a photo of her lifting her trainer Lou Leonard over her shoulder is in an airplane carry,” recalled Cosper. “I recognized the name from my research. Just little bits and pieces I caught of her and the fact that she had been in the circus, which as a little kid, I had been a circus fan as well. So I was very intrigued by her, started just looking up other information.”

The digging began. “I was able to collect a lot of the pinup magazine photos because she was in quite a few of them in the ’40s and get some information about her days in the circus, and of course, her wrestling career, but got access to a whole lot of personal stories and personal photos, thanks to the family.”

The Girl With The Iron Jaw is 138 pages, with photos and lots of details on Bennett’s life and times.

And some good stories, teased Cosper. “Mars [Mars Belle Drummond] really had some great stories about the two of them hanging out in bars and picking fights with the guys and and different things. Some of the trouble they would get into together.”

It fits in well with the mini-book empire Cosper has established at EatSleepWrestling.com, with mainstream names like Wahoo McDaniel, Tracy Smothers, Chris Candido and Mad Man Pondo, and talent from the past, like “The Black Panther” Jim Mitchell and Lord Carlton.

“I am seeing a lot more people take interest in this one, I had quite a few pre-orders on it, more than I saw with Elvira. And certainly, the Fabulous Ladies of Wrestling group has kind of helped with that, everybody’s really interested in the stories of these older ladies and this bygone era,” concluded Cosper.