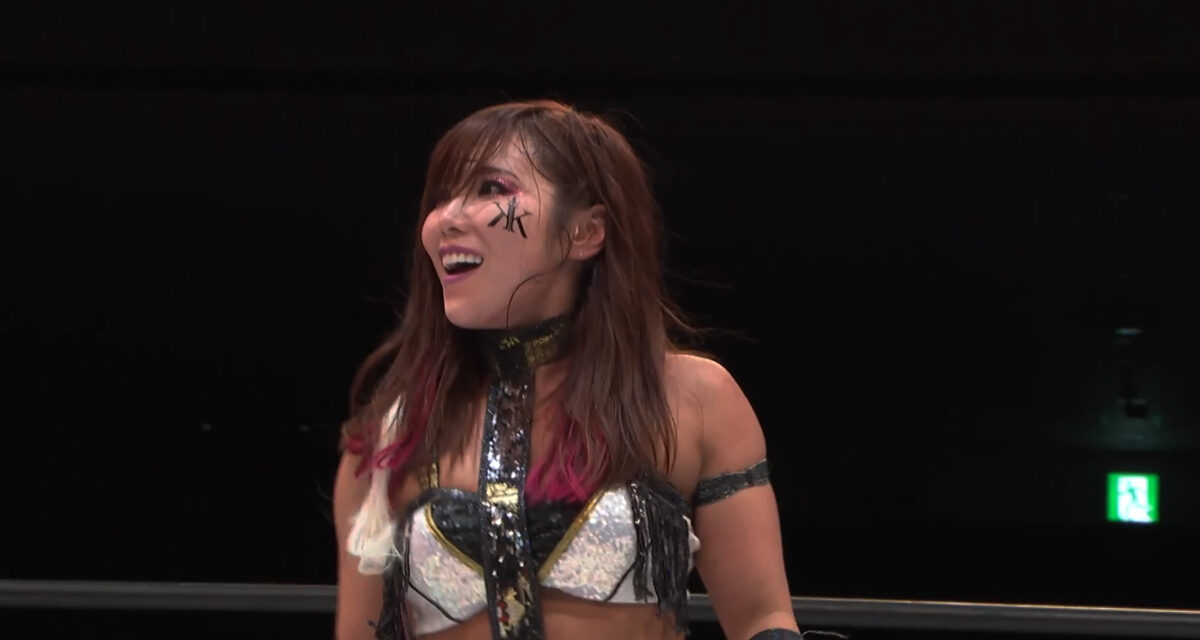 In an interview with Entame Next, Stardom star and former WWE superstar Kairi (Sane) explained why she joined the WWE and why she left.

Part of Kairi’s journey was sparked by the promise she made to her best friend.

“This is a personal story but I lost my best friend to illness. I swore in front of their grave and I promised to come true to WrestleMania. I definitely wanted to make that happen. I was able to participate in WrestleMania three times had a title match with Asuka as Kabuki Warriors, became a champion in both NXT and WWE, and even received an award for the NXT overall competitor of the year,” she recalled via translation.

Kairi went on to explain that it was never her intension to stay in America. She wanted to learn what she could from the WWE but the plan always was to return to Stardom and Japan.

“Since I moved to the United States, my private life became secondary and that’s why I’ve been flying around and fighting at four shows a week without a break. Time suddenly came. Then, I took a closer look. “Where should I go from now on?” At that time, I was able to fulfill my promise to my best friend and I had a sense of accomplishment that I was able to do everything I could in WWE within three years. I consulted with WWE several times and decided to leave the company,” she said.

After leaving the WWE, Kairi became their ambassador and trainer in Japan for a short time and also opened a gym there.

“Vince McMahon smiled and said to me: If you want to come back, come back to America anytime,” she recalled.

Kairi began her career in Stardom in 2011 and made her return at World Climax in March where she teamed with Stars’ Mayu Iwatani against Cosmic Angels’ Tam Nakano and Unagi Sayaka. Interestingly enough, she also joined forces with Nakano as The White Knights tag team.

Kairi told Entame Next that a lot has changed about Stardom in her absence.

“There are quite a few things that I think have changed, of course in a good way. After all, even when I was doing it at WWE, I was worried about the appearance of my old home and it made me happy to hear that it is exciting there. There are more and more skilled wrestlers, the venues are getting bigger, so I thought it was wonderful,” she said.

Reader Alert: You can check out Stardom at their streaming service at https://www.stardom-world.com/