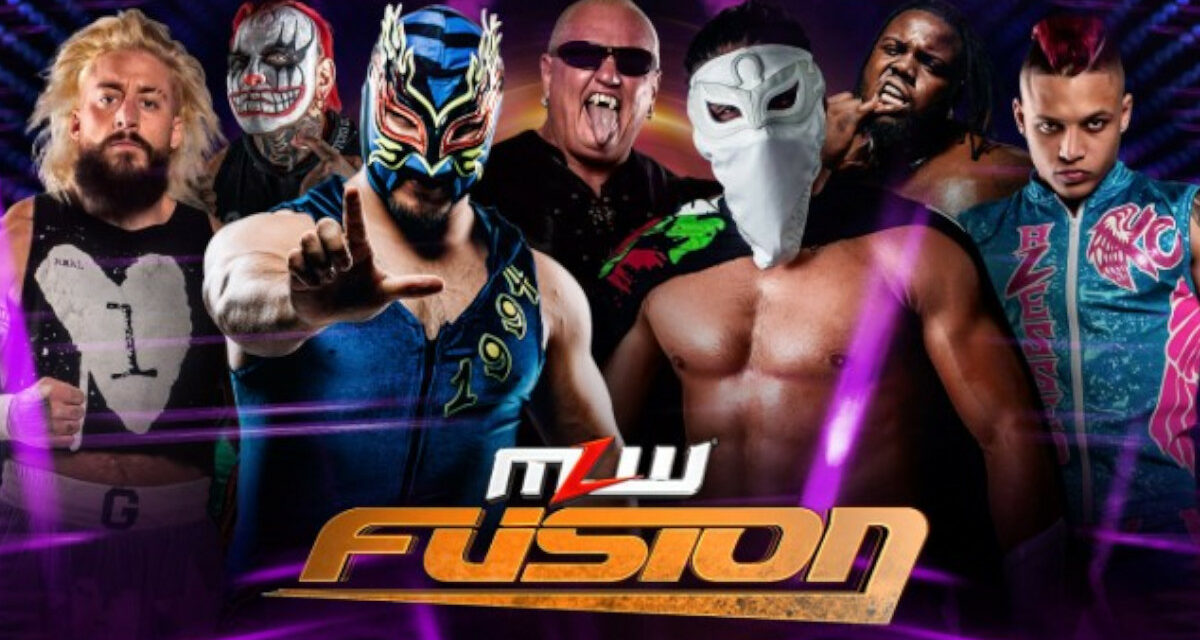 MLW Fusion was in Dallas Texas again this week. The show started with a recap of Cesar Duran screwing over Hammerstone last week.

Los Parks vs Gangrel and Pagano

The first match of the night was Gangrel with Pagano vs Los Parks. Before the ref could call for the opening bell, Cesar Duran came out and said that tag team matches are “boring”, so he changed the match into a Mexican Death Match and then left. The ref called for the bell, and the match ensued. It was more of a traditional tag match than a death match, but still a good match. Pagano used a fan’s beer as a weapon (it appeared to be full by the way), costing the fan I’m sure what was probably an $8 beer. Los Parks would use a sickle on Pagano’s forehead, but other than that, there weren’t many death match elements to the contest.

At one point, the referee ends up getting knocked out because, of course, he got in the way. Pagano ripped the mask off of LA Park, but he avoided letting his face be seen. LA Park would stab Pagano in the head with a wad of wooden skewers, probably left over from a Memorial Day BBQ. He hit Pagano with a DDT and then got the pin.

Next up was a grudge match. nZo made his way to the ring first, wearing a Waffle House forearm warmer. I love Waffle House. nZo got on the mic and rattled off an angry promo about beating up KC Navarro at his boxing gym back in Jersey back in the day.  nZo’s rant finally ended and KC Navarro made his way to the ring. This match was extremely short for a grudge match. nZo missed a move right from the beginning of the match, and KC Navarro capitalized. Navarro hit nZo with a back flip off of the top rope and then transitioned into a roll-up and got the 3 count.

After the match, Cesar Duran was caressing a red ceramic bull on his desk as he chatted with Richard Holliday and Alicia Atout in his office. Alicia Atout closed the office door on the cameraman as Ceasar Duran was heard saying “I’m all ears”. I guess we’ll find out what that was about next week.

After the Duran segment, a short video teased the arrival of Karrion Kross, who we know will be participating in the 40-man Battle Riot on June 23rd from the Melrose Ballroom in NYC.

In the Main Event,  it was a battle between two former tag team partners. Flamita made his way to the ring first. Bandido made his entrance next, wearing a beautiful Indian headdress. The crowd chanted “LUCHA LUCHA” as the two flipped off of the ropes and went after each other hard. These two put on a technical clinic, executing every move in the Lucha playbook and more. After a hard-fought battle, Bandido would finally get the pin. Bandido tried to shake hands after the win, but Flamita flipped the bird in Bandido’s face. It was a really good match, great Lucha.