‘Just Tyrus’ is much more than a memoir 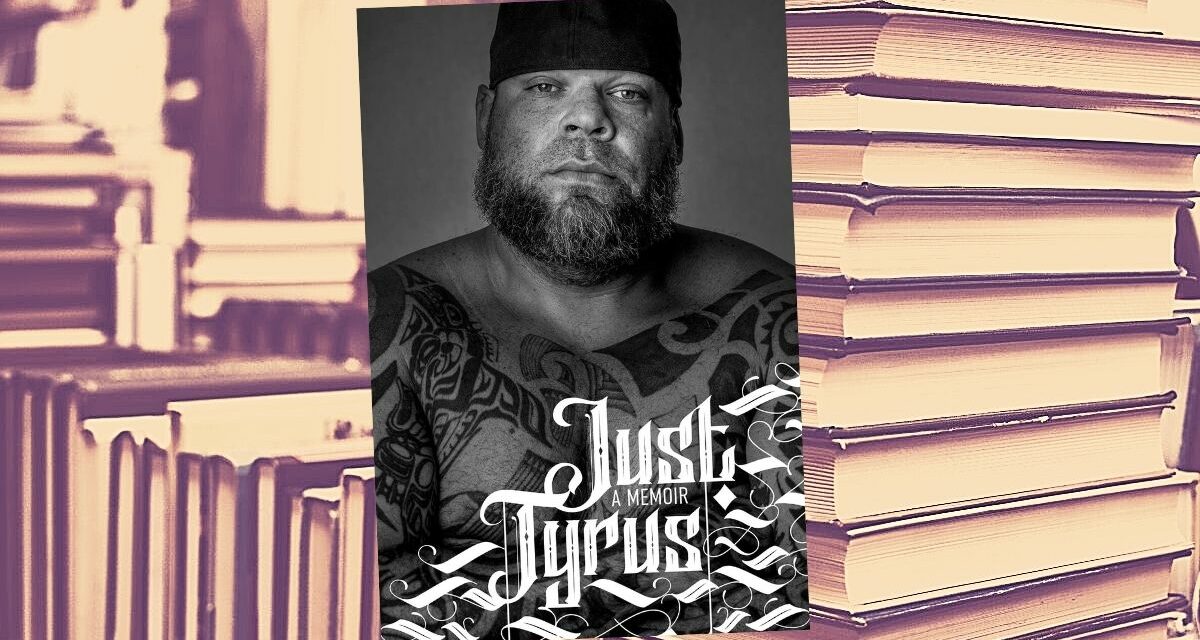 When Tyrus got to FOX News, executive Sue Scott told him that “you have three books in you.” The first, Just Tyrus: A Memoir, exploded to the top of the Amazon sales charts in the first two hours. He also vaulted to the top of the New York Times and Wall Street Journal best-seller lists.

A Post Hill Press book running at a brisk 223-pages, Just Tyrus is an engaging read. “Everyone should write a book,” Tyrus told SlamWrestling.net over the telephone recently on the way to a book signing event in New Jersey. “Whether it’s printed or not, everyone should write one.”

Writing the tome details his early life as a product of a mixed marriage that saw his abusive father leave the home and never come back. His mother, a teenager at the time of his birth, ultimately went down a similar path.

Just Tyrus: A Memoir details how, despite odds being stacked against him, the college football player, bouncer, wrestler, turned FOX News contributor, stumbled but remained positive every step of the way. From his grandfather, to coaches, to professional wrestling mentors like “The American Dream” Dusty Rhodes, Tyrus (born George Murdoch) sought out strong male influences. Many of those relationships derailed, or ended, but Tyrus kept moving forward. “But I’ve never been a victim,” are among the last words in the book.

For wrestling fans, don’t look for a lot of dirt, or even wrestling. Those tales will come in the next two books. It’s refreshing that Tyrus goes out of his way to avoid controversy when writing about people in his life. “That’s their story to tell,” he writes.

He expounds, “There was no writing coach. I’ve been told I have a distinctive style. It makes for a faster read.” 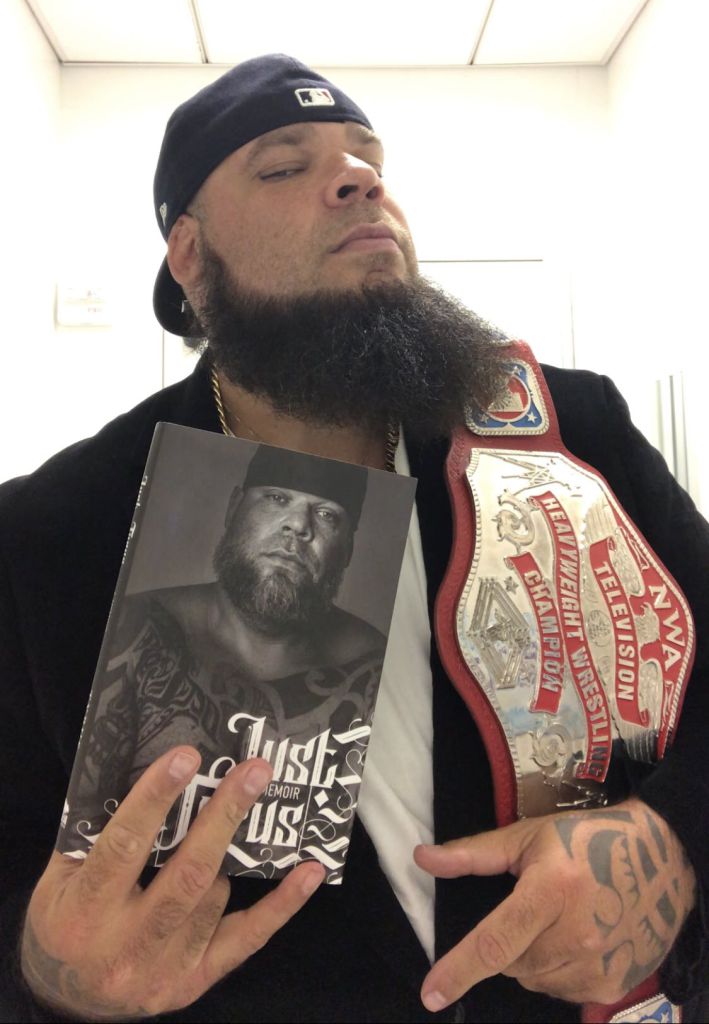 Tyrus says he “didn’t earn the right to tell other people’s stories. I stay in my lane.” And he does in a true-to-character way.

He is very gracious in writing about Vince McMahon, Tommy Dreamer, John Laurinaitis, Triple H and others in the WWE, where he was known as Brodus Clay.

The 6’8”, 370-pounder tells stories about being personal security for Snoop Dogg (who comes off as extraordinarily generous), and his brushes at fame with Prince and other celebrities. None of the chapters drone on, and in some cases have you wanting more. He does say that the original book clocked in at over 370 pages. “I will be able to open up about some things,” he said. He mentions past girlfriends just briefly, and doesn’t share any titillation from various careers or career journeys.

For his FOX News fans, he does write about meeting Greg Gutfeld and Dana Perino for the first time. He raves about how good a mentor Perino is. “She is exactly what you see,” he says. And Gutfeld also receives praise. He details how his 2016 admission that he wasn’t going to vote for either Donald Trump or Hillary Clinton went over like a lead balloon at the network, and how he’s grown since then. (He did vote in 2020; he wasn’t asked who he voted for.) But he does say he is still a Republican who could support moderate Democrats. 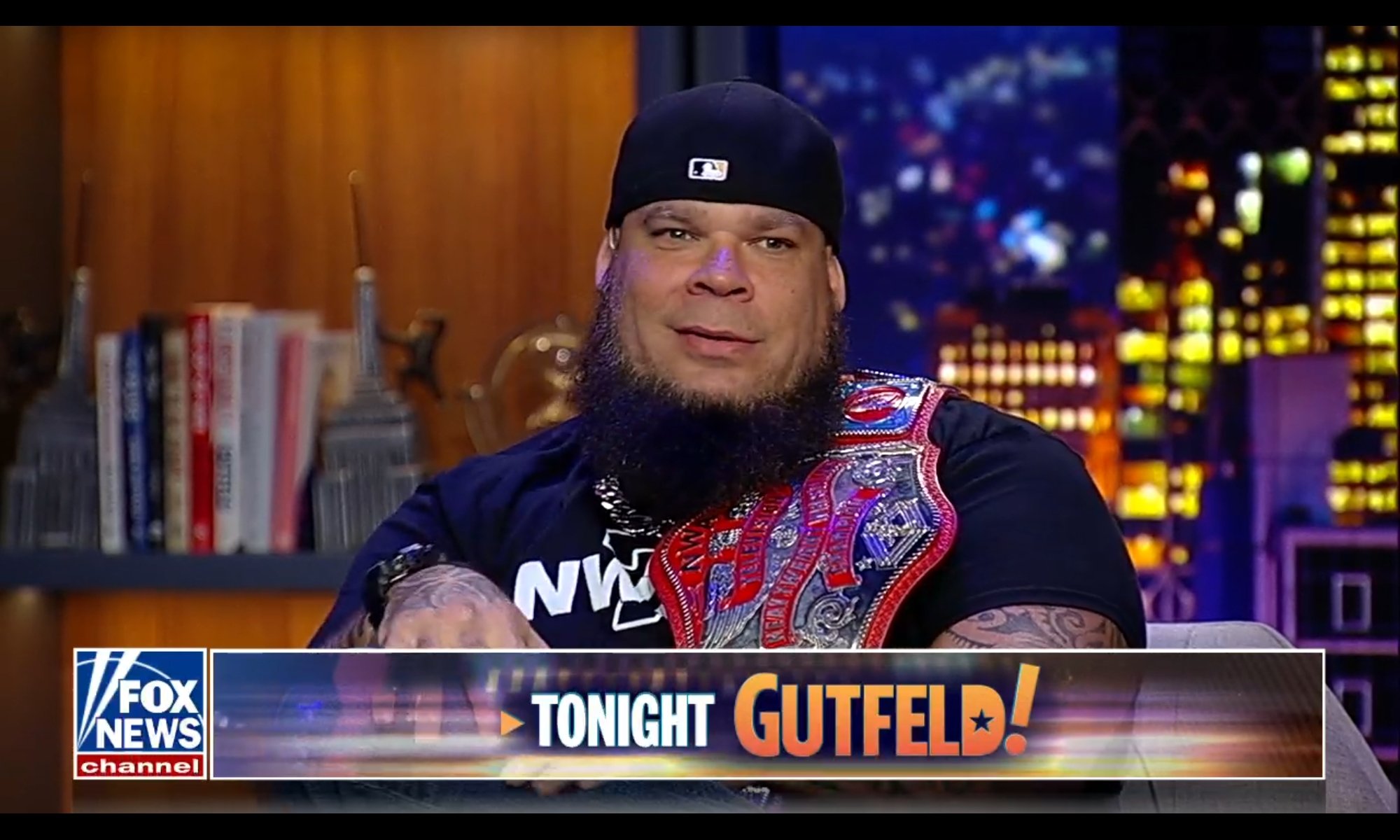 When asked about his former Funkadactyl, Naomi, being suspended by the WWE, he is supportive and pragmatic. “I’ve known her for a long time. He is the purist athlete in the WWE and a future Hall of Famer. They must be doing what’s right for them. But there are consequences. She (nor Sasha Banks) are not done in the sport of wrestling.” His advice to her would be, “Just make sure it’s the best for you. I really hope they work this out.”

As for his current run in the National Wrestling Alliance, Tyrus has kind words for owner NWA owner Billy Corgan. “It’s a great job,” he says. “It’s a traditional style. Ninety percent of the roster are solid guys. There’s a deep pool of veterans.”

Tyrus mentions that it’s a chance for his children, aged 8 and 10, to see him in the ring.

Tyrus has a unique take on his role as the NWA Television Champion, for which his belt is prominently displayed on his FOX News appearances. He’s battling for a chance at the NWA “Ten Pounds of Gold” currently held by Matt Cardona. “Technically, I am the #1 contender anyway.” He harks back to the old Jim Crockett Promotion hierarchy where the TV champion was always in the hunt for the top spot. He also talks about the rich NWA tradition of surrendering a championship when another is won. “I don’t want to do that,” he says of the TV belt.

Tyrus will be 50 next February. He plans on wrestling for a couple more years, “until my body says, ‘No.’” After that, he hopes to transition to the announce table where his idols “Jim Ross, Jesse Ventura, Gorilla Monsoon, Bobby Heenan and Macho Man” once held court.

In addition to book signings and FOX News appearances, Tyrus is preparing for the NWA’s next PPV, on June 11. NWA Alwayz Ready will be live from Knoxville, Tennessee. NWA Champion Matt Cardona, former champions Nick Aldis and Trevor Murdoch will be in action, as will Aron Stevens, Chris Adonis, Mike Bennett, NWA World Women’s Champion Kamille, and many more. All the details about subscribing to the Pay Per View, NWA Powerrr, all of the other programs and a full catalog can be found at FITETV.com.

Just Tyrus: A Memoir is available on Amazon, Barnes and Noble, Simon & Schuster, as well as all other traditional book sellers.