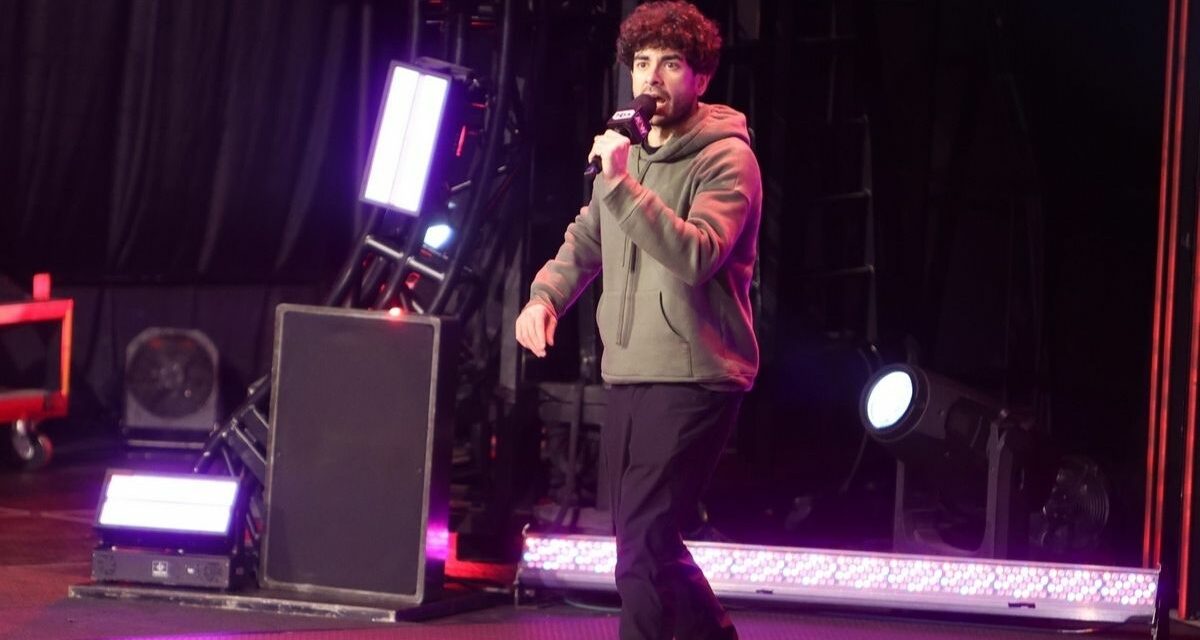 Ahead of the Double or Nothing event this Sunday, AEW CEO Tony Khan addressed many topics in a conference call with the media.

Here are the highlights:

“Right now, we are featured in the best ways possible with AEW Wednesday Night Dynamite on TBS and AEW Friday Rampage on TNT. We have gotten great, great feedback. I think this is going to be a great relationship between AEW and Warner Bros Discovery. I was so honoured and blessed that when we are in Los Angeles that the folks from Warner Bros Discovery are throwing us an awesome party.”

“It has been great. I am a huge fan of Owen Hart. I grew up with him as a kid. I was fortunate enough to see Bret and Owen wrestle live. I think Owen hasn’t been seen enough, hasn’t been embraced enough in pro-wrestling and a lot of that is involved in the circumstances in which Owen Hart was taken away from us. I know that Owen Hart loved the wrestling business but first and foremost, he loved his family.”

“We all loved Owen Hart and we wanted to have this tournament to celebrate him, his memory, his legacy and have great wrestling matches.”

“At Double or Nothing I am hoping that Martha (Hart) will say a few words to the fans, which I am also really looking forward to. It means a lot to me and I think there are a lot of wrestling fans who are happy to see Owen Hart’s image being associated with wrestling matches on TV again especially the great matches we have had along the way.” 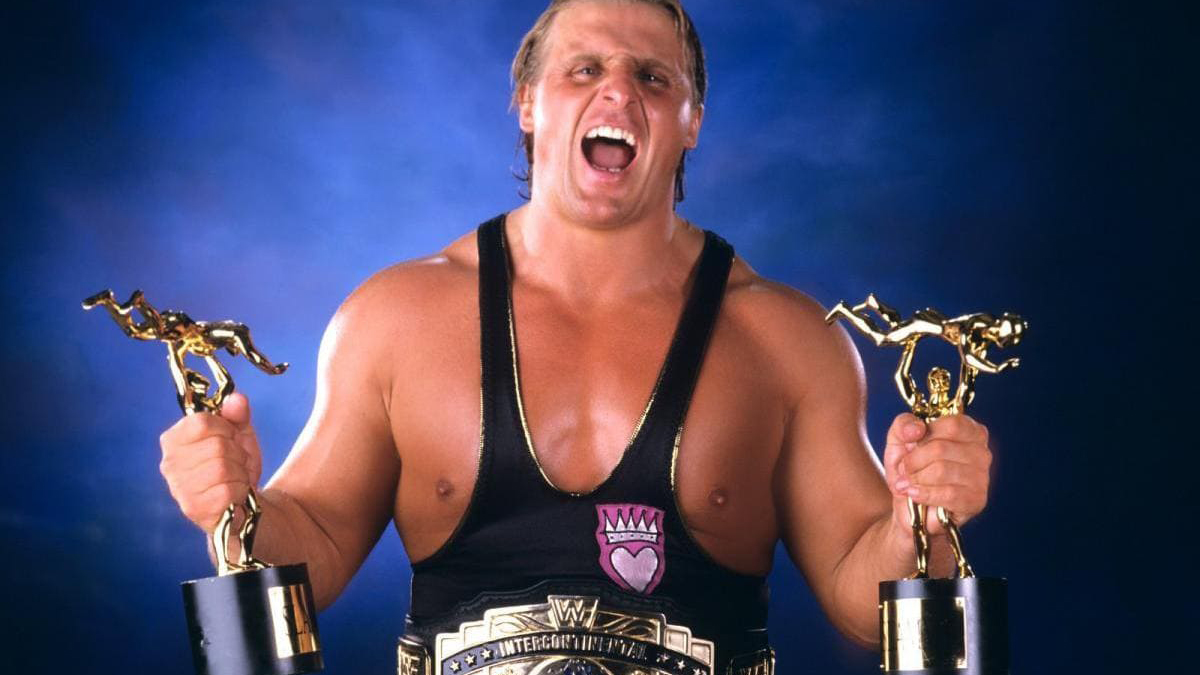 Owen Hart has all the gold. Courtesy: WWE.

“At Sunday at Double or Nothing people are going to see what the winners of the Owen Hart Tournament will receive. It is one of the most exciting things about the event. I think people are looking forward to the unveiling of what the winners will receive. It will be something really nice. It is something we have shown to Dr. Martha Hart and her family. We have gotten their approval. It is really, really cool.”

“I have thought about it but I try to be sensitive to the wrestlers when I do things. One thing I have learned in the transition from being a fan to a promoter and match-making is that I try to be sensitive to the wrestlers and their health. I try to take care of them. The flow of the tournament, which is a little bit different than for example, a King of the Ring tournament that Owen Hart won in 1994, where you might see multiple matches in one night or even in the year prior in 1993 when Bret wrestled three times very famously in three great matches, I wouldn’t necessarily ask that of everyone.” 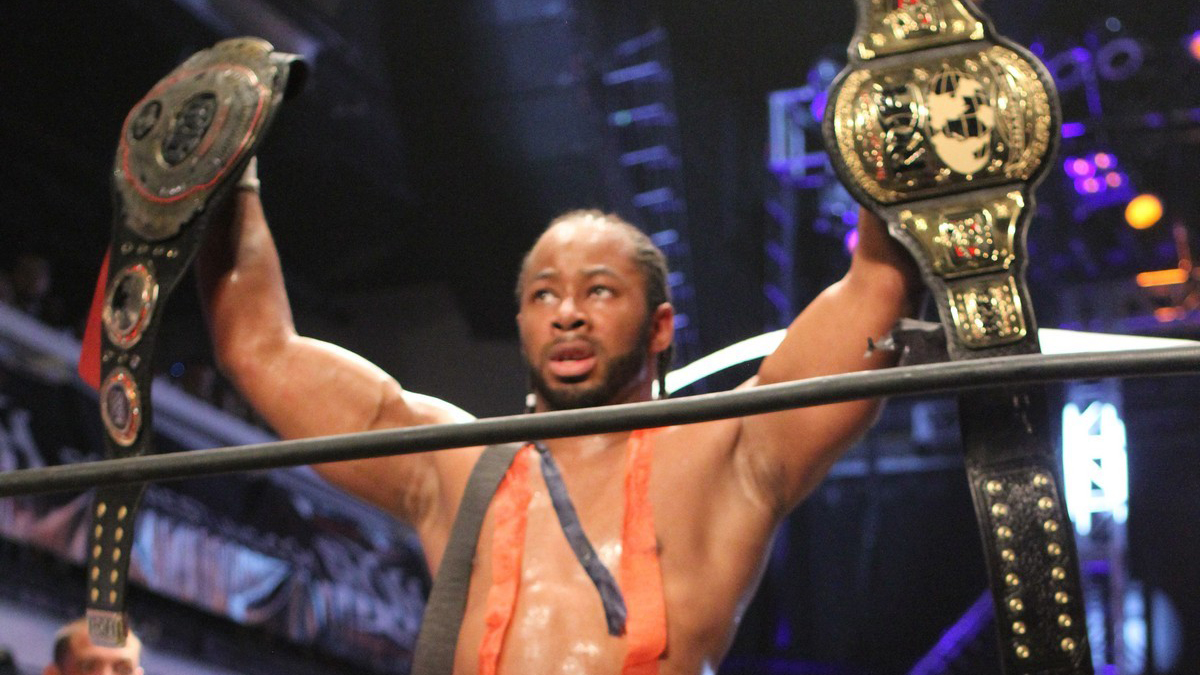 “I just jumped on it, honestly. It was a unique opportunity. I was on the phone and I heard that if I paid a certain price I could buy Ring of Honor then and there. I didn’t want to complicate it or make it anymore difficult than it was going to be. I just did it right then and there, me, personally. It is easy for me to do. The way I looked at it at the time was the price was right, the opportunity was right and I was looking out for AEW. In doing so, this transaction makes sense for Ring of Honor to be its own brand and stand on its own feet. I am not saying Ring of Honor is a subsidiary of AEW or secondary in any way.”

Ring Of Honor Returning to Television

“We are still working on that….We had a great conversation with Warner Bros Discovery about what we could do with Ring of Honor in conjunction with things we could do to expand the AEW audience and the ways we deliver AEW content to our fans.”

“I would love to bring AEW to Canada. We have been back on tour for less than a year. We were shut down for about a year and a half because of the pandemic. Now, we are back and servicing markets in the United States that we originally planned to go to back in 2020. Canada has been on our list for a long time. It is something we are definitely going to do in the near future.”

“There are huge wrestling fans in Canada in part because there are so many great Canadian pro wrestlers. A lot of those great Canadian pro wrestlers are in AEW right now. We just saw one of them, Kyle O’Reilly, coming close to making the Owen Hart finals. Of course, Chris Jericho, one of the greatest legends in the sport. And, Kenny Omega, one of the great champions in AEW and all over the world.”

“I cannot wait to being AEW to Canada. I love the country. I have visited it before. I actually drove up there to go to WrestleMania 18 as a a fan on my spring break in college. I love going up to Canada recreationally. It is fun. It is beautiful. My family, in addition to the auto parts business, has a lot of business ventures there including my father who owns the Four Seasons Hotel in Toronto. There are a lot of great cities all across Canada.”

TOP PHOTO: Tony Khan speaks to the crowd on May 4, 2022. Photo by George Tahinos, georgetahinos.smugmug.com