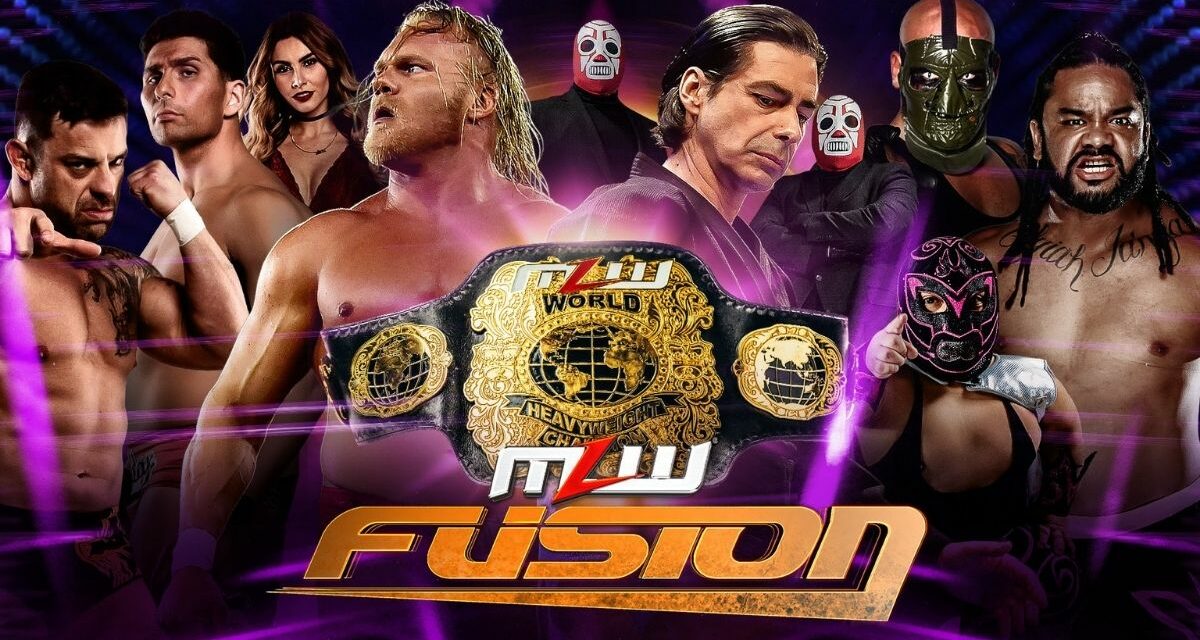 The show opened up with Microman pulling up to a parking lot full of fans in the Micro Mobile, which was driven by Mister Saint Laurent. A note from Cesar Duran was delivered, informing Microman that if he loses his match tonight he would be out of MLW forever.

Rivera made his entrance wearing a denim jacket in the middle of summer. Danny ran his mouth to the crowd for a little while about how bad the Dallas Cowboys suck. To the man’s credit, preseason is only 8 weeks away.

Davey Richards, one half of Team Ambition, made his way to the ring and the match kicked off. This was an old-school match between two technical wrestlers. There was no flipping around or gymnastics in this match, which was refreshing to see. Davey Richards got the pin after a brutal piledriver. It was a short but sweet match. After the win, Richards called out the MLW Open Wight Champion Alex Kane in the post-match interview.

After the match, Mads Krugger was spotted by MLW cameras coming out of Cesar Duran’s office. The commentary team speculated on if this had anything to do with the main event. Of course, it would appear that way, wouldn’t it?

Who will riot in NYC on June 23rd? Let's find out as more competitors are announced in the Battle Riot control center. https://t.co/BTyTHwHO0N pic.twitter.com/WIxjlQtzrG

The Von Erichs rudely interrupted Cesar Duran in his office as he was warming up in a karate gi. The Von Erichs demanded a title shot, broke Duran’s karate plank, and then stormed out of the office.

The Von Erichs show @RealCesarDuran a few pointers (TEXAS STYLE) as he prepares for his BIG match tonight. #MLWFusion pic.twitter.com/icUPZGOg4i

The second match of the show was a 6 man Lucha tag match featuring Microman. Micromania was at risk of ending if Mircoman’s team lost. Strange Sangre and TJP made their way to the ring, briefly accompanied by Gangrel, who didn’t go past the ramp. Microman’s partners were then revealed to be Aerostar and El Dragon. This was a mid-paced match with everything you’d expect from a typical high-flying Lucha match. The match was a decent length, with a lot of ariel moves onto the floor. Microman would eventually get the three-count by a rollup. Micromania is safe, for now.

Winner: Microman, Aerostar, and El Dragon. Microman gets to stay in MLW.

Cesar Duran was all set to make his in-ring debut, hoping to get sweet revenge for being KO’ed by Hammerstone a couple of weeks ago. Hey, it was an accident, wasn’t it?

Cesar Duran would enter the ring first, wearing a karate gi and decorated as a black belt. Is it a store-bought black belt or did he earn that black belt? His hair was slicked back like a young Steven Segal, but Cesar would not be snapping anyone’s arm tonight.

Cesar would then call for the bell and the match began. Just as the action was about to begin, Richard Holiday and Alicia Atout showed up, surprise surprise! Holiday assaulted a handcuffed Hammerstone, relentlessly kicking him in the corner. The ref would call for the bell and a DQ. Mads Krugger (no relation to Freddy Krueger) and King Muertes would then come out to join in on the fun, but The Von Erichs ran out and helped Hammerstone clear the ring.

Cesar Duran made a cowardly exit, but not before ordering a trios match between Hammerstone with The Von Erichs, vs Holiday with Mads Krugger and King Muertes. The show would end with the MLW camera crew capturing yet another Richard Holiday and Alicia Atout makeout session.