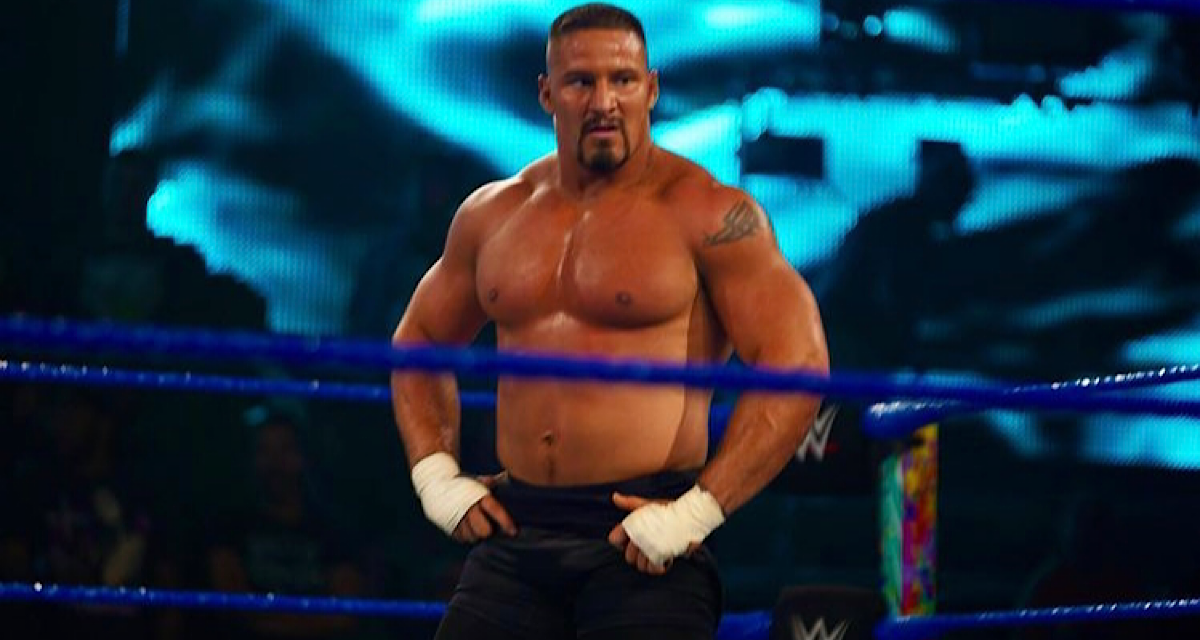 Like the fantasy “Road to WrestleMania” storylines in old Smackdown v.s. RAW video games, Joe Gacy’s mind games towards Bron Breakker have included druids, kidnappings, magic, and more. This week, in the main event of NXT, Gacy and his druids continued their mind games, and they just won’t stop.

Tony D’Angelo opens the episode to address last week’s loss against Santos Escobar, who utilized brass knucks and some funny business. Meanwhile, it’s the NXT in-ring debuts of Lorenzo and Donovan, who have been introduced as the stereotypical lackeys of “The Don.”  It’s instead a showcase for the highly underrated and extremely athletic opposing duo before Escobar and Legado del Fantasma head to the ring in split screen. The broadcast has to cut out “you f- up” chants when Blade slips on a springboard, but Lorenzo and Donovan’s flat double boot finisher puts it away. A six-man brawl erupts between the factions thereafter to a more welcoming “let them fight” chant.

Wes Lee took a nasty bump last week, ricocheting off the announce desk at the hands of Von Wagner. Backstage, a taped-up Lee says, “I have to face guys like Sanga to prove to everyone, especially myself, that I can.”

“Oh my god, finish the match,” says commentary after Sanga delivers an incredible biel to the clearly overpowered Lee. The latter fights back with kicks, but the meaty Sanga chops him down to size and “turns him inside out” with a lariat. A chokeslam gives Sanga the dominant pinfall victory, where the former henchman looked fantastic. Xyon Quinn enters the ring attempting to attack Lee, but the victor makes the surprising save to hearty “Sanga” chants.

Cora Jade coaches Roxanne Perez before her match against Lash Legend, where she reminisces about a time she hit somebody with a skateboard…

NXT Champion Bron Breakker enters the locker room, finding a picture of his family from 20 years ago. The mind games from Joe Gacy continue, and they won’t stop.

Fyre’s fiery entrance becomes even hotter with an ignited baseball bat in-hand. Cora Jade is sitting ringside, “taking a seat from a fan” – tell her what’s what, Wade Barrett. Meanwhile, Lopez targets the opposition’s injured left shoulder, but a swanton from Fyre puts it away. Lopez smacks the popcorn out of Jade’s hand, blaming the ringside distraction for her loss.

Damon Kemp explains that since Roderick Strong’s ankle is rolled, their scheduled tag team match is canceled. The Creed Brothers and Ivy Nile take offense, and Julius in particular really shows some oomph.

Audible gasps from the thirsty Orlando audience are heard when a backstage announcement pulls Nikkita Lyons out of the Women’s Breakout Tournament due to injury. Fallon Henley will void her way into the finals, but Tiffany Stratton talks her way into a matchup tonight.

“Lash is trash” chants gain some steam, and the in-ring track record struggles to dispute it. But as Stephen A. Smith would say, “Let’s be nice, let’s be nice.” Perez pulls out a great Code Red, or more aptly named Pop Rox, over her much taller opponent for an aesthetic pinfall victory. She advances to the finals of the NXT Women’s Breakout tournament, although if Nikkita Lyons was in, Legend likely would’ve progressed for the trilogy of all trilogies.

Hartwell is a woman with nothing to lose. The entirety of The Way, Dexter Lumis, and Persia Pirotta are gone, and she’s finally on her own – cue the choir. Rose is in control following picture-in-picture, and as Hartwell recuperates, Toxic Attraction, Kayden Carter, and Katana Chance run in. Off the distraction, Rose hits the bicycle kick to gain the pinfall victory as the brawling continues. And from behind, Wendy Choo attacks the champion with a stuffed sleeping bag, picking up the NXT Women’s Championship in the process.

NXT Champion Bron Breakker is interviewed backstage, and the screen behind him magically shows a clip of one of his past football games. Breakker reacts calmly but explains that father Rick couldn’t attend due to commitments in Japan.

NXT Tag Team Champions Pretty Deadly send a flamboyant message to the Creed Brothers, who they’ll face at In Your House on June 4.

Stratton goaded Henley into this matchup, and really, Henley should’ve taken that forfeited finals spot. She’s paying for it, and Stratton takes control with flippy – but controlled – offense. Succumbing to a targeted left knee, Henley collapses, falling into place to Stratton’s much improved twisting splash. Looking like a natural, the rookie Stratton advances to the finals of the NXT Women’s Breakout tournament as Grayson Waller comes out to celebrate.

Kayden Carter and Katana Chance “are fed up” with Toxic Attraction, and Wendy Choo wants a shot at Mandy Rose’s NXT Women’s Championship. After, a package for Von Wagner highlights his path of destruction with associate Mr. Stone, who really has done wonders for the entire presentation.

Thea Hail’s highschool graduation is tomorrow, and she’s been accepted to Princeton, Dartmouth, and other top universities. “Since WWE is allowing me to attend college while training at the Performance Center, I have a big choice to make… and next week… I make my decision.”

After Wagner threw Kushida into the abyss, Jiro comes with revenge in mind, jumpstarting the match with a springboard elbow. Wagner comes back on top, but Jiro makes a comeback with a moonsault to the floor. Stuffing the opposition’s blazer over his head, Wagner hits the finishing slam for three, and Sofia Cromwell tells him to continue the attack. But Josh Briggs makes the save, avenging his partner Brooks Jensen, as Cromwell holds Wagner back.

“Sofia Cromwell able to keep her head when all around her is losing theirs – that is good management,” says Wade Barrett. Maybe there’s another shakeup to come inside the illustrious Robert Stone Brand. Interrupting the commentary pitch is Toxic Attraction inside the Toxic Lounge, because they don’t get enough screen time apparently.

The most charismatic duo in NXT, Carmelo Hayes and Trick Williams, are in the barbershop talking about the former’s North American Championship match at In Your House. Speaking of which, Cameron Grimes takes a seat and commences in a verbal back-and-forth with the challenger, revealing that he’ll face Nathan Frazer in preparation next week.

A new vignette for Giovanni Vinci talks status, class, and fashion with a smooth Italian narration.

Breakker immediately spots Joe Gacy and his two druids at the ringside platform, but he isn’t fazed, pulling out a hurricanrana and belly-to-belly. Hudson gains control but the competitors collide with double clotheslines preceding picture-in-picture. Gacy and the druids migrate to the floor as Hudson recuperates, and Breakker takes the straps down for his comeback. However, the druids get involved as Hudson introduces a chair, but it’s Breakker who utilizes it for the disqualification. Gacy grins, and Breakker stands awkwardly in the ring to close the show with more druid disasters.

It says something when Sanga of all people has the match of the night. The tournament matches continue, the rookie roster members are on display, and the in-ring quality just isn’t there. Not to mention the corny storylines scattered throughout, it’s a tough watch.