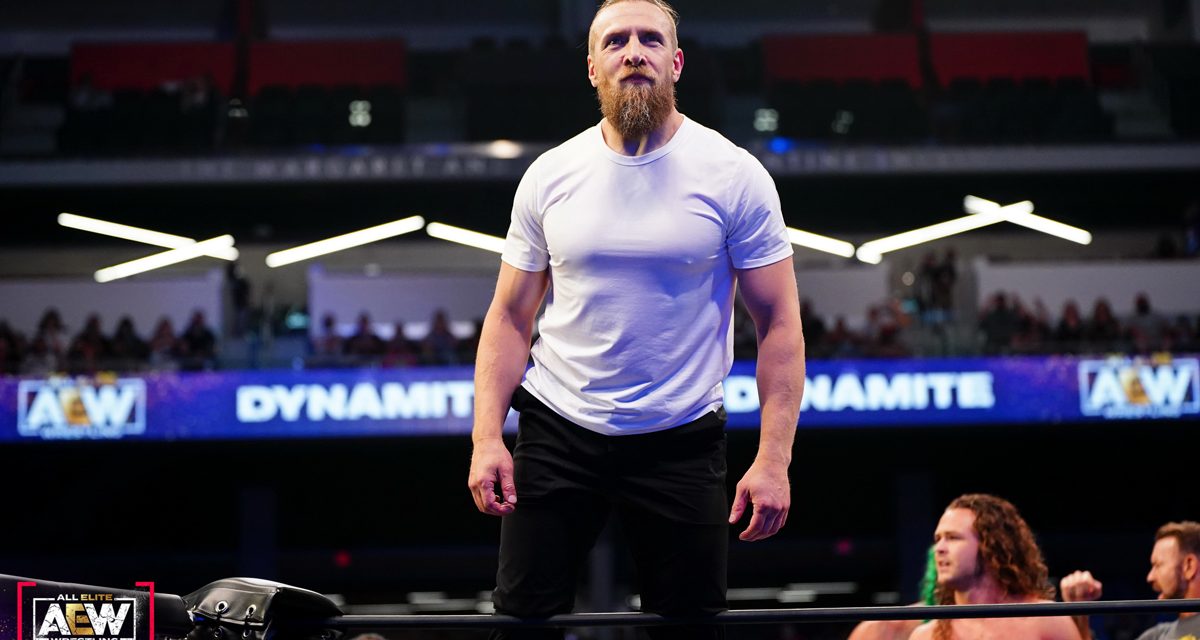 There was an odd incident at last night’s taping of AEW Rampage. It appeared that Bryan Danielson’s leg got trapped between the ring and the entrance ramp. Danielson stepped through the crack and his leg got stuck.

It took trainers and other AEW officials ten minutes to finally free Danielson’s leg from where it was trapped. Danielson appeared to grimace as if in terrible pain during the entire incident.

Danielson managed to limp to the backstage area.

Danielson and Jon Moxley were battling Matt Sydal and Dante Martin when The Jericho Appreciation Society attacked and a brawl began. That is when Danielson suffered his mishap.

Word late Thursday morning is that the accident could be a work to boost the rivalry between the two factions.

Scary moment at the taping of #AEWRampage as Bryan Danielson’s leg got stuck between the ring and the ramp and was trapped for over 10 minutes after the show ended #AEW pic.twitter.com/zRpGwibQ0i