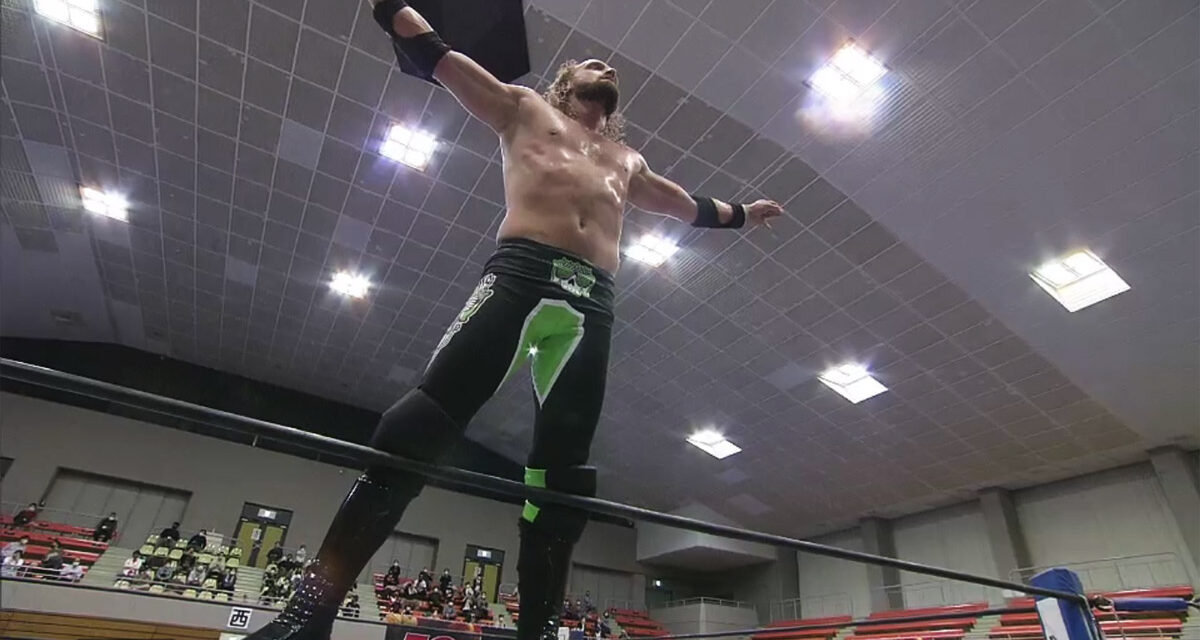 In the most grueling match of the tournament, Phantasmo caught Wato with a Sudden Death kick as he leapt off the top rope. Phantasmo pinned him with a CR2. 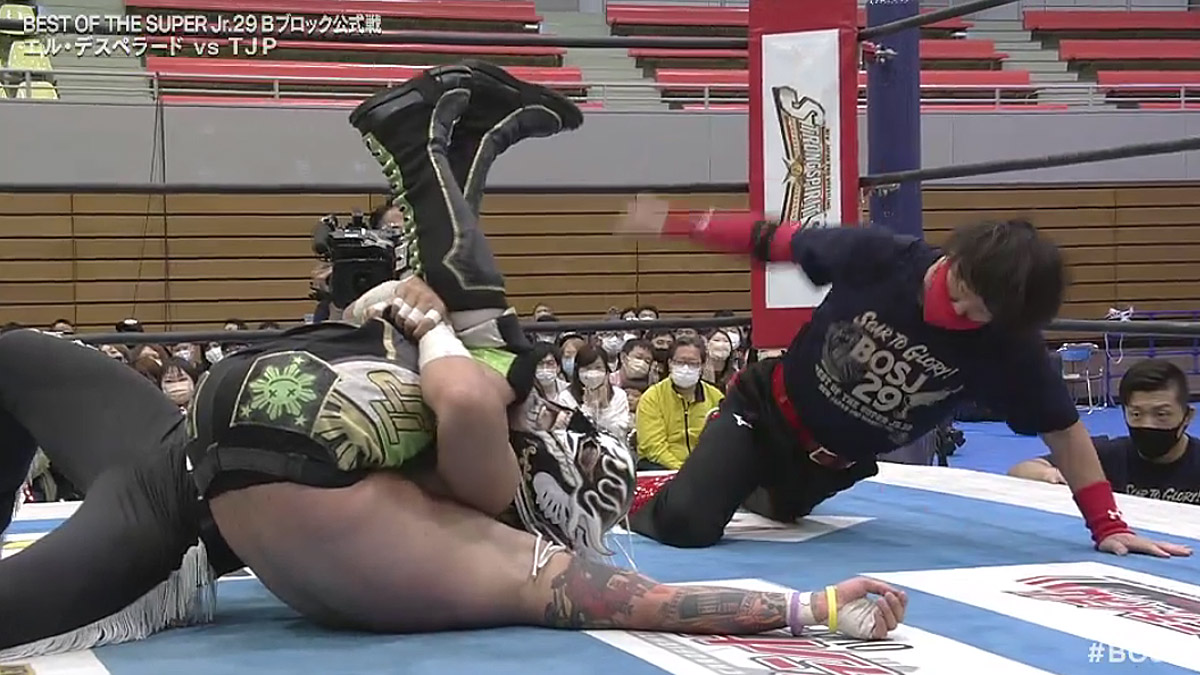 Desperado got one over TJ Perkins by rolling out of the way of his top rope splash. Desperado bridged out of a pin and flipped TJ into a Pinche Loco to take the two points.

The tournament continues on Saturday. The finals are on June 3rd.

Yoh pins Taka with the Direct Drive. Poor Taka. I don’t think he has won a single match since his return to NJPW. Kanemaru kicks Yoh’s knee out from under him after the match in an attempt to gain an advantage in their match on Saturday.

Gedo taps out to Taguchi’s ankle lock. Ishimori strangles Zayn with a t-shirt after the match. Ishimori faces Zayn on Saturday in the tournament.

Takagi pins Tiger Mask with the Pumping Bomber. Hiromu and Austin get nose to nose and share some nasty words.

Wheeler Yuta versus Douki – BEST OF THE SUPER Jr. 29

Yuta gets his first win of the tournament with the Seatbelt Clutch.

Titan versus EL LINDAMAN – BEST OF THE SUPER Jr. 29

LINDAMAN drives Titan into the mat for a big victory.

Robbie Eagles versus Bushi – BEST OF THE SUPER Jr. 29

Bushi scores a win by hitting a destroyer and an MX on Robbie Eagles. Let’s hope that Bushi is getting more of a push from this. They really need to stop using him as pin fodder when he is a decent wrestler.

Master Wato versus El Phantasmo – BEST OF THE SUPER Jr. 29

El Desperado versus TJP – BEST OF THE SUPER Jr. 29