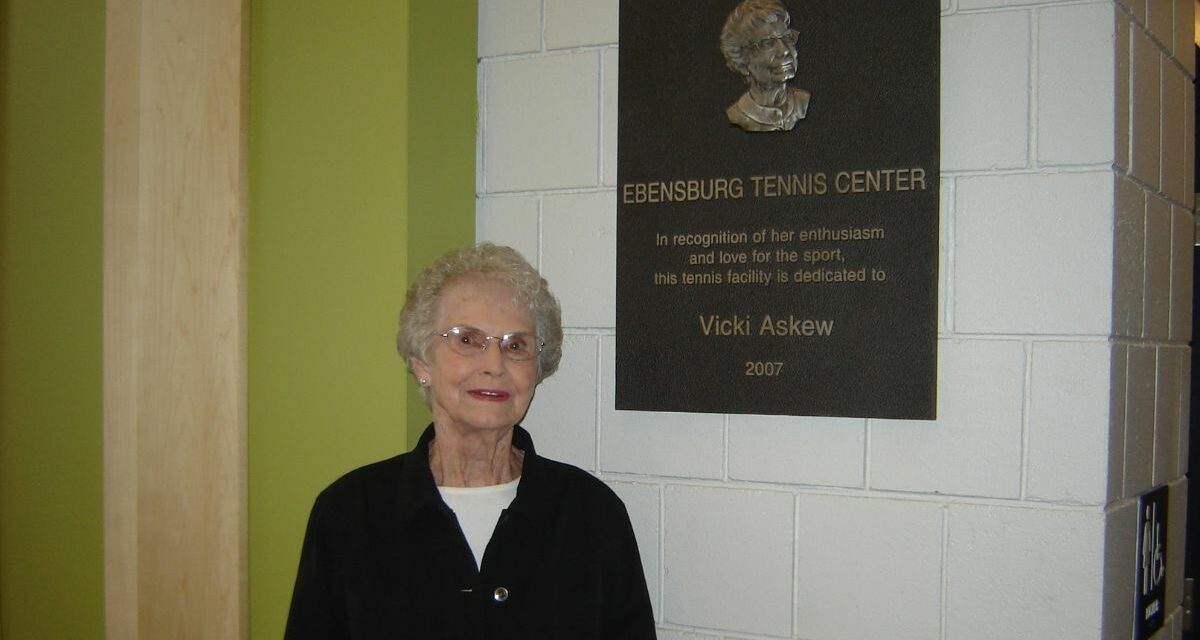 The late Victoria Hanner “Vicki” Askew is known as the mother of WWE Chairman Vince McMahon, but to me, she was a kind – and unlikely – pen pal.

After Askew’s death on January 20, 2022, McMahon’s acknowledgment of her passing on the March 3, 2022 episode of The Pat McAfee Show and recently viewing so many Mother’s Day tributes for living and deceased matriarchs, I decided to dig into both my archives and memory to share a glimpse of the personable side of Vicki Askew.

In mid-2007, I read where a new tennis facility was opening in Pennsylvania because of a $2.5 million donation from McMahon in honor of his mother. This naïve writer tracked down a potential telephone number for the Askew residence and cold called the number.

Vicki’s husband and U.S. Marine Corp veteran, Harold Askew, answered after one ring with a stern “hello.” I asked to speak with his wife. After a brief interrogation about who I was and what I was calling about, he seemed to relax a bit.

“She’s out at the tennis courts now meeting with some organizations. I don’t know what the hell they are,” informed a gruff Askew. “Could I have her call you when she comes home?”

“Are you going to send us a copy of this story, now?” continued Askew. I come from a military family and quickly responded “yes, sir” to both questions.

I remember thinking at least her husband did not hang up on me. More importantly, he did not say no and seemed to appreciate my show of respect.

Then, I immediately called Jamie Taylor, the Director of Tennis at the Ebensburg Tennis Center prior to the grand opening of the facility.

“The McMahons do not want to have stories with a lot of press about Vince McMahon,” explained Taylor, a Toronto native, in August 2007. “If you want to talk about Vicki and the tennis center, that’s fine. We’ve been running into situations where we had people really exploit the whole Vince McMahon thing, and we’re trying to sort of segue away from that if possible.”

I made the conscious decision to focus on Askew and the tennis center for the piece and not her famous son, which was somewhat difficult considering the website is Slam Wrestling. We were still part of Canadian Online Explorer (CANOE) at the time, and I thought my story might be volleyed to the tennis section with the shift in focus. I think my efforts resulted in a balanced story. [See Anyone for tennis? Mr. McMahon!]

After a game of phone tag, I was able to reach Askew on August 21, 2007. I was instantly greeted with a familiar Southern accent. Perhaps we subconsciously bonded because both of us were Southerners living north of the Mason-Dixon Line.

“Yes, I am originally from North Carolina,” shared Askew with the then 20-something writer. “But my husband (Harold) and I lived in South Florida for 28 years prior to coming up here (to Ebensburg).”

Vicki and Harold tied the knot on December 29, 1963. After eventually settling in The Sunshine State, Vicki worked as a secretary and administrative assistant until she retired from the Miramar Pembroke Pines Regional Chamber of Commerce. Harold also served nine years as an agent with the U.S. Department of Treasury and 12 years as an internal auditor with the Broward County Sheriff’s Office before retiring.

“This was his hometown, and he came back after he had been away for 50 years,” added Askew. “And I was glad to come back because I love the community, I love a small town and we were just welcomed with open arms.”

“I just love people anyway,” continued Askew. “I’m comfortable with anybody and everybody.”

Askew was born July 11, 1920 in Florence, South Carolina to Orpheus William Hanner and Victoria Kennedy Hanner. Her family then moved to North Carolina where she spent her childhood. 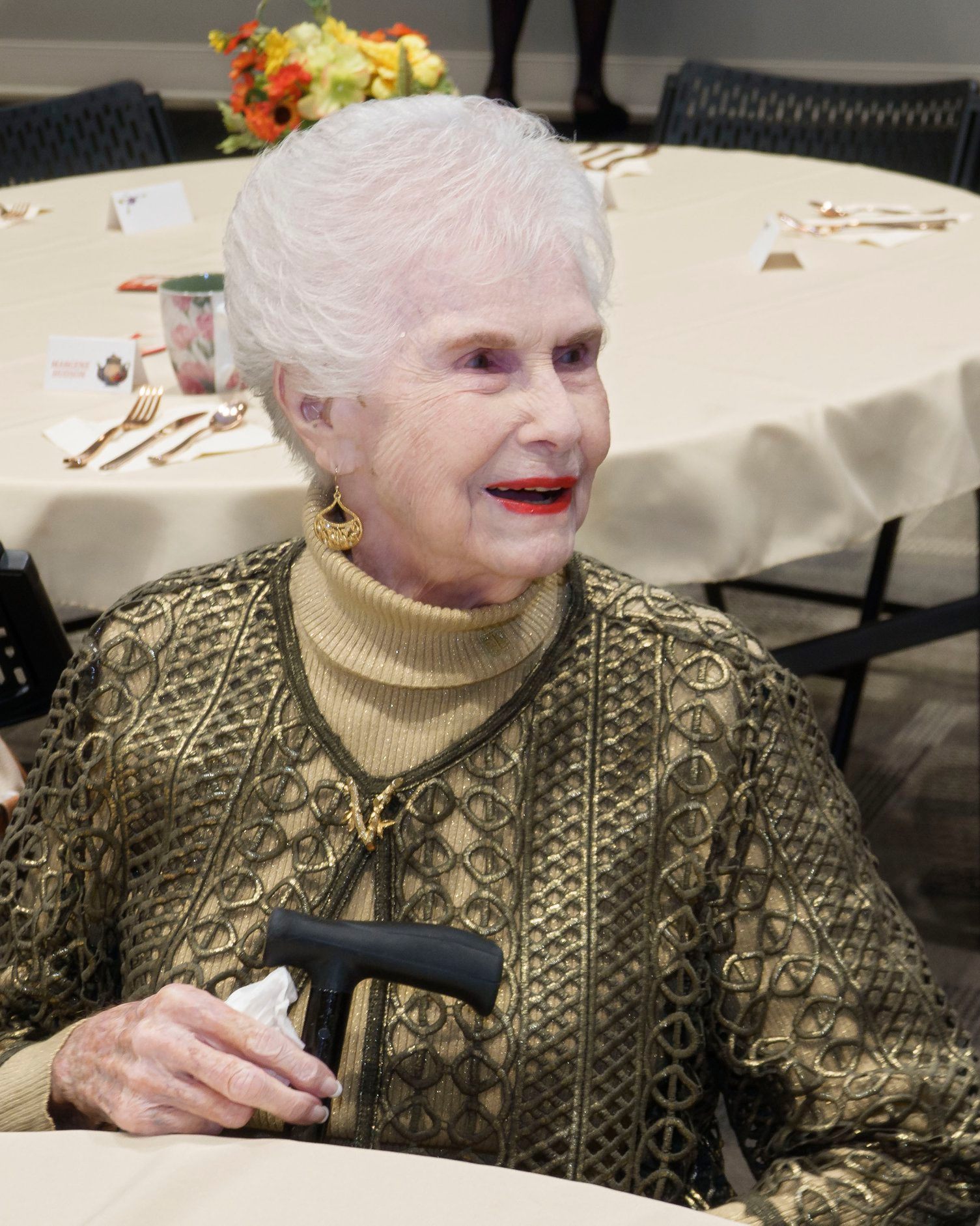 Askew described her childhood in a 2018 interview for the North Shore Church in Montgomery, Texas, where she was a regular attendee:

My mother had to go to work to support me and my three brothers. She started by selling Avon. During the Great Depression, I remember drawing my foot on pasteboard and putting it in my shoe (the sole had holes and no one could afford new shoes).

When asked if and how well she got to know Jess McMahon, Askew responded, “I certainly did. He was a very fine man.”

Askew also shared she lived with her then husband in an apartment above Jess and Rose McMahon (Vince Sr.’s parents) in the wintertime. 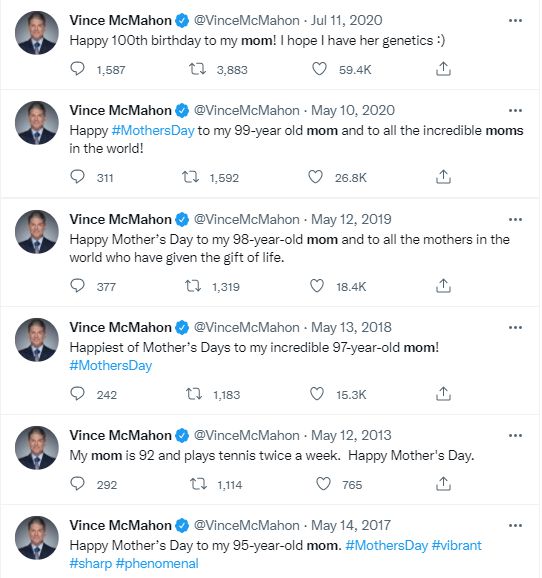 During our interview, Askew spoke fondly of both her sons.

“Well, I feel undeserving, and I’m just filled with love for him, whether he did this or not,” described Askew about Vince donating the funds for the tennis center dedicated in her honor. “As Jamie [Taylor] said, they’re lowkey and didn’t really want that much publicity, but they got it in spite of that I’m afraid.”

“He didn’t want to come to the grand opening because we all knew that if he had come, it would have distracted from the importance of the facility,” explained Askew. “Everybody would have been swarming around him. He knew it wouldn’t be proper, and he doesn’t want that publicity anyway.”

“But my son from Texas was able to come, be at the grand opening, and spend the weekend with us, and that was really special,” said Askew. “Rod is from Willis, Texas, near Lake Conroe, which is a huge lake north of Houston.”

After her husband, Harold, died September 3, 2010, Askew relocated to Texas to be closer to Rod. Like his sibling and ancestors, Rod was also an entrepreneur. In 1987, Rod and his wife Jamice founded the Houston-based North American Metals, Inc.

Askew played tennis regularly well into her 90s. She was also an avid bridge player, exercised often at the local fitness center and participated in the C-Pink North Country Women’s League Team Workout Drill, according to the “Tennis & Vicki Askew” article in January 2012 edition of Bentwater Life, which is the official publication of the Bentwater Property Owners Association.

Askew even returned to the Ebensburg Tennis Center as documented in 2014 by WJAC-TV:

Askew, Rod, Jamice, and their family were present during the WrestleMania 32 weekend, including sitting front row at the 2016 WWE Hall of Fame in Dallas, Texas. Rod McMahon died January 20, 2021 at the age of 77. 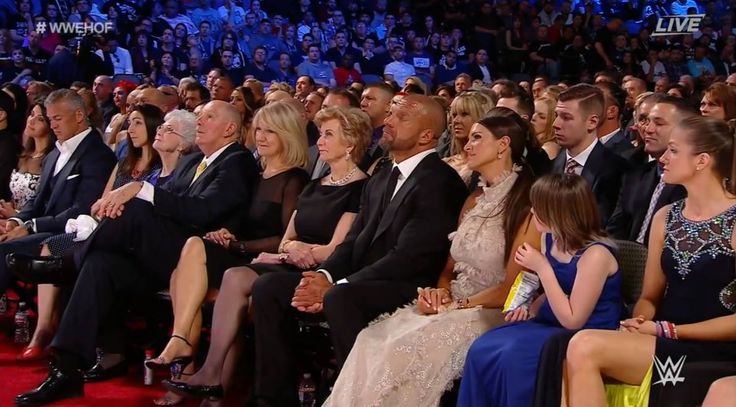 In a screenshot from the 2016 WWE Hall of Fame ceremony, the McMahon family sits in the front row, including Vicki Askew, in glasses, beside her son, Rod.

According to her obituary, Askew passed away of natural causes in her sleep one year after Rod’s death.

“My mom was 101 when she passed away,” explained McMahon to McAfee earlier this year when reflecting on his own mortality. “That’s a benchmark.”

In retrospect, Vicki Askew was very polite and made a stranger like me feel like a welcomed friend.

“If you ever get down this way, please do come and see our facility,” said Askew during our initial 2007 conversation. “I would love to meet you.”

Unfortunately, I was unable to take her up on the offer, but Askew’s passing reminds me of two things about her personality: her graciousness and sense of humor. I sent Askew a hard copy of my 2007 piece along with an article about her former father-in-law, Jess McMahon, from the September 10, 1929 edition of Arena Magazine. Askew left me the following voicemail after receiving the package that shows both aforementioned traits.

She also included my then-girlfriend and I on their list when she and Harold were sending out their Christmas letters: 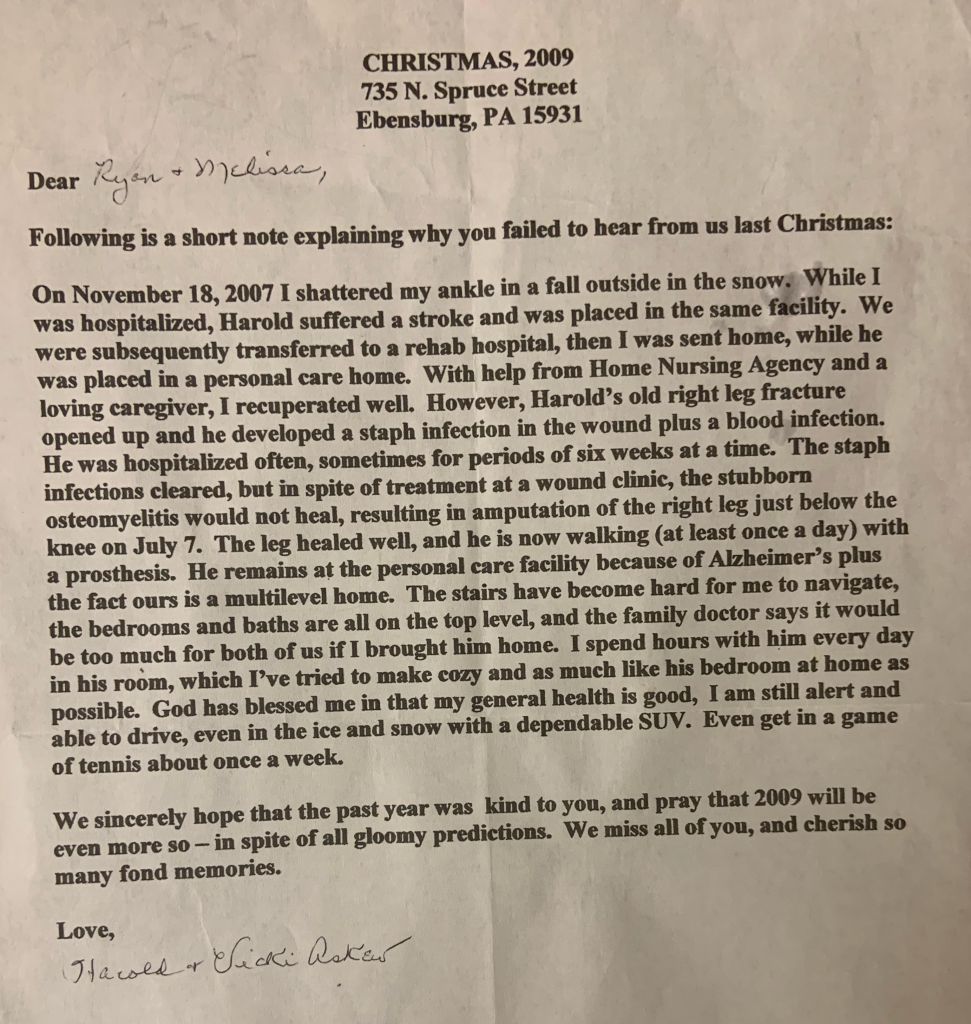 Askew’s comments from our 2007 chat are more poignant now after her passing.

“I just feel so humble,” said Askew about the Ebensburg Tennis Center opening in her honor. “The plaque in the lobby, I don’t think it’s the best likeness. I guess often those bronze ones aren’t, but the words are beautiful. I know it will be there when I’m long gone. People will think, Who in the world is that lady? Well, it doesn’t matter because we have a nice facility here.”