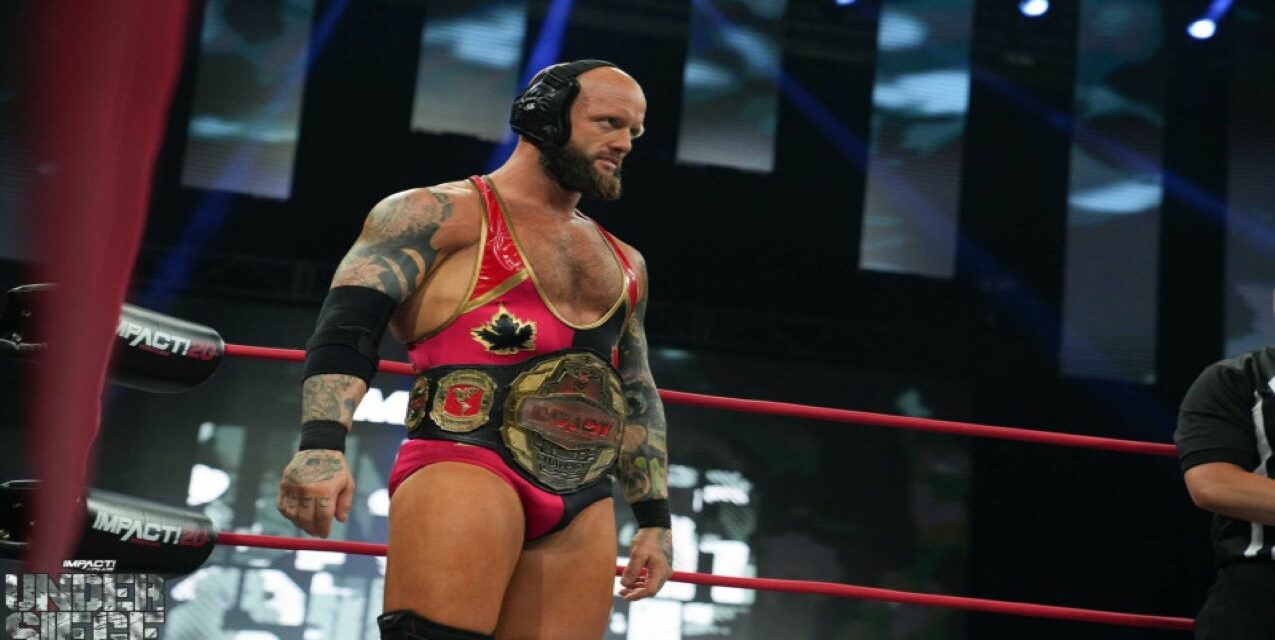 Greetings and salutations everyone and welcome to this weeks Impact TV report. We are clearly on the road to anniversary and it will be interesting to see what comes of this 20th anniversary card. Without further ado, lets get to it.

Impact opened with a promo with past champions and stars. Remember, this is the 20th anniversary of this show so here we are.

This intro leads us into the first match of the night:

It should be noted that Maria joined the commentary team for this match.

Bey was able to take the early lead in the match. Maria was full on heel knocking on Bey through the match.

King was able to PowerSlam Bey and went on the ground and pound game. King locked in a reverse chinlock but Bey was able to muster up a comeback to make the match a 50/50 affair.

King hit Bey with a Chin Checker and a Tiger Driver but this was only good for a two count. Bey was able to mount to a half decent comeback but King was able to sneak a pin where he caught the ropes but the referee saw this which cancelled the count.

Bey was then able to hit a swinging DDT and he went for a Art of Finesse but this didnt work out. Bey was able to comeback and hit a Sliced Bread before he went for the top rope. It was here where Maria distracted Bey and King took advantage and hit an uppercut followed by a SuperPlex.

King hit Bey with a Royal Flush and this was enough to gove hi9m the three-count for the win. King is now part of the Ultimate X match at Slammiversary.

Alisha Edwards was banging on Gisele Shaw’s dressing room as they have a Knockouts tag team chance. Shaw came out, acted cocky and we moved on.

Alisha Edwards took the early advantage but eventually that turned into pandemonium as all four women battled throughout the ring. Alisha and Shaw had some good tag team moves as they hit Stereo Lou Thesz Presses.

The middle part of the match shar Edwards overworked, outperformed and beat up by the tag team champs. Shaw was able to land a hot tag and cleared house. Shaw hit a draping DDT on Rayne but this was only good for a two-count. Rayne got Shaw on the middle turnbuckle.The tag team champs eventually hit their finisher on Edwards to retain.

Gail Kim was out to make an announcemnt. She announced that there would be a Queen of the Mountain match with Tasha Steelz defending against Chelsea Green, Jordynne Grace, Deonna Purrazzo, but before the last competitor was annouced, Steelz came into the ring and confronted Kim.

Eventually Kim announced that Miya Yim would be in the match afer a minor Evans tease.

Kim came down to the ring and attacked Steelz. Purrazzo came down and eventually Grace and Valkyrie came down. The faces cleared house of the heels.

Gia Miller was with Rich Swann who said while his focus is on the Gauntlet to the Gold match later tonight, he’s still gearing toward taking down Matt Cardona for the Digital Media championship.

ELP was able to control most of this match but Alexander and Ishiii were able to fend off all attacks.

We got some back and forth action before Alexander tagged in Ishii. Ishii countered an attempted brainbuster by ELP and nailed a german suplex. Ishii was able to hit all of his known moveset including punches and forearms to anyone that was around.

Ishii went to hit a basement lariat but White interfered. Alexander was now back in the ring to help. Ishii was able to finally hit ELP with the basement lariat followed by the brainbuster. Ishii went for the pin and got all three for the win!

The Briscoes said their titles aren’t going anywhere next week and they face Violent By Design in a rematch next week.

This was a battle Royal that eventually saw many stories play ut. We saw Moose, Maclin and Morrisey all make their cases for being in the World Title Scene.

We saw Eric Young and Chris Sabin be the veterans of the match. I would love to give you a play by play but I’ll do my best to give you whats important.

Eric Young was able to fend off all of the challengers and will be challenging Josh Alexander at Slammiversary for the Impact World Heavyweight Championship. Seems like an off choice for their anniversary show but here we are.

Of note, Callihand and Moose seem to be a storyline that is happening now. Maclin and W.Morrisey also had a confrontation. Swann and Cordona continue their war of words and now actions…

Order of Entry (Eliminated By)

We are on the road to Slammiversary in June and we now know the Knockouts Championship match and the world Title match. The rest of the card is seemingly teased and it is shaping up to be a good card. Impact continues to impress week in and week out and this was a fun episode to watch.