‘Young Rock’ cooks up a well-told, sort-of-true story in this week’s episode 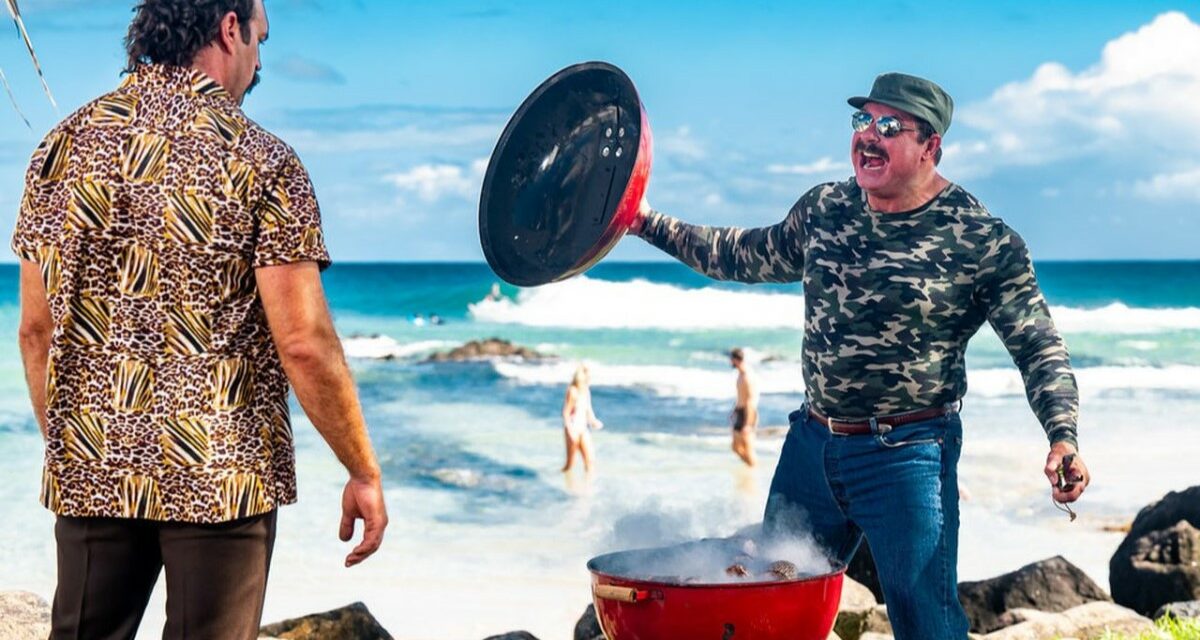 It seems like just about everyone gets worked in tonight’s episode of Young Rock, titled “Backyard Brawl-B-Q”. Lia Maivia (played by Ana Tuisila) finds a way to escape her legal troubles for at least the time being, Rocky Johnson (played by Joseph Lee Anderson) manages to get the crowd cheering his name more loudly than that of his partner Tony Atlas (Antuone Torbert), and the entire episode leads the audience along thinking that the story is heading in a certain direction only to swerve us in the end. Throw in some real (and customary) fast and loose presentations of historical accuracy, and this ends up being one of the most entertaining episodes of the season.

We begin, as usual, in 2032, where Dwayne Johnson’s seemingly endless campaign for presidency (I suppose that feeling applies to real life campaigns as well) is still a couple of days away from wrapping up. As Johnson regales actor-turned-interviewer Randall Park about his life story, they spend most of the episode chowing down on culinary favourites of Dwayne — and that’s really all that timeline has to offer tonight.

The real interest happens in 1984, as young Dwayne (Adrian Groulx) watches his mom Ata (Stacey Leilua) run a show in Aloha Stadium in Honolulu. Ata is in charge because her mother Lia is tied up in an FBI extortion case, as rival promoter Greg Yao (played by Ronnie Chieng) hopes to get her out of his way so he can poach her big stars. Ata’s job is to build the storylines for the Brawl-B-Q, featuring the regular cast of wrestlers featured in the show.

Maivia, who has not been faring well in her court appearances so far, gets a big assist from Yao himself and a little help from André the Giant (Matt Willig). Yao runs into André at his hotel’s bar the night before he takes the stand, and André proceeds to drink him under the table to the point that Yao embarrasses himself in court the next day and hands Maivia an acquittal. Naturally, this was Maivia’s idea and all went just the way she’d hoped.

While Lia’s busy tampering with witnesses, Dewey is busy finding himself the object of several girls’ attention at school as the reluctant advice André had given him about showing respect to girls has turned him into a prized catch. He also gets some advice from Rocky in this episode, but it feels more like admonishment. Out for dinner the night before the big event, Rocky and Tony are butting heads on just about everything — including whether to cheat/treat themselves with a little sweet dessert. Tony dives into a slice of chocolate cake while Rocky won’t even allow fruit drinks in the house, but his speech to Dewey about choosing a code to live by became something that Dwayne would cling to as an adult.

All the same, Dwayne says to Park in 2032 that it’s important to live by a code, but that Rocky put so much pressure on himself he was bound to explode — which brings us to Aloha Stadium. In the real world, Lia Maivia oversaw an event in 1985 called “A Hot Summer Night”, which featured wrestlers from the American Wrestling Association, Jim Crockett Promotions, and New Japan Pro Wrestling.

Of the matches that are shown in this episode’s version of the event, Ric Flair, André, and Rocky Johnson were actually on that card. The rest of the series regulars, such as Sgt. Slaughter and Jake “The Snake” Roberts, continue to stand in for actual participants, presumably because Dwayne Johnson and the creative team are looking to honour them in some fashion. Surely, for example, the fact that the fictional Brawl-B-Q includes a match between Ricky Steamboat and “Macho Man” Randy Savage (Kevin Makely) is meant to honour their WrestleMania III match; and the same goes for a contest between André and Big John Studd meant to mirror their fight at the inaugural WrestleMania.

Whatever the reasons, the show probably went a little too far in romanticizing the event, considering what it shows as the fall-out afterwards. Instead of the 20,000-ish number of fans in the historical event, this episode shows a 50,000-strong spectacular. The problem is that if such an event was happening, why are we to believe that Maivia’s business is soon to be floundering?

Back to Rocky Johnson, though, whose frustration with Tony Atlas is nearly boiling over. Not only does Rocky feel that Atlas gets too much of their tag team’s attention, but he’d heard in a recent episode from Vince McMahon that there was no singles run for Rocky in the cards right now. On top of that, several wrestlers are receiving calls from McMahon about being a part of the upcoming WrestleMania event, but not Rocky. By the time he and Atlas are locked in a steel cage against Roddy Piper and George “The Animal” Steele (and managed by “Classy” Freddie Blassie, no less), Rocky is about ready to walk out on Atlas after a careless elbow from his own partner cuts him open.

This is where I’ll leave you to watch the episode and sift out what’s real and what’s not within the episode. It’s not always imperative to remain spoiler-free in reviews of Young Rock because, as charming and amusing as the show can be, it’s never too hard to see where it’s headed. As mentioned off the top, though, this episode plays out like a well-told wrestling match, so you’d be better off actually seeing how it all wraps up.

In the meantime, check out our Young Rock review and interview archive below, and catch new episodes of Young Rock weekly at 8pm EST on NBC (and on CityTV in Canada) as SlamWrestling.net continues to feature interviews with the cast and crew along with episode reviews.