NXT: Natalya victorious over Jade in all women’s lineup 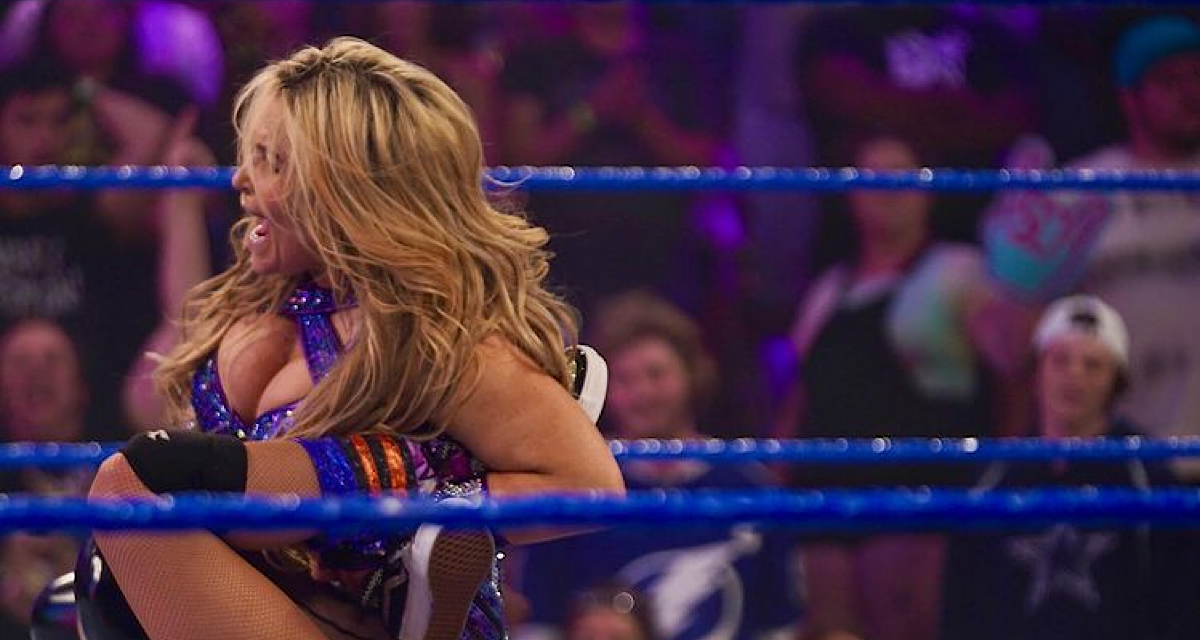 In the closing moments of last week’s Spring Breakin’ event, NXT Champion Bron Breakker was preyed upon by two of Joe Gacy’s druids. Footage showed the attack, and afterwards, Gacy and his cloaked men kidnapped Breakker, dropping him at an undisclosed location. Orlando police need to get their game together. Meanwhile, as 12 may or may not be looking into the situation, tonight’s NXT features a full lineup of women’s wrestling with the start of the Women’s Breakout Tournament.

Still in a pajama onesie and slippers, Choo blindsides the champions but isn’t as sleepy as per usual. Whoever tunes into this opener is more liable to fall asleep. Jacy Jayne retains control throughout picture-in-picture, but Perez makes the comeback against Gigi Dolin. NXT Women’s Champion Mandy Rose steps into the ring, and with that distraction, Dolin gets the pinfall victory over Perez. Toxic Attraction continues the beatdown while throwing cliche “loser” insults at the victims.

Earlier this week, Tiffany Stratton and Grayson Waller went on a shopping spree while talking trash on Chase University and Nathan Frazer. NXT’s invisible camera crew was there too because they’re omniscient of course.

Hashtag free Roddy. Roderick Strong is approached by the Creed Brothers, who are upset about their leader’s interference against the Viking Raiders last week. Strong introduces the newest member of Diamond Mine, Damon Kemp, but the brothers aren’t having it.

Joe Gacy and the two hooded figures who attacked NXT Champion Bron Breakker last week enter the ring. “Shut the hell up” chants ring aloud during Gacy’s spiel, and he offers Breakker the opportunity to join him. The men in question aren’t revealed yet, but based on the tag team finisher used, the streets are saying it’s the Grizzled Young Veterans.

Sarray wants a mixed tag team match with Andre Chase against Tiffany Stratton and Grayson Waller, but he can’t understand Japanese. Luckily, Bodhi Hayward is currently enrolled in Japanese 202 and is able to translate.

“The inaugural Ivy Nile challenge” takes place inside the WWE Performance Center. Nile takes a group of men through a push-up competition and vows to be “the last one standing.”

It’s the first matchup in the NXT Women’s Breakout Tournament as Josh Briggs and Brooks Jensen appear to cheer on Henley. “Jensen has the most developed right forearm in the business. We all know why that forearm is developed, and it is self love from Jensen,” says commentary. 19-year-old Jacobs holds her own in there, but a Shining Wizard from Henley puts it away. Shoutout to Jensen for wearing a “virginity rocks” t-shirt on national television.

Legado del Fantasma is interviewed about the kidnapping of AJ Galante. “Cruz, start the car,” says Santos Escobar. After commercial, Cruz Del Toro is ambushed by Tony D’Angelo and his men, who drive away with the LDF member in their trunk. Orlando police are lacking.

“Fyre has rediscovered herself,” says commentary as the former Kay Lee Ray makes her re-debut. If anything, the bright red and orange lights and smoke effects of her new entrance are pretty cool. Meanwhile, the Ivy Nile challenge has moved onto burpees in the Performance Center as Miller gets on offense. A “Fyre Bomb” and swanton from Fyre gain the pinfall victory, but Miller controlled an unreasonably large portion of the match.

Cora Jade is interviewed about her main-event match against Natalya tonight. She’s out to prove that she can hang with “a future Hall of Famer.”

Carmelo Hayes and Trick Williams pull up in Gucci, but Solo Sikoa locks them out of the building. Have they tried the front door? Sikoa enters the ring with a microphone, and he’s incredibly over with the Orlando fanbase. He’s interrupted by North American Champion Cameron Grimes, who the audience has completely turned on. Grimes promises that after Hayes, Sikoa has “got next.” Hayes and Williams finally find the entrance and blindside the champion, but Sikoa takes them out.

Legado del Fantasma realizes that Cruz Del Toro is missing, but a composed Santos Escobar makes the call to Tony D’Angelo. The latter hams it up and rightfully offers to release Toro in exchange for AJ Galante, but next week, the two leaders will settle their business.

Nathan Frazer is “still on cloud nine,” but his interview is interrupted by Xyon Quinn. Wes Lee appears and doesn’t back down from another match with Quinn.

When Chase University walks through Sarray’s magical entranceway, Chase’s red sweater turns blue, and Hayward comes out with pigtails. Chase and Sarray stomp in unison before commercial, but tides are turned afterwards. Sarray makes the comeback and delivers her finishing dropkick onto Waller to big fanfare, and Hayward’s air horn saves his team from pinfall. Stratton flattens him on the outside, but capitalizing is Sarray with a roll-up.

Lunges with Bulgarian bags is the next Ivy Nile challenge, and the competition continues to dwindle. Next, Ikemen Jiro attacks Von Wagner backstage to initiate a pull-apart brawl.

Toxic Attraction shows concern for Indi Hartwell’s situation, and she literally – verbatim – responds with “gee, thanks.” “No, no… I can’t imagine what you’re going through because no man leaves Mandy Rose,” the champion says.

The next matchup in the NXT Women’s Breakout Tournament features the television debut of Grace, who says, “I’ve competed in judo, jiu-jitsu, and of course beauty pageants.” She, too, is familiar with wearing a sash like her aunt Santina. Although it isn’t smooth, Grace looks comfortable in-ring, but the established Lyons advances as predicted.

Ivy Nile and two others compete with battle ropes, but one drops out. She outlasts the final competitor in pull-ups, winning the inaugural Ivy Nile challenge.

Smackdown’s Viking Raiders respect the Creed Brothers for not accepting a “tainted victory.” “In one week’s time, the raid is coming… Ragnarok awaits.”

Jade gets the one-up over Natalya in the feeling-out process, but the latter recuperates in picture-in-picture. Jade comes back with a slap and delivers a tornado DDT for two, but Natalya connects with a discus clothesline. She targets Jade’s left knee, ramming it against the post, but the underdog fights through. Natalya escapes the Sharpshooter due to Jade’s unstable knee, and the “Queen of Harts” knocks her opponent out with her own Sharpshooter. “Cora Jade is an unbreakable spirit, and she can hang with the very best,” says commentary as the two competitors embrace.

I think I just watched a month’s worth of women’s wrestling in the span of two hours. It wasn’t for me — especially Cora Jade, who I haven’t seen eye-to-eye with with her vocal supporters. This was definitely her best match yet though, and it certainly stood out against the filler matches of the rest of the night.