Roman Reigns comments on his future 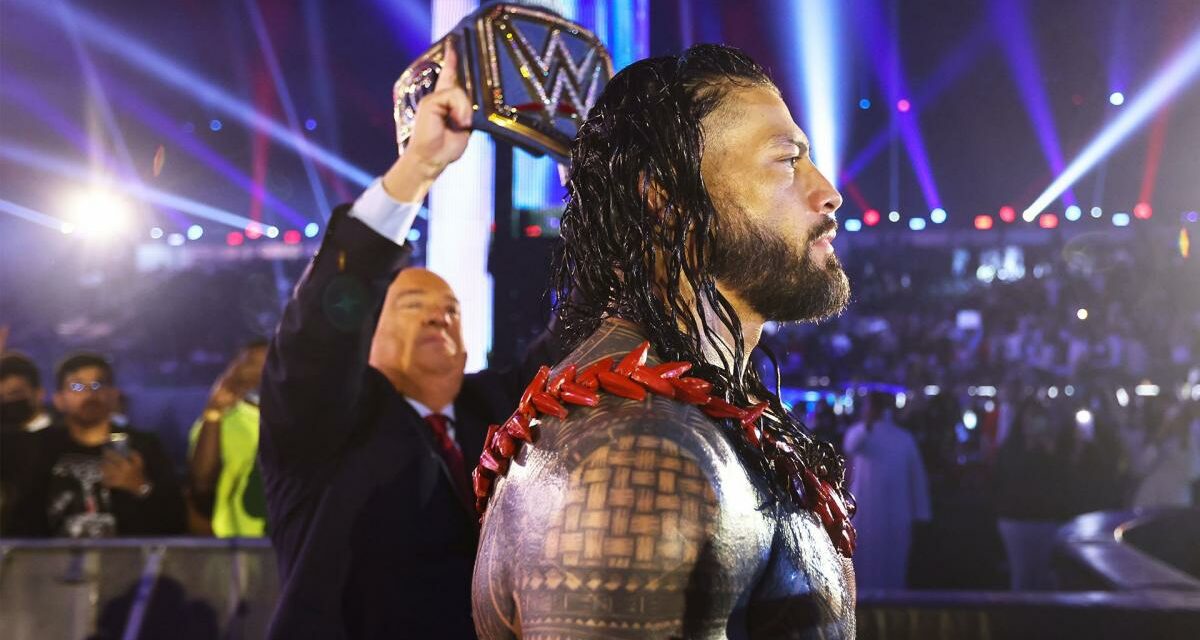 Roman Reigns has muddied the waters even more when it comes to his status with the WWE.

At a WWE house show in Trenton, New Jersey over the weekend Reigns told the crowd that he was moving on to the “new phase” of his career.

“I’ve been here a couple of times in the past 10 years. I’m starting to work into a new phase in my career and I honestly don’t know if I’ll be back here again. If that’s the case, I just want to say thank you for all these years of support,” he told the crowd stepping out of character.

On the latest episode of Wrestling Observer Radio, Dave Meltzer reported that Reigns had indeed signed a new contract with the WWE that sounds like a part-time deal, role. It is similar to Brock Lesnar’s in that Reigns would only work a handful of dates per year.

On the heels of that news Reigns took to Instagram posting a video following The Bloodline’s victory at WrestleMania Backlash that confuses the situation even more.

“What if that is the last six-man tag you ever see The Bloodline do? I believe when it comes to TV and it being broadcast for the entire world to see, that’s only the second one. Y’all freaking out. (Laughs) Don’t worry, The Tribal Chief loves you. I’m not going anywhere…unless I am. Who knows? Anyways, what if that was the last one?” he said.

“We have all of the titles. We’re the very best at what we do. I’m the undisputed WWE Universal Champion. I’m the greatest of all-time. The Usos the longest-reigning Tag Team Champions in the history of WWE. The greatest of their generation, the entirety of the business. It goes without being said. Everything supports it but what if that’s the last time you see us do what nobody can do?” he continued saying fans will “miss them” because they are the “greatest” and they are The Bloodline.

Word is that Reigns is looking to expand his acting career which had included appearances in films Fast & Furious Presents: Hobbs & Shaw, The Wrong Missy as well as television show Cousins for Life.

In an interview on The Michael Kay Show last year Reigns alluded to expanding his career goals which includes work beyond the squared circle.

“I like to think that along the way I just picked up so many skills and experienced so many different things that are going to help me because at the end of the day we all know how this works. This is a young man’s game. You can’t fall down your whole life. You have to get to a point where you can transition. Where you can connect and create new, fresh, evolved content for your fan base and your supporters. I think I have the ability to do that. At the end of the day, it’s about getting into that game, being thrown into that fire and seeing how you do. I have a pretty good track record with being thrown in the deep end and if that’s what happens in Hollywood, I’m looking to swim,” he said.