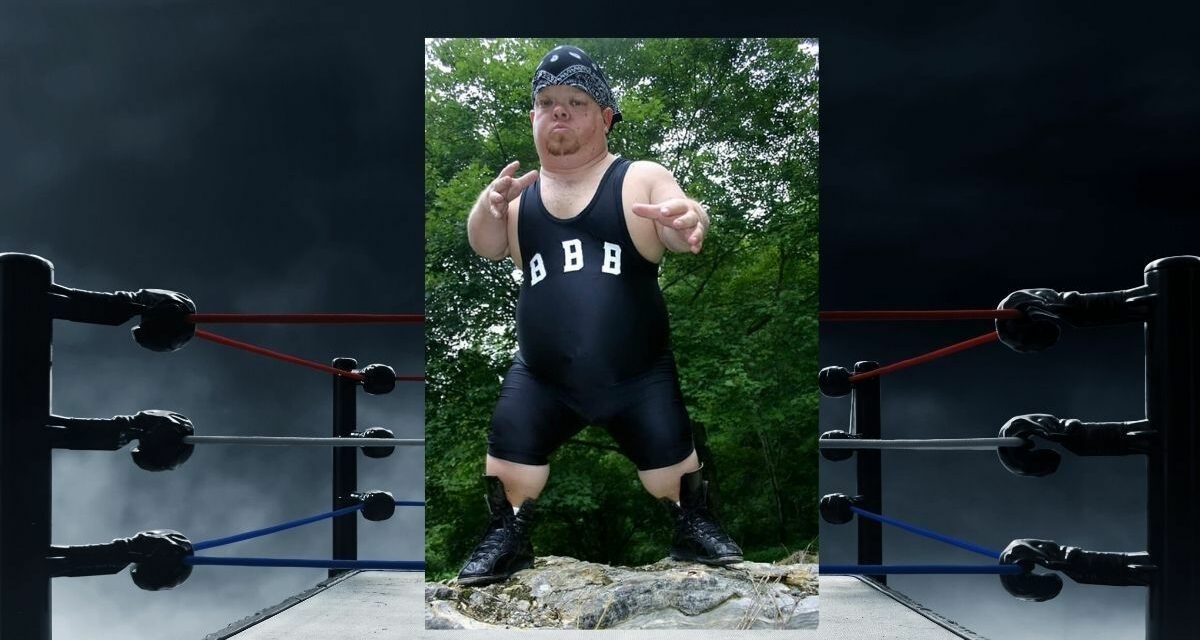 EDITOR’S NOTE: The previous version of this story had incorrectly noted that Blevins was Wink in WWE. He was not. SlamWrestling regrets the error.

“Buck” Blevins was 4-foot-8, and 140 pounds, and broke into pro wrestling in 1992. Besides Bad Boy Buck, he was also known as Tadpole Buck. He did not, as previously reported, work for WWE as Wink.

On his website, Bad Boy Buck noted that growing up in Virginia, he had always been a fan of pro wrestling, and his favorite wrestlers were the Rock-N-Roll Express (Ricky Morton and Robert Gibson), Jimmy “The Boogie Woogie Man” Valiant, and Ric Flair. He described his wrestling start:

At age 10, I asked my Mom “What would you do if The Rock-N-Roll Express came to eat with us?”. She replied, “Don’t get your hopes up, because it will never happen”. Six years later, I was at the old skating rink with my girl (at the time) and my Mom came and told me that someone was at the convenience store, signing autographs. “Who is it?” I asked. She said it was Jimmy Valiant. So I ditched my girl and ran to the store to see if it was true. My mouth dropped to the floor when I saw Boogie. I told him about my interest in becoming a wrestler. He cared. I went to the show with him and we talked about how to get into the profession. He also let me walk him to the ring as his manager.

Two weeks from that epic moment, I went to a graduation ceremony at Boogie’s Wrestling Camp and I met Ricky Morton. The next week, I enrolled in the camp and trained for three weeks. I graduated from a wrestling school in Knoxville in the Fall of 1992. 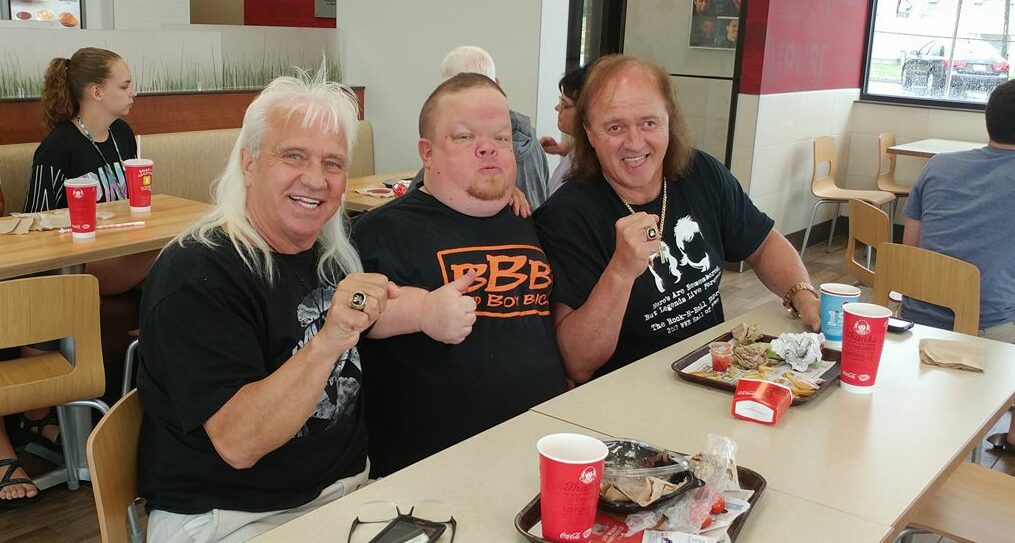 Blevins — born in 1975, with dwarfism — actually started training as a pro wrestling before completing his education in 1994 at Pulaski County High School, in Dublin, Virginia. In high school, Blevins managed the Cougars football team, which won a state championship in 1992, in Group AAA, Division 6. A newspaper article notes that he had a “unique style for retrieving the football tee.”

One player, Tim Davis, posted a memory to Facebook, of Blevins helping the team out: “We used to ask Buck if he would add more Gatorade packets to the 5 gallon buckets because we were planning on going extra hard that day….. he never let us down with the extra sweet! He always took care of us! He loved us and we loved him more.
DDT and Suplex in Heaven Bro!” 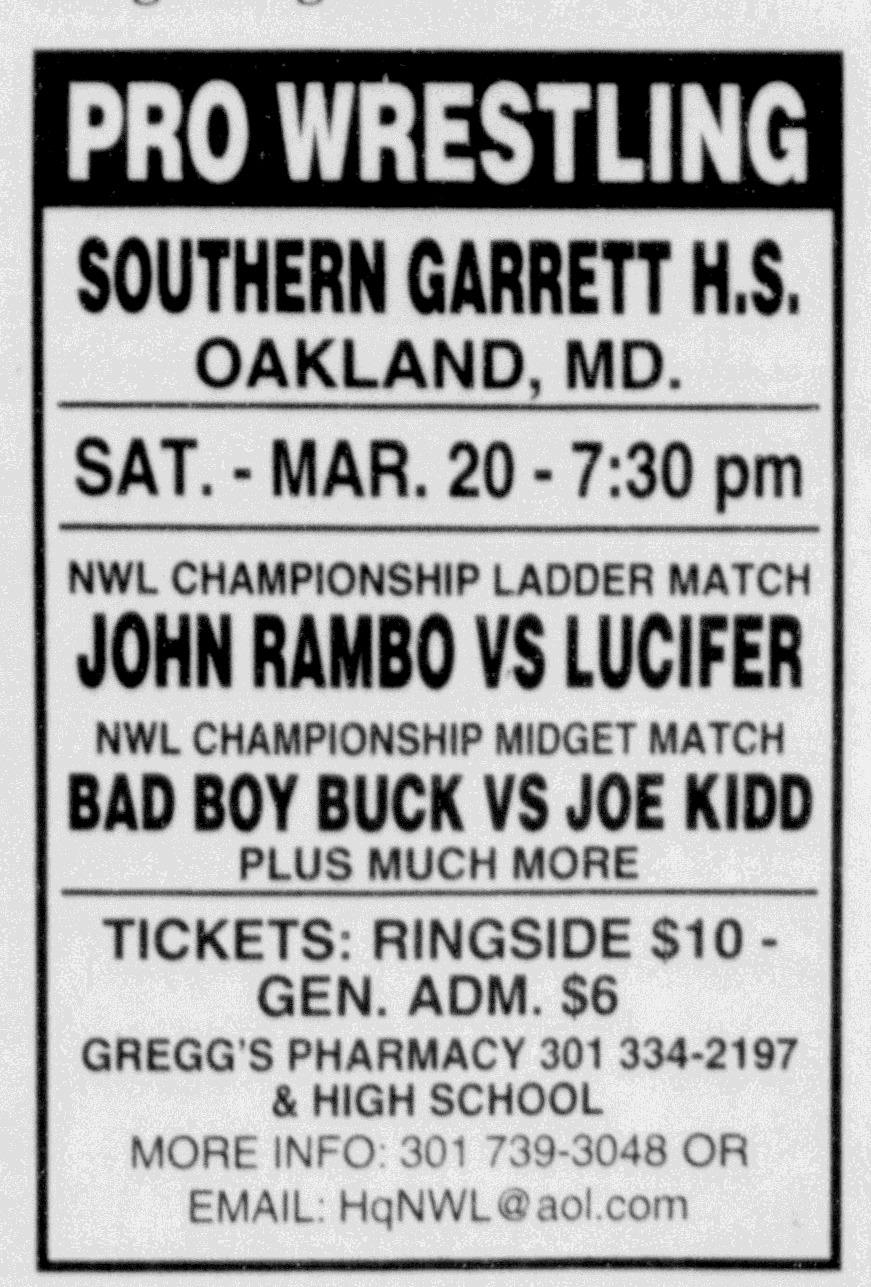 In the National Wrestling League, Bad Boy Buck was NWL Midget champion on one occasion.

Mike Mooneyham did a lengthy interview with Blevins in 2000, and Blevins lamented the lack of wrestling for little people. “Fans always remember the midget wrestling matches. That’s the No. 1 thing they’ll remember. It used to be hot. Women and midgets were two of the hottest gimmicks in the business,” he said. What’s ruined the American midgets is the Mexican midgets (minis). They’re doing all that high-flying stuff. I was taught old school. We do a lot of comedy.”

In the same interview with Mooneyham, Blevins claimed to have been Wink alongside Doink the Clown (Matt Borne), Dink (Tiger Jackson) and Pink, in WWF, in 2000. It was not true.

Some colleagues posted their memories of Bad Boy Buck on social media.

Victor Manual Mercado: I just got some bad news I just found out one of my Midget Wrestling brothers has passed away That I knew over 15 years he was a good wrestler good entertainer And very funny and you will be missed my brother love you fly high rip Bad Boy Buck AKa Bbb

Rick Link: So sad to hear that a dear friend and brother BAD BOY BUCK has passed away…..we wrestled on lots of cards together over the years………

Apparently, Blevins died in his sleep, and was found on the morning of May 7, 2022. He had recently moved in with a cousin in Maryland, and recently Facebook posts noted that Blevins had been battling high blood pressure.